Good afternoon everyone, thank you James.

I hope you all agree it has been a fascinating day with really excellent speakers.

Recently I gave a TED talk which had the title 'New Environmentalism and the Circular Economy'. Some of you may have watched it on YouTube so I will try not to repeat too much of what I have said before but some of the points I made in that talk are highly relevant to this one and need to be repeated.

First, though: How did I become interested in environmental issues?

I was born and grew up in Slovenia, a country rich in nature and biodiversity. I am a farmer's son and spent my childhood in close contact with nature. We are proud of nature in our country and we place enormous value on our forests, lakes, mountains and coastline. In fact more than 37 per cent of Slovenia is covered by Natura 2000 -the highest percentage in the EU.

Although my background is in economics and politics, I am also a citizen of the world and a father of two sons. I've always been aware of environmental issues, whether global ones such as nuclear power, acid rain, pollution, deforestation, species extinction and so on, or more local issues such as property development or motorway routes.

However, I must admit that it was not until I became Commissioner for Environment that I began to fully realise the extent of some of the challenges we face in the 21st Century. Any alien falling to Earth in our times would be struck by the convergence of a number of environmental crises, to all of which we humans seem to be taking an extraordinarily long time to respond adequately:

It's not as if we are not aware of these things. It's not as though nobody cares or nobody has been actively campaigning. We have heard enough warnings, read enough papers, seen enough documentaries and protests, and the public largely agrees that something needs to be done. And yet we seem to be stuck in a kind of paralysis which prevents us from making progress on things on which any alien would think we should easily agree, since we need to make very urgent progress.

For the answers I think we have to look at two elements in particular: Individual behaviour and governance.

There is a good quote from the Polar explorer, Robert Swan. He said "The greatest threat to our planet is the belief that someone else will save it". And he's right. Yes, some individuals believe their actions can change the world, and we all know that if seven billion of us took collective action we could certainly change it, but I think we all know that is not going to happen without some external force directing, or even obliging us.

The vast majority of individuals make choices based on what seems to be best for them. Businesses are similar - if left to their own devices the vast majority will naturally try to make as much profit as possible.

This is normal human behaviour. No matter how aware they may be about environmental impact, an individual will still tend to buy a house, car, washing machine, smartphone, TV and other modern conveniences if they feel they can afford it. As long as each item generates a profit, a business will try to produce as much as possible.

Each individual choice is motivated by what will make life better for them personally (and I am just as guilty as the next person by the way). If there are seven billion people on the planet who all think the same way then the implications for resource use, climate change and biodiversity are staggering. And don't forget that by 2045 we will be nine billion.

Let's dwell on that for a second: The global population rises by more than 200,000 every day. That's a city the size of Brussels every six days. Or a new Germany every year. With all the demand that places on land, water, food, feed, fibre, raw materials and energy. Not to mention the emissions, pollution and waste generated.

If we carry on with business as usual, by 2050 we will need three times more resources than we currently use. And the demand for food, feed and fibre will rise by 70 per cent. Yet more than half the ecosystems these resources depend on are already degraded, or are being used beyond their natural limits. And I have not even mentioned global warming.

We can talk all we like about the importance of education; about individuals taking responsibility for the environmental consequences of their actions; about corporate responsibility. However, it is difficult to overcome human nature and I do not believe that nine billion people are going to change their behaviour voluntarily.

Which brings me to governance (and regulation). We need national and international policies and agreements which restrict individuals' and companies' behaviour. Without it, the environment will always suffer.

And here we come to what is so frustrating for environmentalists: How do we get governments around the globe to take the action needed?

Here I must confess I am very familiar with this particular problem. I am not letting you in on any secrets if I tell you that within the European Commission it has proven very difficult to push through environmental measures during these times of economic crisis. It has proven difficult to integrate environmental considerations into other policy areas. And I suspect almost every Environment Minister in the world will tell you the same thing.

We face constantly the same refrain: times are hard, unemployment is high, job creation and growth must be the priority, not the environment.

Meanwhile, at international level, faith in the UN multilateral negotiating system has taken a battering, in particular after the Copenhagen climate conference. I am well aware from personal experience how difficult, time-consuming and downright tedious some of these negotiations are. I am only too well aware of the 'I won't move unless you do', or 'I won't act unless you pay for it' negotiating tactics. And in the meantime, Rome burns.

It was Confucius who said "when it is obvious that the goals cannot be reached, don't adjust the goals, adjust the action steps".

So far maybe I have sounded like one of the Four Horsemen of the Apocalypse. That is often the case for environmentalists. But I'm not here to talk about the end of times. My message today is - yes we can, if I can borrow that expression from the current US President. But to do it, we have to get past "it's the economy, stupid" in the words of a previous US President.

As a "new environmentalist" I believe that there is reason for hope, because basically the path to economic wellbeing and environmental sustainability are the same.

Not to mention the fact that the sun produces enough energy in one day to power the world for a year.

To do that we will have to break out of our habits. We are locked-in to our resource intensive ways, to our old industrial patterns of production and consumption.

Everything from our infrastructure to our financial systems, from our consumer habits to our business models are inherited from the industrial revolution. Today we need a new revolution.

Mankind's challenge is to turn the creativity and innovation that so successfully exploited natural resources to provide us with health and prosperity, to rolling out those benefits to billions more people, in ways that exploit resources less and cause less environmental pressure and damage.

To get there we will not only need technological development and innovation; we will also need new business models that decrease impact across the whole life cycle of products. We must share, re-use, update, repair and recycle. We must move from a linear economic model, where we extract, produce, use and throw away, to a circular economy model, where waste from one stream becomes the raw materials for another

To do that, we need governments, businesses and investors on board.

To some environmentalists the words 'businesses' and 'investors' are dirty words, symbolic of greed, corruption, inequality and injustice. However, like it or not, we live in market economies and I firmly believe the role of the market will be essential to solving our environmental problems. It is the best means we have, but it is very clear that a free market alone is not enough to bring about the kind of changes we need to see.

The market cannot ensure efficiency in the allocation and use of resources if:

As the situation is today, market forces are too slow and imperfect; the financial, business and economic world takes a too short-term view; and politicians tend to work too tightly only around electoral cycles.

We have to address the prevailing short term logic which is built into all our systems, be it political or economic:

Do you know of a politician that has been re-elected because she or he was defending longer term interests over the short term ones?

Do you know a manager who was rewarded because the profits of his or her company were lower that year, but more sustainable in the longer term?

It is imperative that we built more long term logic into our data collection, reporting systems, rewarding mechanisms, decision making processes. We cannot manage the world of the 21st Century without taking into account the longer term picture and consequences.

My friend Achim Steiner, who you heard earlier, said the following after the Rio+20 Summit:

"We have failed to turn things round in the past 20 years, but underneath that failure there is an extraordinary array of activity and innovation".... "Twenty years ago, we agreed what to do, now we have the tools to do it. If we do not go into the heart of economic policy, we will meet here at Rio+40 even more culpable. Markets are social constructs. They are not a force like gravity. They can be governed."

I agree with him.

But let me be very clear on one thing: We absolutely need environmental lobbying. We need NGOs and individuals who will bring direct action to the streets and to the wilderness. We need awareness raising campaigns, petitions and protests. The 'old' environmentalism is certainly not dead. It is not even remotely redundant. But to succeed, it needs to be accompanied by a 'new' environmentalism which aims at harnessing the power of both business and government and turning them in the right direction.

Together we need to make our governments - and yes, the EU also - realise that it's not just the economy, stupid.

If we can succeed in that then maybe the alien observer will be less surprised by our human behaviour.

Could the Queen's Speech deliver a surprise boost to community renewables projects?

Jeffrey Sachs: We have to tackle climate change if we are to have any hope of tackling poverty 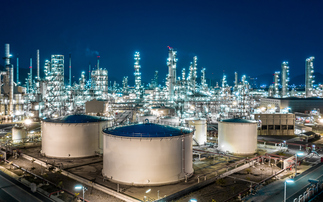 'Wildly irresponsible': How top banks could be risking billions on the petrochemicals industry