Firm chief executive argues that construction is "rocket fuel" for economic growth, but must be done sustainably in order for the country to build back better.

Legal & General has committed to making all the homes it builds operationally zero carbon by the end of the decade, a plan it says will slash customer energy bills and help the UK meet its 2050 net zero target.

The insurance giant said the target would apply to all homes produced by its housing business, including affordable housing, traditional properties, and later living units designed for retirees.

Legal & General said it would gradually achieve 'net zero carbon' across the portfolio over the next decade by installing thermal building fabric and environmental control systems that feature a range of low- and zero-carbon technologies.

Nigel Wilson, chief executive of Legal & General, said the commitment was part of a plan to "build back better" after the coronavirus crisis.

"Construction is rocket fuel for UK economic growth: every pound invested delivers a three-fold economic multiplier and the housebuilding sector provides jobs and vital economic resilience," he said. "But as we accelerate building, we have to avoid stoking up a climate crisis that would be at least as serious as the Covid emergency."

Wilson added that the greener homes would save customers money on their energy bills, curb greenhouse gas emissions, and meet the needs of "investors increasingly focused on sustainable solutions".

The firm pointed out that homes developed by its modular housing business already meet EPC 'A' rating, the gold standard for energy efficiency, and its later living business has recently reduced utility consumption by 30 per cent across its properties, and had been built with space for on-site electric vehicle charging.

The announcement comes less than a week after the government's climate advisory body, the Committee on Climate Change, urged the government to make a sweeping green building upgrade programme central to the UK's stimulus package, warning that the nation's 2050 net zero target was at risk if building energy efficiency efforts were not ramped up. Housing currently accounts for roughly 14 per cent of the nation's carbon emissions and just one per cent of new homes are EPC A, according to the advisory body.

In its progress report on the UK's progress toward net zero, the CCC said the introduction of a Future Homes Standard in 2025 was "long overdue."

The announcement also came on the same day as Prime Minister Boris Johnson announced a raft of planning reforms designed to boost home building across the country, as he vowed to "build, build, build" to drive a recovery from the coronavirus crisis.

Johnson pledged to "build back better" and "build back greener". But the proposals drew a mixed response from green groups, who lamented the lack of detail on the government's long-awaited building energy efficiency plans and warned attempts to streamline planning rules could excerbate environmental impacts.

Julie Hirigoyen, Chief Executive at trade body UKGBC, said "we asked for 'Build Back Better', but what we've got is 'Build Build Build'."

"We welcome a focus on levelling up the fortunes of individuals right across the country through investment in new homes and infrastructure, but a frenzy of building is not equivalent to building back greener," she added. "Such investment must be underpinned by the highest quality outcomes including efficiency, net zero emissions, waste avoidance, social value and biodiversity net gain. Yet on the basis of current Building Regulations and planning standards, none of these outcomes would be guaranteed." 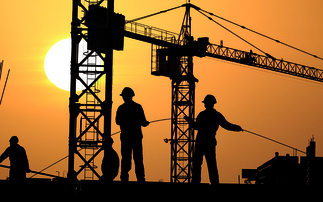 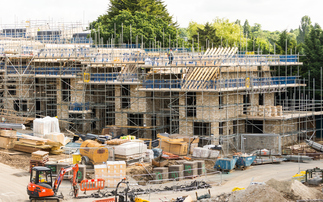 Operation and construction of buildings is responsible for more than a third of energy and industry process-related emissions, findings show 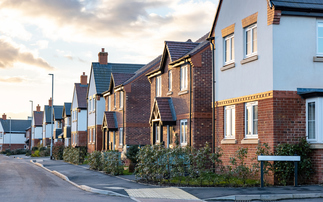 Study: Just one per cent of buildings in G20 economies being retrofitted each year