BusinessGreen Leaders Awards 2018: And the winner is…

All the winners from last night's prestigious BusinessGreen Leaders Awards

Last night around 500 executives from across the green economy gathered at The Brewery in central London for the BusinessGreen Leaders Awards.

It was the most competitive year yet with all the finalists securing praise from the judges. But the winners and highly commended entries were:

In a hugely competitive category, Innogy Renewables Brecha Forest West Wind Farm project was hailed by the judges as an exemplar of how to deliver a major project with minimal environmental impacts, impressive community engagement, and maximised economic benefits and emissions savings.

Investor of the Year

In one of our most competitive categories there could only be one winner, and ultimately Triodos Bank stood out for its full spectrum approach to green investing, its high profile support for renewables, and its proactive role in pushing for a more sustainable approach right across the European banking sector.

Supply Chain Project of the Year

It was another highly competitive category, but BT's pioneering decision to require key suppliers to benchmark their carbon emissions and implement measures to deliver significant savings won out, with the judge's hailing its huge potential to scale up the development of greener supply chains all around the world.

The judges praised this biofuel pioneer's highly innovative approach to turning whisky residues into an advanced biofuel, hailing its world-first use in a standard car, its multi-million pound market opportunity, and its ability to turn a waste product into a clean fuel that promises to cut greenhouse gas emissions by more than 95 per cent.

The RE:New initiative from the Greater London Authority and Capita impressed the judges with the scale of its ambition and the wide range of integrated services that have helped make energy efficiency upgrades and clean tech deployments across the capital a reality.

Globechain's B2B reuse platform impressed the judges with its ease of use, scale, and ability to connect corporates with unwanted equipment to charities that can re-use it, providing a compelling example of the circular economy in action.

Digital Project of the Year

In our new category this year, Axis Europe impressed the judges with its new dashboard for tackling the hugely complex challenge of monitoring and managing waste streams - an approach that has not only slashed paper use and ensured compliance, but also helped the company optimise its waste management.

In another highly competitive category, First Mile's state-of-the-art sack-sorting facility - or Sacktory - won out thanks to its stellar green credentials and impressive performance that has already saved 125,000 KGs of CO2 emissions and helped smash the Mayor's 65 per cent recycling target for London, 12 years ahead of schedule.

Environmental Awareness Campaign of the Year

RE100 - led by The Climate Group in partnership with CDP

In a hotly contest field, RE100 stood out and the campaign to get corporates to switch to 100 per cent renewables has gone from from strength to strength. The judges were hugely impressed by the campaign's global reach and sharp messaging, as well as the catalysing role it is playing for both corporate sustainability strategies and the renewables industry.

Signol's innovative and highly engaging platform for informing pilots of their sustainability performance impressed the judges with its combination of rich data, behavioural insights, and verifiable results, which have already helped cut fleet emissions for one of the world's largest airlines.

CSR/Marketing/Advertising Campaign of the Year

This year has seen some wonderful green campaigns, but it was Ørsted's Love Your Home effort that won over the judges, thanks to its tongue-in-cheek advertising, comprehensive re-branding strategy, and hugely impressive reach and impact.

The UK is blessed with many inspiring sustainability executives, and this year Julia Barrett took the title for her work driving Willmott Dixon's sweeping sustainability strategy, the numerous new environmental initiatives she has introduced in the past 12 months, and her long standing commitment to promoting greener building practices.

In another highly impressive category, Emily Moder was highlighted by the judges for the impact she has had as COO of smart metering specialist SteamaCo and her commitment to bringing clean, affordable, and transformational utility services to off-grid communities across the developing world.

It was a close run thing, but in the end BT won out thanks to a genuinely world-leading climate strategy, which includes a 1.5C science-based target, a goal to cut emissions intensity by a massive 87 per cent by 2030, and hugely ambitious electric vehicle, renewable energy, and efficiency plans.

Sustainability Report of the Year

The judges praised EQ Investors' impressive report for its breadth, engaging style, and commitment to transparency, which effectively showcased the performance of its Positive Impact Portfolios and its engagement with the UN SDGs.

In a highly competitive category Syzygy Renewables impressed the judges with its work to drive the deployment of clean technologies across the property sector, catalysing investments and overcoming barriers to deployment in the process.

In another highly competitive category, the judges hailed Greenhouse PR's commitment to working with some of the UK's most pioneering green businesses and delivering a raft of innovative and eye-catching campaigns that generated thousands of stories all around the world.

The judges were hugely impressed with all our finalists, but it was Verto Homes that earned this year's title thanks to its embrace of the cutting edge Passivhaus standards, timber-based building materials, and pioneering biodiversity strategies that will have to become the norm across the house-building industry if long term carbon targets are to be met.

Any number of clean tech pioneers could have won our Innovation of the Year Award, but in the end it was UPS that edged it thanks to an initiative that is not only helping to make zero emission deliveries a reality, but also demonstrating how the barriers to electric vehicle adoption can be overcome.

In the 10 years since he founded OVO Stephen Fitzpatrick has not only built one of the most successful challengers to the Big Six, he has also emerged as one of the most enthusiastic backers of clean technologies and the low carbon transition. In pursuit of the company's mission of delivering affordable, clean energy for everyone, Fitzpatrick was instrumental in axing coal from its energy mix and stepping up investments in the emerging smart grid technologies that promise to revolutionise the energy industry.

Mary Creagh, MP and chair of the Environmental Audit Committee

This year's Politician of the Year has been at the heart of many of the environmental debates impacting green businesses and the low carbon economy. As Environmental Audit Committee Chair Mary Creagh has consistently argued for bolder and more effective action to tackle the environmental challenges we all face and seize the opportunities presented by clean growth. From air quality and climate disclosure to plastic waste and green finance, Creagh has not only helped steer the committee's impressive and detailed work, she has also effectively raised the profile of these critical issues, holding the government to account and challenging businesses to deliver real progress.

As the driving force behind much of WSP's sustainability work and the man behind its Future Ready programme, David Symons has long been one of the green economy's leading figures. The judges were hugely impressed by his passion for making greener business models a reality, and the passion and insight he brings to both his role at WSP and his position as non-executive director at the Aldersgate Group.

It could not have been more competitive, but in the end there could only be one winner, and it was Ørsted that took the title of Company of the Year thanks to a milestone year for the European energy giant. DONG Energy no more, Ørsted has sought to embody the low carbon transition with its huge investment in clean energy, backing for innovative clean tech, and industry-leading communications efforts.

For three decades Dame Polly Courtice has been at the forefront of the UK's green economy, pioneering new thinking, promoting best practices, and calling on political and business leaders to recognise the critical importance of sustainability.

As Polly has written, she is an optimist who, after almost 30 years thinking about environmental issues, remains "convinced that we can address many of these challenges through real transformational leadership".

As this year's Lifetime Achievement Award Winner, BusinessGreen would like to honour Dame Polly Courtice for the simple reason that one of the main reasons for such optimism is the work she has done to drive sustainable business thinking up the agenda. 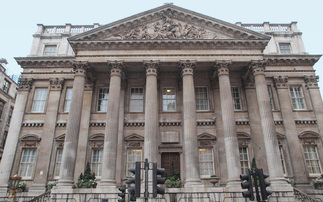 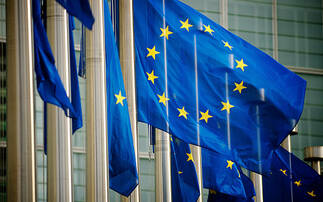