At last year's BusinessGreen Leaders Awards, Christiana Figueres, the former UN climate change chief and winner of the evening's Lifetime Achievement Award, issued a challenge to both BusinessGreen and the UK's green economy. In the coming years, she said, these awards need to switch venue because they will have become so large they could sell out The Oval.

Her point was not lost on any of the 500 green business leaders and sustainability executives in the audience. To tackle escalating climate risks the world needs to start cutting greenhouse gas emissions sharply from 2020 at the latest. In order to do that, the green economy and the sustainable business models and clean technologies that drive it need to scale up so rapidly and boost their profile and influence so effectively that the UK's pre-eminent green business awards really should end up filling one of the capital's largest venues.

This year's BusinessGreen Leaders Awards won't be switching to The Oval just yet, but Figueres' challenge to our readers still stands. As the UK looks to deliver on its new Clean Growth Plan and 'green Brexit' strategy, the government prepares for its Green Great Britain Week, and countries around the world step up efforts to honour the Paris Agreement, there has never been a more important time for leading green businesses to celebrate their success and promote their trail-blazing innovations.

The BusinessGreen Leaders Awards 2018 - now in their eighth year - will take place on the evening of June 27th at The Brewery in London. We are today inviting businesses, NGOs, public sector bodies, investors, entrepreneurs, and executives to submit their entries for the UK's most prestigious and highly coveted green business awards.

The deadline for entries is 16th March and the shortlist for this year's awards will be announced in early April.

"The BusinessGreen Leaders Awards are always a massively enjoyable evening, featuring inspiring keynotes, fantastic keynotes, and bringing together green leaders from across the business, political and campaigning community," said BusinessGreen editor-in-chief James Murray. "But they are also an invaluable opportunity to raise the profile of the invaluable work green businesses are doing across the UK and publicly showcase the innovations that are driving the green economy forward. I would urge any organisation working in this crucial sector to consider entering this year's awards and joining their peers in celebrating their many successes."

Previous winners of the awards include leading blue chip firms such as IKEA, Heineken, UPS, and the Crown Estate, exciting clean tech businesses such as POD Point, Good Energy, and Ecosurety, inspiring NGOs such as Carbon Tracker and Hubbub, and leading politicos such as Sadiq Khan and Lord Deben.

Ecosurety's James Piper said winning an award last year had delivered a range of benefits for the business. "Winning this award has brought significant attention to our vision to see recycling maximised in the UK, which is in part due to the prestigious reputation of the awards among the sustainability industry," he said. "Business Green is at the forefront of an increasing dialogue with companies and manufacturers that show a keen interest in doing more to make the most of their recyclable material, and which want to present their environmental credentials to their end customer."

This year is BusinessGreen is seeking entries in a range of high profile categories, such as Renewable Energy Project of the Year, Sustainability Executive of the Year, Small Business of the Year, and the prestigious Company of the Year.

Unlike many awards, the BusinessGreen Leaders Awards aim to be as accessible as possible and do not require an entry fee. However, in order to be able to invest in both hosting the event and continuing to provide BusinessGreen's daily news on a free to air basis, the terms and conditions do require all finalists to book their place at the awards ceremony once the short list is confirmed. As such all entrants are advised to check they are available to attend the Awards before submitting an entry.

"With the green economy setting new records and both the government and the opposition talking up the importance of green business it is more important than ever that organisations actively promote their environmental achievements," said Murray. "For eight years the BusinessGreen Leaders Awards has provided the green business community with a chance to celebrate their success and a platform to highlight the amazing work being done across the sector.

"We hope many of our readers will join us this year in showcasing the immense progress the green economy is making. Who knows, perhaps next year that continued progress could even see these awards meet the challenge set by Christiana Figueres."

A net zero chain reaction: The case for eCollaboration 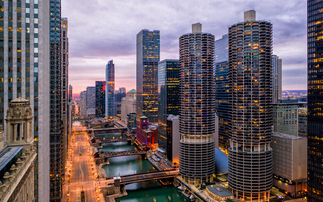 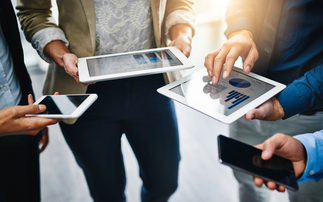 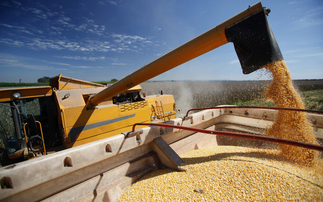 Study: Companies and investors that fail to prepare for land use transition could lose billions

Food and agriculture companies and their investors are failing to adequately price in the financial impact of coming 'land use transition', UN study warns