US joins over 100 countries in calling for an agreement that recognises 1.5C temperature goal and five year review cycles

A group of 100 countries dubbing themselves the 'high ambition coalition' have demanded the current draft negotiating text at the Paris climate summit be strengthened, declaring they will block any attempt to impose a "minimalist" agreement.

The group announced late this afternoon that it has grown to include the US, alongside the EU and a raft of developing and climate vulnerable states, including the Marshall Islands, Mexico, Colombia and Gambia.

Speaking to reporters, Marshall Islands Minister for Foreign Affairs Tony de Brum said the group took in countries that were "big and small and rich and poor".

He added the coalition would "not accept" a "minimalist agreement" and would demand that any final deal includes a mechanism for increasing ambition over time, a recognition of the proposed 1.5C temperature goal, a clear pathway for a low carbon future, a five year review process, and a climate finance package.

"We will not be trading off any of these ambitions," he said, adding that while the current draft negotiating text contained these proposals work needed to be done to see them confirmed.

European Commissioner for Energy and Climate Change Miguel Arias Canete said the current text was "not bold enough and not ambitious enough", adding the group would "not accept an agreement that was not fit for purpose".

Crucially the group's position was backed by US climate envoy Todd Stern, who said the coalition was "exactly what we need right now".

However, China, Brazil, India, South Africa and a host of other emerging economies are notably absent from the group.

The coalition publicly set out its red lines just an hour before all countries were scheduled to meet to discuss the latest version of the text released earlier this afternoon by the French presidency.

The new text attempts to focus the negotiations on the three largest sticking points in the talks: differentiation between developed and developing nations, climate finance, and the overall level of ambition of the final agreement.

At the evening meeting French President Laurent Fabius urged Ministers to work through the night on the outstanding issues with a view to delivering a new text early tomorrow afternoon.

Speaking at this evening's meeting South Africa's delegation stressed the G77 + China group were concerned the text failed to properly recognise differentation between nations, marked too great a break with previous agreements, and failed to offer sufficient progress on a range of issues, including loss and damage. However, the delegation also said the text provided a basis for further negotiation.

Speaking earlier in the day, Stern insisted there was room for an agreement on differentiation. "Secretary Kerry is not saying every country has to do the same thing," he said. "We don't expect countries to act out of their capacity." He added that there was a difference between the differentiated system the US and others are pushing for and the current bifurcated system that imposes a dividing line between annex one and non-annex one nations.

However, a number of emerging economies are also said to be resistant to proposals to set a 1.5C temperature goal and reluctant to back a formal five year review mechanism that starts from 2020.

Observers this afternoon said the talks were making faster progress than expected, but now faced a crunch period when countries keen to deliver a less ambitious agreement could block the French Presidency's plan to move the negotiations onto the three key remaining areas of political disagreement.

Michael Jacobs, Visiting Professor at the Grantham Research Institute on Climate Change and the Environment, told reporters that the talks had so far exceeded expectations.

"At this point in the Copenhagen Summit we'd stopped talking," he said of the last attempt to deliver a new international accord. "The mood is incomparably better than Copenhagen and better than I expected it would be here."

However, Celine Herweijer, partner at PwC, predicted the talks would now run through the night. "As to be expected, the more contentious issue of finance, loss and damage, differentiation, ambition and the long term goal of 1.5/2C all still need to be agreed," she said. "Even with the 8pm deadline it looks like negotiators are in for a long night."

John Kerry: COP21 could be liable for 'moral failure of historic consequence' 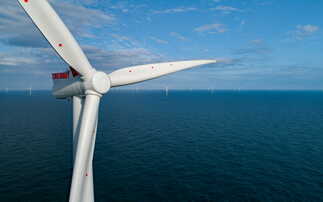 As the Prime Minister steps down, the latest round of flagship contract for difference auction secures almost 11GW of clean energy capacity from raft of renewables projects 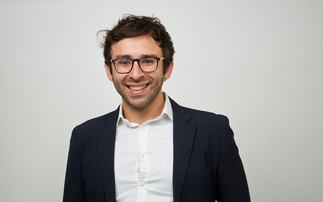 Mobilising private finance to meet climate goals should be a core focus of the green finance roadmap currently being drawn up by ministers, writes UKSIF’s Oscar Warwick Thompson 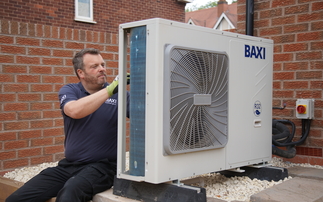 'Electric households': How the average UK home could save nearly £1,200 a year

As the government unveils plans for a new Low Carbon Heat Scheme, calculations reveal the huge savings on offer for households switching to clean technologies