COP21: Ministers to work through night in pursuit of compromise deal

Ministers have been told they face a long night of negotiations as the French Presidency of the COP21 summit this afternoon released a slimmed down negotiating text designed to focus attention on the few remaining contentious issues.

The new text has been reduced from 43 to 29 pages, while three quarters of the square brackets denoting areas of disagreement have been removed. "The aim of the text is to enable us to have an overall view of progress made and to focus on open questions that still need to be settled," said Laurent Fabius, president of the talks and French Foreign Minister.

He said the talks remained governed by the principle that "nothing will be agreed until everything is agreed". But he insisted the system of ministerial-led working groups had delivered substantial progress on the issues of technology transfer, forests, capacity building, and climate adaptation.

He claimed ministers were "close to concluding" a deal on the transparency framework, which will govern the eventual agreement and were focused on reaching consensus on the principle of loss and damage, which looks at how to help poor and vulnerable countries hit by climate shocks.

"On all these issues, on which the parties have been building consensus over the past few days, we are communicating to you a clean text," he said.

Fabius said the slimmed down text had also "clearly identified" the contentious areas where a political agreement still needed to be delivered, highlighting on-going disagreements over the principle of differentiation between rich and poor nations, climate financing, and the overall level of ambition of the agreement - shorthand for the on-going debate over a long term decarbonisation target and 2C or 1.5C temperature goal.

Ministers now have until 8pm to assess the new text with Fabius inviting delegations to reconvene this evening when they will be advised on how the next stage of the negotiations will proceed.

He said ministers needed to be ready to work overnight and tomorrow, urging them to now focus on finding a "point of equilibrium" that would allow them to reach a compromise on the three areas where political agreement was still needed.

The French hosts are continuing to push for a final agreement to be delivered by late Friday afternoon, but deep dividing lines are evident on the crucial unresolved issues, while concerns remain some nations could seek to delay the talks further by challenging the latest text's summation of the areas where it is said consensus is close to being reached.

Earlier today, Prakash Javadekar, India's Environment, Forest and Climate Change Minister, underscored the country's calls for the text to retain clear differentiation between rich and poor nations. "Differentiation is the cardinal principle and differentiation has to be across all pillars," he told reporters.

A number of industrialised nations are calling for a reassessment of how countries are divided into annex one and non-annex one blocs, noting that six out of 10 of the world's richest countries by GDP per capita were currently classified as non-annex one developing nations.

Javadekar hinted some form of compromise could yet be delivered, but insisted differentiation had to consider historical responsibilities as well as current capabilities.

"There are two influences to the division [between developing and developed countries] and one is historical," he said. "We are experiencing 0.8C temperature rise today and it impacts India and many other countries. It is the historical responsibility [of industrialised nations] which will not be wished away by one draft... But as we said differentiation across all pillars can be well articulated, taking account [of] the present circumstances. That, I think, is the hard negotiation part."

He also rejected calls by some countries for all national climate action plans or INDCS to be updated prior to 2030. "If some countries want to update their own that is a different issue," he said. "It is a voluntary thing."

Observers said the talks were now well positioned ahead of the final push to deliver an ambitious agreement.

"The French Presidency has done a very good job in moving negotiations forwards and ensuring there is positive momentum towards a deal after the ambition generated by global leaders last week," said Germana Canzi, senior international analyst at the Energy and Climate Intelligence Unit (ECIU) think tank.

"Ministers have clearly made huge progress in the last few days, but there are still issues to be resolved, including on the long-term goal that is ultimately needed to solve climate change. Many countries have come into negotiations recognising that a clean energy transition and a decoupling of emissions from economic growth are underway already, but Paris could be a key accelerator towards the end of the fossil fuel age."

The new text reflects the split between countries on the issue of differentiation, in terms of the efforts required to reduce greenhouse gases. One option on the table, presumably put forward by BASIC countries including India and China, requires only Annex 1 countries "shall undertake quantified economy-wide absolute emission reduction and limitation commitments/targets".

A second option on the table says "each Party that has previously communicated absolute economy wide emissions reduction or limitation targets should continue to do so and all Parties should aim to do so over time".

Stephanie Pfeifer, chief executive of the Institutional Investors Group on Climate Change welcomed the new draft text. noting that all the "key ingredients" remain in the text that could a robust agreement this week.

"It is encouraging that text which would establish a clear long term decarbonisation goal over a defined timetable remains a possibility," she said in a statement. Since time is of the essence, we hope that all Parties will regard this draft agreement as a good basis for the final stretch of negotiations."

John Kerry: COP21 could be liable for 'moral failure of historic consequence' 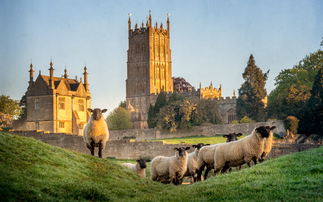 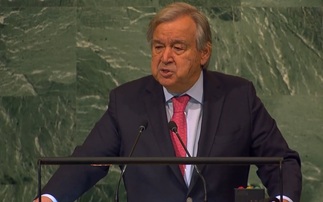 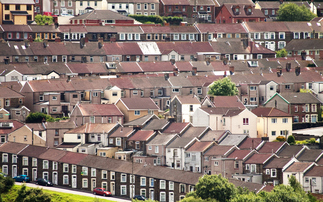