Because it's worth it: L'Oréal's Nathalie Bleach on the beauty giant's revamped sustainability strategy

As L'Oréal embarks on the next phase of its sustainability programme, BusinessGreen speaks to UK operations director Nathalie Bleach about plastic, environmental labelling, its growing delivery business and the firm's 2050 net zero mission

L'Oréal is very proud of its first ever sustainability strategy. Just last month, chief executive and chairman Jean-Paul Agon dubbed the programme "the most fantastic thing L'Oréal did in the last seven years", noting that it had ushered a dramatic "paradigm shift" for the French beauty firm.

In numbers, the firm has reduced its absolute operational carbon emissions by 78 per cent since 2005, speeding past its 2020 target of 60 per cent, while achieving carbon neutrality at several dozen sites and reducing its water consumption by more than half. More qualitatively, L'Oréal now positions itself as a leader in the field of corporate sustainability, the type of company that scoops up AAA ratings from CDP and deems environmental and social responsibility critical to its business. Having already had its carbon goals approved by the Science-Based Targets initiative, the firm last year formally committed to becoming a net zero emissions business by 2050.

It should come as no surprise, then, that the company's second generation sustainability plan - launched last month - does not suffer from a hold back on ambition. On top of promising to funnel €100m into circular economy and projects boosting biodiversity by 2030, it outlines a series of environmental and social goals geared at keeping the world's largest beauty company's operations and value chains within 'planetary boundaries' ­- environmental red lines scientists have warned will compromise life on earth if crossed.

"It's no longer just about reducing our environmental impact," Nathalie Bleach, L'Oréal UK and Ireland's (UKI) head of operations, tells BusinessGreen. The new plan, dubbed L'Oreal for the Future, sets out how the company will exert its considerable influence - it sells more than seven billion products a year in more than one hundred countries - to help suppliers and consumers make more sustainable choices. "We are talking more about planetary boundaries, rather than just our reduction of CO2 and waste," Bleach says. "It's much bigger, in terms of scope."

The new plan, launched at a time when the danger of abusing planetary boundaries is arguably more obvious than ever before thanks to the animal-transmitted pandemic, will see the company accelerate its efforts to reduce the environmental footprint of its consumers, partners and suppliers, while making further advances ongoing efforts to reduce the carbon, waste and water impact of its sites and products. Among a wave of new commitments are promises to make all its operations 'carbon neutral' by 2025 and to reduce consumers' greenhouse gas emissions by 25 per cent through product innovations, like inventing "rinse-off" products aimed at reducing the amount of time people need to spend in the shower, and various other customer outreach programs. A new digital labelling mechanism will be introduced by the end of decade that scores products from A to E on their environmental and social impact on their product pages.

Bleach believes L'Oréal is primed to adopt a more ambitious strategy, noting that sustainability has graduated from being solely the remit of operations to a company-wide responsibilty. "If we look at our journey, back in 2005, the programme was more led by the operations team because obviously we manage the factories, the distribution centres," she explains. "But one of the biggest learnings we've had is that everybody has a role to play."

Small steps led by various teams across the UK and Ireland offices have played important roles in helping the division reach its environmental targets, she says, from initiatives remove plastic cutlery in company kitchens to cutting back on printing. "Ambitions might be huge, but let's take it one step at a time, let's start with one brand, then we can replicate it," she adds.

Across L'Oréal UKI, 'green teams' drive sustainability programmes that often end up snowballing across the company, and a biweekly newsletter keeps employees abreast of progress and contributes to an agile "innovation mind-set" which Bleach says is particularly characteristic of the UK and Ireland operation. "There's lots of things that are being done in Paris," she says of L'Oreal's global headquarters. "But Paris is also looking at us because they know that in our mindset, we're going to look at the other things that maybe aren't the big picture because they're managing that."

L'Oréal UKI has already sped past the company's target of achieving 60 per cent carbon and waste reductions by 2020 compared to a 2005 baseline, she notes. And the country office is working hard to inch its total water reduction up from 58 today to 60 per cent target by the end of the year. "We are currently looking at how we could use rainwater for toilets at our distribution centres," she says. "That's why every little thing helps."

Bleach muses that a sophisticated and energised network of sustainability-focused individuals spread across the firm will help accelerate the company's next chapter of commitments. "Because we are so much more inclusive and because we've onboarded and empowered the wider teams, I'm super excited at what we will be able to do," she says. "More people working on this will have bigger impact," she says

Looking to the future, Bleach says decarbonising last-mile deliveries for online orders is one of the firm's top priorities, particularly as e-commerce has surged since the Covid-19 pandemic struck. Online sales at L'Oréal grew by 53 per cent in the first quarter of 2020 compared to the year prior, as coronavirus lockdowns multiplied across the world and shuttered retail outlets. E-commerce is now responsible for roughly 20 per of the company's revenues, up from five per cent in 2014, according to company data.

"With the growth of e-commerce broadly, and especially in the UK, during Covid, I'm very conscious about the sustainability impact of e-commerce," Bleach says. "We are looking specifically at the type of packaging we're using for delivery as well as the way we deliver, and increasing the number of green vehicles." L'Oréal UK has partnered with a firm that relies on green vehicles and green depots to get packages to customers' front doors, she says.

Reducing plastic use in packaging is another priority for the firm as it works towards its goal of ensuring all its plastic is either recycled or 'bio-based' by 2030. The issue is particularly pressing in the UK, Bleach reflects, pointing to a "stronger awareness" around plastic waste compared to other European markets she has worked in. The company has a partnership with the UK's Ellen MacArthur Foundation, and Bleach says one of her colleagues is working hard to try and develop an alternative to the plastic wraps the firm uses to keep product deliveries secure.

And, true to its fresh commitment to drive change beyond its operations and impact, L'Oréal is hoping to unite the wider beauty industry behind a plan to introduce digital sustainable and environmental labelling for its product range.

At L'Oréal, products are set be graded from A to E depending on their environmental impact, based on factors that account for greenhouse gas emissions, water scarcity, ocean acidification and biodiversity impact. It hopes the digital labelling system, which will be rolled out to Garnier's French hair care products this year, will encourage consumers to make more sustainable choices. The labels will be published online on product pages.

The company intends to share its methodology for the digital labelling system - which was developed by specialists four years ago but approved by a separate group of experts' this year - with its competitors, in a bid to encourage wider adoption. "The idea is that by 2030 this will be common practice and something that is just expected," Bleach explains. The plan, she adds, is to "raise the bar of the whole market and not just for L'Oréal. It's for the better good".

The beauty giant has certainly come a long way in its sustainability journey over the past decade. Yet with L'Oréal boss Agon frequently cited as an instrumental force in driving the company's along that path, is Bleach concerned that the end of his tenure as chief executive in the autumn could mar or slow environmental progress? She says not. "Sustainability is now so embedded in our culture, the way we do our business, in the way of our brands and the way products are developed. A new CEO is not going to change that."

"Sustainability," Bleach adds, "is not a flavour of the month, but a social license to operate."

Realising a digital twin of the natural environment

Universities must lead by example when it comes to boosting biodiversity 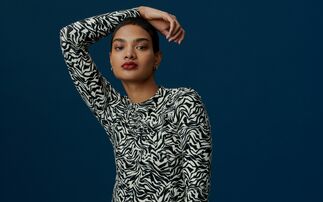 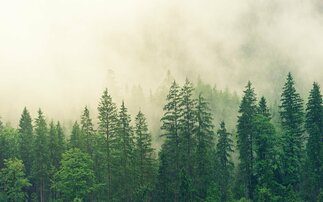 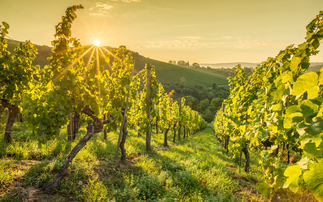