Couple told to pull down £20,000 development despite being encouraged by local council to go ahead

A couple living on the banks of the River Thames have been ordered to pull down their solar array after the local council branded the panels a threat to future generations.

James and Joy Skinner, both 81, decided to install the £20,000 system on their roof and wall two years ago, encouraged by three officials from Hounslow Council who said they foresaw no planning issues.

Hurried on by a salesman, who urged them to cash in on the feed-in tariff before it was cut from 21 to 16 pence per kilowatt hour, the Skinners were keen to forge ahead with the plan to fit panels on their house in Chiswick.

Joy called three departments at the council and was told by each that they could fit the panels quickly in order to meet the feed-in tariff deadline and then apply for planning permission retrospectively.

The couple officially live in a designated conservation area, where residents cannot install panels on walls without planning permission. However, as their house faces Fuller's brewery and is on a relatively busy street they were hopeful that it would not be opposed.

"We called up the planning department, highways department and the energy officer and all three said you have to do it at your own risk," explains James, a former chairman of the New Economics Foundation think-tank.

"But when we asked how much of a risk it was, they said: 'Well it's not overlooked by any house as it's looking at a factory wall, it's not a listed building, so it sounds as if it should be OK'. The energy officer waxed lyrical about it and said he really liked the idea because it would be a great advert for solar. Cheered on by this we really got a move on and just managed to get it all done by [the feed in tariff deadline of] 31 July."

But weeks later, the Skinners received a letter confirming that their planning application had been rejected and asking them to take the panels down. The council had consulted neighbours and the Old Chiswick Protection Society and received six objections and five responses in favour.

But the Skinners believed that many of objections were from local residents in the habit of opposing any application. So they conducted their own poll, asking 168 passers-by and local residents what they thought. They found a starkly different result. Just two were against the panels and 166 were in favour. Many even failed to spot the solar array in the first place.

Believing they had a strong case to challenge the council's decision, the Skinners appealed, but the planning inspector still ruled against them on the grounds that the panels are harming the character of the conservation area for future generations. Again, he demanded the panels should be pulled down.

"The solar panels, despite being installed only to the upper stories, appear as an incongruous feature, which detracts substantially from the character and appearance of the conservation area," said the inspector's report. "It is noted that there is considerable support for the appellant. However, that does not negate the harm to the conservation area which... should be conserved so that it can be enjoyed for its contribution to the quality of life of this and future generations."

The irony of the inspector's findings is not lost on the Skinners as they watch the level of the Thames in front of their house rise during the wettest winter ever recorded. As an long-standing environmentalist, James says he is keen to do his bit to tackle climate change.

"It is extraordinary that the success of the fossil fuel lobby is so great that there is now a change taking place," he says. "Renewable energy investment is now falling and I think [our case] is directly involved with exactly that issue."

He fears that others seeing his panels stripped off the walls will be warned off from fitting their own - precisely the opposite effect of what the council's energy officer had hoped for.

But the case is complex and underlines the confusion that surrounds solar developments in conservation areas. The Skinners find it difficult to accept that they cannot install solar panels on a street which is regularly blocked by lorries queuing to access the brewery opposite.

"It seems to me so extraordinary and unfair that the council should treat this road in one way themselves, and then [treat it differently] when we're trying to do something that is frankly not of financial benefit to us - in so far as we're in our 80s and not expecting to reap the returns" says Joy. "So we are trying to do this in the public good, for the future of our children and grandchildren."

Leonie Greene of the Solar Trade Association agrees that the case shows how both industry and government need to do more to clarify the planning restrictions around solar power. While the council may have been right to warn the Skinners that they would eventually need planning permission, she argues they should have been less enthusiastic in encouraging them to go ahead, only to change their minds weeks later.

"There's a lot of confusion around the rules in conservation areas and councils as well as homeowners are often confused about what they can and can't do," she says. "If people are in doubt, they need to talk to the local council, but in this instance James did, which suggests the industry and government need to do more to make the planning rules clear."

"Permission for these panels was refused due to their impact on the character and appearance of the Old Chiswick Conservation Area, and it was not shown that the panels would produce more energy than other renewable energy sources, or that it could not be situated elsewhere in the site," a spokesman for the council told BusinessGreen. "We do recognise the need for more renewable energy sources, but this does have to be balanced against preserving an area so it can be enjoyed for its contribution to the quality of life of this and future generations."

After seeking legal advice, the couple are now hoping to salvage some of the scheme, by relocating a few panels to the roof. But strangely for Joy, the energy officer at the council who once waxed lyrical about their plans, has not been available to take her calls since. 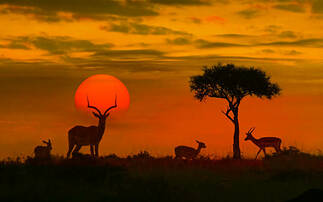 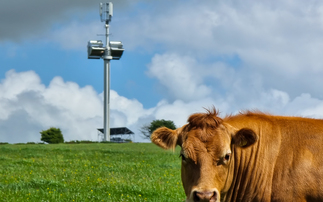