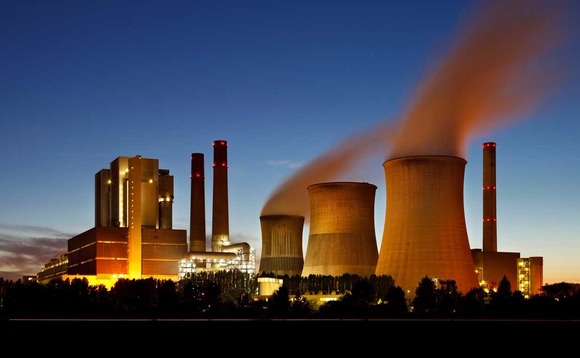 New Year is a disorientating time of year, even without the backdrop of a still-rolling global health crisis. The mix of celebratory elation and self-improving resolutions coupled with the onset of the 'January blues' and the creeping realisation the vast majority of resolutions are broken before the clocks go back makes the first week on the calendar something to be both enjoyed and endured.

It is a dichotomy all environmentalists will be painfully aware of, not to mention one they will be feeling more acutely than ever this year.

Somewhat surprisingly climate change dominated the discourse over much of the festive period, thanks to a brilliantly marketed climate disaster parable that has become Netflix's most successful production to date and a cynically timed gambit from the handful of Conservative MPs opposed to ambitious climate action designed to secure front page coverage over the Bank Holiday weekend attacking net zero policies.

The backdrop to these stories is the stark realisation - amplified by the New Year's record breaking high temperatures - that for all the progress that has been made to decouple economic growth from global emissions the world is still a long, long way from averting an escalating climate crisis, and what's more some powerful people like it that way. Don't look up, indeed.

Last week the climate scientist Glen Peters published some predictions on Twitter, which he would love to see proved wrong. As he explained, it is "hard to see anything other than fossil CO2 emissions growth in 2022". If coal demand stays flat, oil demand rebounds as the economy continues to recover, and gas and cement emissions remain on trend then we're looking at a 1.8 per cent increase in emissions this year.

"If oil returns to 2019 levels in 2022, a 6.4 per cent growth, then coal would have to drop about the same amount to avoid growth in CO2 emissions in 2022. That is a big drop..." Peters wrote. "Since strong growth in oil is expected in 2022, it is really hard to see how CO2 emissions growth can be avoided in 2022, without a major reduction in coal use. Unless, of course, we actively use policy to try & avoid emissions rising."

Emissions may remain below their 2019 pre-Covid peak, but it looks set to be a close run thing. By the end of this year, the world will be almost a third of the way through the decade that is meant to see a rapid reduction in global emissions. But barring drastic developments emissions levels will be largely flat - that is to say miles away from the deep year-on-year reductions that are needed to move the world on to a 1.5C warming trajectory.

Meanwhile, as I argued last month, governments both domestically and internationally face an immense challenge as they attempt to deliver on the promises of the Glasgow Climate Pact at the same time as navigating a global energy supply crunch that will provide succour to those who insist the answer to both the climate crisis and the gas price crisis is to drill for more fossil fuels.

Consequently, the latest projections from the influential analysts at SEB that renewables investment is set to soar by around 25 per cent to a record $400bn this year is a classic good news-bad news story.

Increased investment in renewables, coupled with the record surge in green bond investment SEB is also predicting, is obviously hugely welcome. It will drive economies of scale and competition, in the process further demonstrating that renewables are now the default option for new energy infrastructure in many countries around the world.

But at the same time it seems bizarre that investment will only increase by 25 per cent at a time when it is fossil gas prices that are threatening to choke off any post-pandemic economic recovery. At the corporate level, Power Purchase Agreements with renewables developers offering long term price certainty look like a better deal than ever before. At the governmental level, the dangers of our reliance on gas in a decarbonising and climate ravaged world have become painfully apparent. Meanwhile, cost competitive renewables and energy efficiency are both sitting there as the under-utilised answer to the current crisis. A 25 per cent increase in investment is not nearly enough.

As the New Year gets underway the defining question for politicians, businesses, and the climate movement is simply, how do we go faster?

The technological, policy, social, and economic trends needed to transition to a net zero emission economy are all in train, but not one of them is moving nearly fast enough to avert 2C of warming, let alone the more ambitious 1.5C goal.

There are legitimate concerns that a transition that moves too quickly, that 'moves fast and breaks things', will stoke a public backlash that derails the long term mission that gets us to net zero emissions. These concerns will become ever more prominent in the coming weeks and months as soaring energy costs become a red hot political issue. But such fears are also at risk of being weaponised by those who do not accept that climate change is a threat and have no interest in decarbonising in either the short or long term.

Moreover, while it is always critical to ensure the costs and benefits of the transition are fairly shared it is virtually inconceivable that we can slow the pace of decarbonisation and still avert a genuinely catastrophic climate crisis. We need to be going faster, not slower, in this transition.

How, then, do we go faster? And how do we go faster in the face of opposition from influential peddlers of bad faith arguments and governments that put the fiscal brakes on decarbonisation initiatives as soon as they offer the vaguest hint they may be able to progress leisurely along on their own two feet? How do we close the emissions gap that with each passing year is turning into an emissions chasm?

These are the questions that should define this year, and beyond. In searching for the answers, perhaps we should start by looking up. 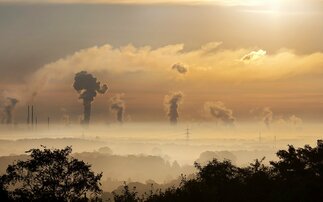