To mark the launch of this year's BusinessGreen Leaders Award Hub, James Murray reflects on a remarkable few months for the UK's burgeoning green economy

It wasn't planned. The BusinessGreen Leaders Awards has frequently coincided with one of the hottest days of the year, leaving the finalists sweltering in their dinner jackets and gowns. But it has never before coincided with a period when the green economy was quite such a hot property, when the challenges and opportunities that shape the sector were headline news each and every day.

The ninth annual BusinessGreen Leaders Awards this Wednesday will take place just a few hours after The Time Is Now mass lobby of Parliament, which will see an estimated 14,000 people descend on Westminster to call upon MPs to deliver bolder climate and environment policies to back up the government's recent net zero emission target. In another remarkable piece of timing, the protests and awards could take place on the same day as the House of Lords approves the statutory instrument that amends the Climate Change Act and finalises the UK's new net zero emissions by 2050 goal. Parliamentary timetables can always change, but the legislation that promises to completely reshape how our economy operates over the course of a single career could be on the statute book before the week is out. For the 500-plus executives from across the green economy who will join us at this year's awards, it looks as if there will be plenty to celebrate.

But this week's jam-packed agenda is not even the half of it. In the past month alone the UK went over a fortnight without using any coal power, totted up as many coal-free days this year as in the whole of 2018, confirmed another coal power plant is to close, and received news clean energy sources are on track to provide more electricity this year than fossil fuels. The government confirmed the UK will be the first G7 country to set a net zero target, virtually all the prospective candidates to become the next Prime Minister endorsed the move, all Europe's largest economies signalled their backing for a similar goal at an EU level, and the UK and Italy now look well-placed to jointly host the historic COP26 summit next year, meaning the Paris Agreement will likely come into full effect in London.

At the same time new polling revealed overwhelming public support for these measures, with environmental issues regarded as more important than at any point in modern history. The latest wave of protests may have waded straight into the increasingly unedifying culture war that now mars British public life, but they have also provided a highly visible reminder that young people are not simply going to sit on their hands as climate impacts escalate. And the protestors are not going anywhere. Indeed, they are going global. Within days of Greenpeace's protest at Mansion House climate activists stormed a coal mine in Germany and Extinction Rebellion blocked roads in Manhattan in protest at the New York Times' coverage of climate change. The times are a changing.

With headline-grabbing activists demanding attention it would be easy to miss how barely a day passed this month without major green corporate news. Again, just in the past few weeks, we've seen big brands make major investments in everything from electric vehicle chargers and carbon capture innovations to vertical farms and electric aircraft. Major retailers have debuted a raft of plastic waste-busting innovations, studies have shown millions of people flocking to join the global green workforce, and business leaders have given full-throated backing to the net zero transition and the drastic changes it implies. From Ralph Lauren to HP and Tesco to Target, the world's biggest companies are beefing up their sustainability strategies and green investments in preparation of a decade of rapid and far-reaching disruption. Kellogg's even unveiled a new beer made from waste cereal - news which sadly came too late for us to order some in for this year's awards.

There is no sign of this accelerating green news cycle hitting the brakes any time soon. Next week sees the inaugural London Climate Action Week, featuring more than 90 events across the capital, including the launch of the UK Green Finance Institute, no fewer than three conferences on green cities, a conference on climate justice, the Economist's first Climate Risk Summit, an event on health and climate change from the Wellcome Trust and a Climate Diplomacy Day from Chatham House, and the annual Ashden Sustainable Energy Awards.

Will the summer finally see a slowdown in green business activity? Not likely, to be honest.

Whoever becomes the next Prime Minister will face immediate and intense pressure to deliver credible policies to put the UK on track to meet the new net zero emission target. Yes, the on-going Brexit deadlock will inevitably dominate the Number 10 in-tray, but here too business calls for firmer safeguards against a post-Brexit watering down of environmental protections will reach a crescendo. Labour will step up efforts to draw a clear dividing line with the government when it comes to green ambitions.

As such, the Autumn Spending Review and the government's Green Great Britain Week will provide a critical test of the new administration's commitment to the net zero target. But even before then the UK will be asked to play a catalysing role at the UN Secretary-General's September climate summit in New York by showcasing its new net zero target. Will the new PM make the trip and overcome Treasury opposition to deliver bolder net zero policies and rhetoric?

Meanwhile, in the background officials are already busy laying the huge diplomatic groundwork that will hope to ensure next year's UK-hosted COP26 summit delivers on its immense promise. Savvy businesses and campaigners are similarly commencing work to ensure this once-in-a-generation communications opportunity is properly seized. The next 18 months promises to be even busier and more eventful than the last six months of zeitgeist-generating activity. BusinessGreen will inevitably be throwing itself into the mix with our annual BusinessGreen Leaders Summit this October, a new Technology Festival and Awards, and our continuing programme of quarterly net zero briefings.

Inevitably, this on-going green blitz has to be seen in the context of the sector's continuing failures and the huge barriers to progress it still faces. Global emissions continue to rise, and where they are falling - as is the case in the UK - they are not falling nearly fast enough. As BP warned this month, the world is on an "unsustainable path". Climate impacts are escalating, presenting a threat to food security and sparking a vicious circle that leads to higher energy demand. At the international, national, and corporate levels decarbonisation policies are typically a hot mess of conflicting signals and incumbent-favouring inertia. Autocrats and their pollutocrat allies are already trying to orchestrate a backlash, dragging the green economy into culture wars that represent a demeaning, high risk, and potentially dangerous strategy for all involved.

And yet, despite these caveats I have lost count of the number of conversations I have had in the past few weeks with green business leaders who are increasingly confident a tipping point is underway. Plummeting clean tech costs, visible climate impacts, and inevitable generational change have all combined to deliver a fundamental reappraisal of where climate action and the green economy should sit in our list of priorities.

All of which goes some way to demonstrate the genuine importance of this week's BusinessGreen Leaders Awards and the wider movement they represent.

When we launched the BusinessGreen Leaders Awards nearly a decade ago, part of the motivation was to diversify our revenue streams and provide the brand with a new means of investing in the journalism we provide every day. But there was also a genuine desire to provide a green economy, that all too often hid its solar lamp under a bushel with a platform, a chance to promote and celebrate both its many achievements and its era-shaping significance.

Each and every year the quality and breadth of the entries has improved. The judging panel has moved from assessing admiral but ultimately incremental sustainability strategies and clean technologies, to trying to separate cutting-edge programmes and transformational projects that promise to completely revolutionise how we all live and work. The entries are now so compelling it has got harder and harder to pick out the winners.

The evolution of the green economy over the past decade is not only part of the current zeitgeist, it also helped create it and holds the key to its longevity. It is the foundations laid by our BusinessGreen Leaders Awards finalists and their many peers across the country and around the world that have convinced politicians and the public that deep decarbonisation is both possible and desirable. They have provided the evidence base that has assured political leaders that net zero emissions is possible, just as scientists and campaigners have shown that it is essential. More important still, they will determine the success or failure of the next phase of decarbonisation. It is not an exaggeration to say they hold the health of the green economy, perhaps even civilisation itself, in their hands.

That is one of the central conclusions of BusinessGreen's new Towards Net Zero report, which we will launch on Wednesday in a bid to make a busy day even busier and highlight quite how advanced the net zero transition has become - as well as how treacherous the road ahead remains.

We never planned the convergence of so many green storylines, the coincidence of so many technological, political, and economic tipping points. But now they are here it would be remiss of the green economy not to take full advantage as it embarks on the next high stakes stage of its development. There is plenty to be nervous about, but there is a lot to celebrate at this year's Awards. 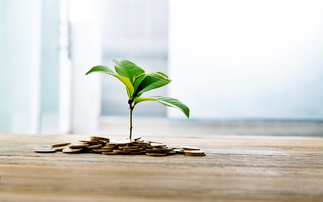 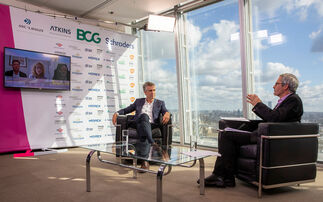 Net Zero Festival: Net zero or not zero? How to deliver credible targets 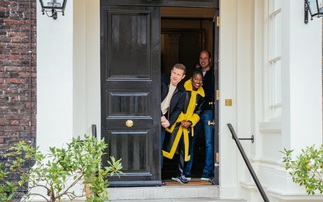 'An award show unlike any other': Earthshot Prize debuts star-studded line up for inaugural ceremony

Ahead of next week’s Awards Ceremony, the Earthshot Prize has announced performances from Ed Sheeran and Coldplay