Meet the bin lorry that might just change the world

Projections that decarbonisation could give the global economy a $26tr boost might sound far-fetched, but a humble bin lorry proves they are anything but

It is time to get very excited about a bin lorry, or four bin lorries to be precise.

Supported by funding from InnovateUK, Veolia is set to strip out the diesel engines from four of its trucks - two in Sheffield and two in London - replace them with batteries and electric motors, and see how they run for the next two years.

The results will be truly fascinating, because the company reckons the batteries will be able to comfortably complete a 10 hour shift - providing sufficient power in the process for a 26 tonne, fully loaded bin lorry drive up a 25 per cent gradient - and then recharge overnight when demand for clean power is at its lowest.

If it works here is a scalable sextuple win (if that's even a word), delivering less noise, less air pollution, lower carbon emissions, lower running costs, lower council taxes, and resource savings in the form of an extended life for existing trucks. Oh, and potential grid balancing services too.

It is further evidence that when we reach the point where ultra-low emission vehicles deliver tangible cost benefits to businesses the switch to cleaner alternatives could come a lot faster than the oil majors and auto giants are predicting. If the fuel-saving economics stack up or if tighter air quality rules given them a nudge then here is a way for one of the bulkier sources of pollution in our cities to clean up in short order.

It is the kind of scalable, technology-led, multiple-benefit solution that also plays into the other two big stories of the day: the Global Commission on Economy and Climate's prediction that tackling climate change could deliver a $26tr boost to the global economy by 2030 and the study from Ovo Energy and Imperial College London predicting the UK could save nearly £7bn a year through the deployment of smart energy technologies.

Now, it is fair to say economic modellers have not had a good decade. They did not see the crash coming, repeatedly failed to accurately assess the pace and scale of the anaemic recovery that followed, and then saw their entire discipline politicised faster than you can say 'Brexit'. There are lies, damn lies, and economic projections as the old saying almost goes.

However, if it is increasingly hard to place confidence in precise dollar-based predictions of what the global economy will look like in 15 years' time, it is still possible to see value in models that at least try to articulate the full spectrum impact of complex and inter-locking technology, business, and policy trends. Because even if you question whether there really will be a $26tr economic boost from decarbonisation or a £7bn saving from energy storage and smart grids, what the Sheffield bin lorry shows is there almost certainly will be some form of boost - and it is likely to be big.

The evidence is stacking up that this kind of wide scale infrastructure transformation is not a pipe dream, that it is technically and economically feasible (David Roberts over at Vox has a great write up of the Commission's report this week that majors on this fact). And, as every technology revolution in history has proven, such a transition will inevitably drive innovation, commercial success, economic growth, and economic development. Hell, $26tr could end up being an underestimate. Thanks, in part at least, to an electric rubbish truck in Sheffield.

This post first appeared as part of BusinessGreen's daily exclusive Overnight Briefing, which is available to all subscribers 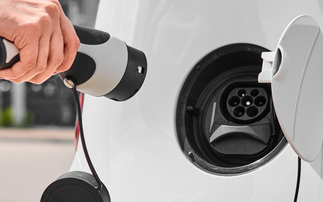 The PHEV 'myth': Are plug-in hybrids delivering as a climate solution?

Fresh research reveals that PHEVs can emit much more CO2 than their manufacturers claim, prompting calls for subsidy and tax reforms to help nudge drivers towards cleaner EVs 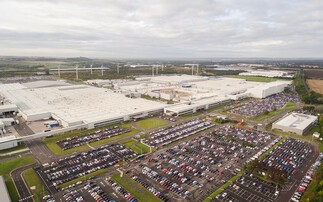 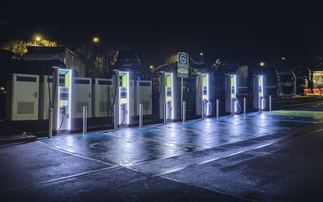 A day after the auto industry warned the EV charger roll out is struggling to keep up with demand, Gridserve, Rolec EV, and MFG all announce new installation plans