An affordable low carbon revolution is not just possible, it's happening

Today's CCC report is a vindication of everything green economy advocates have been saying for years - Cameron, Clegg, and Miliband should take a bow

It is time for some good news. Sure, David Davis may have confirmed yesterday that the Brexit questions to which the government has a cogent answer are outnumbered by the questions to which it has nothing to offer but a surly shrug by a ratio of 1 to eleventy thousand. And, yes, Downing Street, the Treasury, and the Labour Leader's Office may be engaged in a loser-takes-all shambles-off, which somehow, even in the face of screeching budget u-turns and record electoral commission fines, Jeremy Corbyn is managing to win. And, of course, on the other side of the Atlantic, President Trump is continuing with his semantic-bending experiment to deliver clean air and water by torching air and water regulations. But Spring is coming, the sun is shining, and quietly, inexorably, the idea that a genuinely sustainable economy can be delivered is starting to look less like an environmentalist pipe dream and more like the inevitable by-product of an unstoppable technological revolution.

Today's report from the Committee on Climate Change (CCC) on the cost impact of the UK's low carbon policies is extremely wide-ranging, but the central conclusion is clear: the impact of green policies on domestic and business energy bills, both currently and through to 2030, are entirely manageable and are being largely offset by a combination of energy efficiency gains and compensation packages for business.

It is worth considering the headline figures. When everything is analysed - including transmission and balancing costs which critics of renewables have in the past accused the government of not taking proper account of - climate policies added £105 to the average dual fuel domestic energy bill. But energy efficiency gains delivered since 2008 and driven in large part by climate policy are saving the average household £290 a year, meaning bills are lower than they were when the UK's climate policy push started.

Admittedly, the CCC predicts the policy impact on bills will rise to £200 a year by 2030, as the UK steps up investment in new clean energy infrastructure. But energy efficiency gains are also expected to continue delivering savings of up to £210 a year.

The situation for business energy bills is more nuanced and opaque, with the CCC acknowledging the UK has high corporate energy prices compared to its European neighbours. But it concludes the bulk of the differential is the result of wholesale and transmission costs, not policy choices that industrial operators are largely compensated for. "Overall low-carbon policies have not had a major impact on UK competitiveness to date," the CCC concluded.

Industry groups are already contesting this analysis and calling for more financial compensation, prompting cynics to note that they are ignoring the timeless lesson of Mandy Rice Davies - 'he would say that, wouldn't he?'. That being said, the government does need to remain responsive to potential competitiveness issues, even if it is clear the costs of low carbon policies are not crippling the UK industrial base.

More exciting still, the CCC report suggests it is entirely plausible projected policy costs can be reduced further over the coming decade.

Predicting energy efficiency gains is an imperfect art, but given the speed of technology improvements it is possible to envisage larger savings than those imagined by the CCC. You just have to look at how many buildings still don't have LED lighting and consider how under-powered UK energy efficiency policy has been for the past five years to realise the enormous scale of potential future savings.

Equally, the report predicts a gap in the UK's power mix in the 2020s will be plugged at a cost of £100/MWh, primarily through the use of renewables with a bit of nuclear and CCS thrown in - a scenario the government pretty much confirmed in its latest official energy projections this week, which trim expectations for new gas plant and sharply increases them for renewables. But as Carbon Brief notes today: "If more of the gap was filled with cheap renewables, such as onshore wind or solar, then the cost of meeting the UK's 2030 targets could be reduced. For example, if an extra 10 percentage points of demand were met using onshore wind costing £60/MWh, then climate policy would add around £12 less to average household bills in 2030 (£188 instead of £200)."

It is a point the government's promised review of the cost of decarbonisation should take on-board, especially when you consider the man who was said to be the most vocal opponent of onshore wind and solar farms at the last government's cabinet table is now working on his post-Prime Ministerial memoirs.

However, even if the most cost effective forms of clean energy remain locked out of the energy mix and even if energy efficiency savings completely fail to materialise (which would defy a trend going back to the dawn of humanity), the CCC is putting the cost of building a healthy, clean, secure, job-creating, low carbon energy system at about £3.80 per household per week in 2030 - and predicting the impact will fall thereafter as the cost of renewable energy technologies continue to plummet. It is easy to see why polling shows public concern about energy bills is at its lowest ever level, while support for the low carbon transition remains overwhelming.

Ministers are obviously wary of making the point, given it is unlikely to placate those facing genuine fuel poverty, but the costs of building a low carbon energy system are minimal when set against enormous benefits in the form of slashed carbon emissions, cleaner air, enhanced energy security, lower long term energy costs, and a vibrant green economy. In fact, it's a steal.

It would be easier to take seriously those who attack low carbon policies on the grounds they load too much cost on households and businesses, if many of the self-same people were not advocating a rupture with the UK's largest market that threatens to push up the prices of basic goods and slap tariffs on manufacturers in a way that will make a marginal increase in energy prices look like a rounding error in comparison. As the CCC chair Lord Deben noted last year of his former Cabinet colleague Lord Lawson's stated concern for the impact of climate policies on poor households, "I've looked very carefully at his budgets, the poor did not feature large in those budgets".

Of course, none of this is to suggest for a second that the green economy and environmental policymakers can afford to be complacent.

There is still a scandalous problem with fuel poverty in the UK that urgently needs addressing through properly-funded improvements to our housing stock and tighter policing of those landlords who disgracefully exploit a broken housing market. Meanwhile, businesses need support where competitiveness issues arise and require assistance and encouragement as they pursue the various technology paths that will allow them to curb their future energy use and carbon emissions.

Equally, while the CCC's projections could prove to be conservative it is equally possible they could end up looking hopelessly optimistic.

The wave of clean energy investment and energy savings the CCC envisages will require the government's long-awaited Emissions Reduction Plan to deliver on its considerable promise and show how new low carbon energy projects, smarter grids, and energy efficient buildings can be built over the next decade, in conjunction with new carbon savings from transport and land use. There are no reasons as yet to think the government will renege on its promise to come forward with a plan that is compatible with the UK's carbon targets. But the plan will require Treasury backing and it does not bode well that the last week has shown how a cash-strapped government cannot even engineer a modest and reasonable tax increase without going frit in the face of tabloid pressure.

Brexit also introduces massive risk, alongside any hopes that freedom from State Aid rules could bolster low carbon infrastructure investment. A large chunk of the energy efficiency gains that have ensured low carbon policy costs have been offset since 2008 are the result of EU product standards. But in the wake of the Brexit vote, The Sun continued its long and inglorious tradition of putting ideology over its readers' financial interests by listing 10 ways to say "up yours to EU". Six of them amounted to the axing of green policies, including shelving energy savings rules for vacuum cleaners and hairdryers, and defending "our morning tea and toast by using appliances free of energy constraints". Post Brexit the complex and carefully balanced framework of policies that has delivered deep cuts in carbon emissions alongside net cuts in energy bills will be firmly in the sites of the resurgent right wing of British politics. The wreckers have barely started on their project to tear down the UK's regulatory, economic, and social settlement, despite it being abundtantly clear there is not the faintest agreement on what to replace it with.

But in the face of these not inconsiderable challenges, the CCC report today demonstrates it is possible to deliver deep and sustained cuts in carbon emissions at little, if any, net cost and without any sign of the rolling blackouts detractors feared.

Mistakes have been made - Green Deal, solar boom and bust, energy efficiency cuts, anyone? - and will no doubt continue to be made, as the epoch-shaping task of building a zero emission economy proceeds. Maintaining the decarbonisation trend will be supremely difficult and will require up-front investment, political nerve, and further technology breakthroughs. But the pace of clean tech development and the popularity of low carbon energy and transport systems proves it can be done.

The CCC has not only provided a comprehensive vindication of the green economy, it has also inadvertently invited a re-appraisal of the much-maligned political class that helped build it.

David Cameron could yet be remembered as one of the most disastrous Prime Ministers in British history, having overseen the weakest economic recovery from a recession in decades, the loss of the EU referendum campaign, and the potential break-up of the UK. The Lib Dems remain a long way from rebuilding the reputation obliterated by the coalition years, and Ed Miliband must look at the state of the Labour Party and fear for its future. But, with little fanfare and plenty of mis-steps, this generation delivered a surge in low carbon infrastructure investment, a plummeting in UK carbon emissions, and the emergence of a globally competitive clean tech sector, all while imposing a negligible impact on energy bills. Cameron was always a fair weather friend of the green business community, and you can debate long into the night as to whether it was luck or judgement that has delivered the recent slump in UK emissions. But there is no point denying good news when it comes around.

The progress of the UK's low carbon transition should be widely celebrated, not least by the increasingly embattled current generation of political leaders, who, in amongst all the hospital passes they are struggling to deal with, have been given one vitally important legacy to build on. 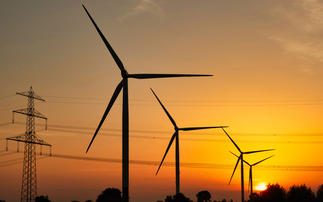 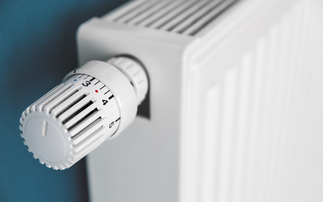 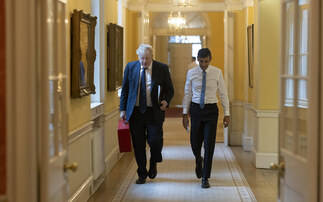