The Sceptic Tank would like to draw your attention to the photo opposite (stop sniggering at the back) because it really does warrant closer examination. And absolutely not in that leery manner common to men at the first sign of summer.

No, the Tank is above such shenanigans. What's attracted us to this beauty (we mean the bikini) is that it's comprised of photovoltaic film strips woven together with conductive thread.

As such it pumps out up to five volts while you're busy catching some rays, providing enough power to recharge your phone or iPod through its handy USB connector. Just imagine how popular you'll be at barbecues.

The truly genius bit is that you can actually go for a dip in the thing, provided you remember to unplug all the gadgets first and dry off thoroughly before plugging them back in.

At $200 from Solar Coterie, it is not even that expensive compared to some of the designer bikinis on the market, and it's not like any of them can generate actual power.

For those of you worried that the Sceptic Tank's editorial content is careening towards Nuts and Zoo territory, we have a cheery 'never fear' - the bikini's Brooklyn-based designer Andrew Schneider is now working on swimming trunks that power a cooled beer holder.

Ever considerate, the Tank has already ordered the soon-to-be Mrs Tank a two-piece and is giving serious consideration to the solar beer cooler for our forthcoming holiday. Skegness won't know what's hit it.

Net Zero Festival: CEOs discuss barriers to net zero and how to overcome them 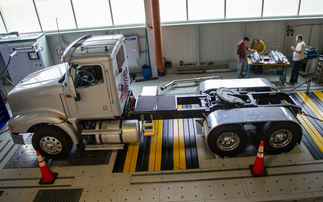 Could the US start up open up a whole new front for the carbon capture industry? 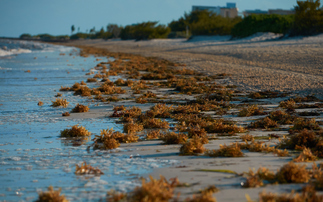 How farmers and seaweed can help tackle ocean pollution