Is BT's new procurement strategy the most important green policy of the year?

It may not have attracted much of a fanfare, but BT has today launched one of the most important green policies adopted by a major British firm in years.

For years, sustainability experts have argued that green procurement policies represent one of the most effective means of cutting emissions, though they require nothing more than a piece of paper and a bit of corporate backbone. Now BT is set to test that theory with a climate change procurement standard that will require all of its contracted suppliers to put in place a formal climate change policy, measure their greenhouse gas emissions, and set "challenging" emission reduction targets. Given the company spent £12bn with suppliers last year, the standard will affect thousands of firms here and overseas. In short, it is a pretty big deal.

The development of a genuine green procurement policy whereby a company or government refuses to purchase goods and services that do not adhere to environmental standards represents one of the simplest ways of moving green improvements down a supply chain. The threat of ditching suppliers who fail to embrace best practices immediately unleashes competitive forces that will drive low-carbon investments and force firms to embrace sustainable best practices.

Inevitably, the success of BT's new standard depends on the extent to which it is enforced. After all, clothing firms have had labour standards in place for decades, but the TV investigation revealing child workers in developing countries making clothes for western retailers remains a perennial part of the schedules. As such, it is slightly disappointing to hear BT state that there will be "no penalty" for firms that fail to adhere to the standard. But then again, if it is serious when it says "tenders and replacement contracts will take into account the action taken by suppliers to reduce their carbon output", it is clear that suppliers will have to adopt carbon reporting and reduction practices or risk losing one of their most important customers.

Speaking to BusinessGreen, BT's Liz Cross explains that the first priority of the standard is not to axe suppliers, but encourage them to embrace best practices. However, she is also clear that those that fail to adhere to the new policy will be at a disadvantage in future contract negotiations. "It will start to count quite strongly against them," she says.

The other exciting aspect of this policy is that there are likely to be few, if any, losers. BT gets the reputational benefits, further entrenches its position as one of the UK's leading green firms, and may even be able to squeeze suppliers on price as they begin to realise energy and carbon savings. Meanwhile, suppliers get free advice from BT and the Carbon Trust on how to reduce emissions as well as the reduced energy bills that come with embracing basic sustainable management best practices. The fact that BT is only asking for carbon reporting and modest emission cuts at this stage means most firms will be able to comply with the standards without necessarily making significant upfront investments in new clean technologies.

However, the most promising aspect of the policy is the precedent it sets. Imagine a scenario in which all of the UK's public-sector bodies and FTSE 100 firms adopted a similar standard. Without the need for any onerous legislation, virtually every company in the country would be required to set carbon targets and compete to reduce emissions.

Taking it a step further, imagine if top firms had the nerve to state that from a set date they would only purchase cars that emit less than 100 grams of CO2 per km, or would only rent buildings that are top-rated for efficiency. It would in a stroke accelerate the low-carbon economy more effectively than any mandatory emissions target or incentive scheme dreamt up in Whitehall.

Purchasing power has the potential to drive the transformation of the low-carbon economy, and BT should be praised for taking the voluntary decision to start the long journey towards genuinely sustainable procurement. 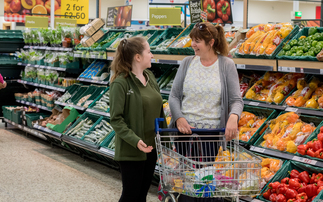 New climate goal will require retailer to slash emissions generated in the production and end use of its products, from agriculture to food waste 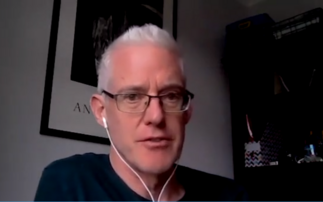