You cruise, you lose

The Sceptic Tank is a big fan of joined-up thinking. In fact we once managed to join up our thinking so tightly that for a split second we thought we'd sorted out that universal theory conundrum. It actually turned out that what we had was an algorithm for joining up your shoe laces, but at least it's a start.

More recently we've been putting our mind to cutting carbon emissions and have come up with a golden (it's more like rusty tin if we're honest) rule for joined-up green policy-making: if you want people to cut carbon emissions you can't encourage them to do so by offering them the opportunity to increase their carbon emissions.

So, if you are Energy and Climate Change Secretary looking to promote a new green home incentive scheme, it is probably not the best idea to tell a national newspaper that: "We will legislate to allow the energy companies to incentivise owner-occupiers, so if they want to offer the chance of a cruise for two to the Norwegian Fjords that's something they can do through the eco-obligation."

As the Green Alliance blog asked while citing research that suggests cruise ships are more carbon intensive than flights: "how about insulate your loft and get a Hummer or a patio heater?"

Unfortunately, the Sceptic Tank suffers from terrible sea sickness and a fear of pensioners, and as such would rather just have the insulation and forgo the cruise ship if that's OK. But others are unlikely to be as willing to look a carbon-emitting gift horse in the mouth.

The UK's hydrogen strategy must focus on five priority areas 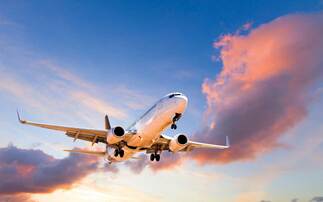