Historic commitment to pass net zero emission legislation provides further evidence the fossil fuel economy is on its way out, but flaws remain in government's short and medium term approach

It is doubtful Ed Miliband expected it to be this easy. In taking up the campaign for new legislation to enshrine the Paris Agreement's 'net zero' emission economy goal into UK law, the former leader found a valuable cause that might have expected some resistance from his former Conservative sparring partners.

Instead, Energy Minister Andrea Leadsom unequivocally confirmed last night the government agrees it "will need to take the step of enshrining the Paris goal for net zero emissions in UK law".

"The question is not whether but how we do it," she continued. "There is an important set of questions to be answered before we do. The Committee on Climate Change is looking at the implications of the commitments in Paris and has said it will report in the Autumn. We will want to consider carefully the recommendations of the Committee."

This is a huge development for the UK economy and further evidence the policy and investment momentum created by the Paris Agreement will not be squandered lightly.

Since that historic night in Paris we've seen confirmation 2015 saw record levels of clean energy investment, the extension of crucial US tax breaks for renewables, a new Chinese five year plan that majors on the environment and early evidence coal use in the Asian superpower may have peaked, an ambitious US-Canadian bi-lateral to tackle emissions and mobilise clean tech investment, completion of President Obama's Arctic drilling u-turn, Sweden edging forward with an economy-wide carbon neutral target, and now the UK confirming it will legislate to ensure a net zero emission economy is delivered this century.

Inevitably, there will be plenty of devil in the detail and there is no doubt Miliband will continue to play an important role in campaigning to ensure the question of "how" the government legislates, which Leadsom raised, is adequately answered.

But think, for a second, about what the government is now saying it wants to do. It is saying it is not content with cutting emissions 80 per cent by mid-century, as already required by the Climate Change Act, it wants to eradicate net emissions entirely within the lifetime of a child alive today.

In reality, following the logic of previous carbon targets and the fact the Paris Agreement goal for a "balance between anthropogenic emissions by sources and removals by sinks of greenhouse gases" is a global target an industrialised nation such as the UK would be expected to deliver its net zero emission economy well before the end of this century. If successive governments deliver on this ambition, an ambition the current government is willing to use the strongest legislative lever it has to deliver, then people reading this now will be around to enjoy the fruits of a net zero emission economy.

Politically, this commitment comes at a time when some Eurosceptic campaigners are touting freedom from European climate policy as a reason to vote for Brexit. The government appears to be saying that even under Brexit scenario national commitments to fully decarbonise will still make it onto the statute book.

The implications that flow from such a goal are enormous and revolutionary. It suddenly becomes clear those breathless predictions in the wake of the Paris deal declaring an end to the age of fossil fuels were not hyperbolic - a full and complete transition to a truly sustainable economy looks ever more certain.

Consequently, businesses need to plug this long term vision into their own corporate planning. Within a few short decades emissions will have to be slashed, even from hard to tackle sectors like agriculture and heavy industry. Technologies that can deliver negative emissions will be flavour of the month. High carbon projects will come with ever more policy risk attached, while long term clean infrastructure projects can confidently predict they will play a role in helping the government meet its new post-2050 net zero emission goal. Commercial and investment decisions made right now should be informed by the 80 year trajectory sketched out by the Paris Agreement and underlined by the government's legislative commitment.

And yet, for all the historic significance and positive clean tech investment signals delivered by Leadsom yesterday it came in the midst of an Energy Bill debate which again highlighted the government's inability to translate the Paris Agreement into effective short and medium term action.

Delivering a net zero emission economy during the second half of this century is a fantastic goal, but it will not help deliver the Paris Agreement's accompanying target of keeping temperature increases 'well below' 2C if the strategy for becoming 'net zero' is based on slow and steady emissions reductions for several more decades followed by a 'fingers crossed they work' deployment of next generation technologies such as modular nuclear reactors or carbon negative capture and storage projects.

Much more needs to be done to deliver the most cost effective glide path to a net zero emission economy through the deployment of existing clean technologies and increased investment in next generation innovations. The government knows this, hence the promise of a new energy and climate change strategy later this year to meet the medium term carbon budgets the UK is currently on track to miss.

But yesterday's debate saw the government again defending the contradictory aspects of its supposedly cost-effective decarbonisation strategy, most notably through the badly retrograde move to axe onshore wind farm subsidies and the attempts to justify the continuation of ugly carbon accounting loopholes that allow some sectors to exploit the flaws in the EU emission trading scheme and duck the carbon targets contained in the Climate Change Act. Throw the on-going love affair with new gas infrastructure, which at the scale the government envisages represents a major threat to carbon targets, the commitment to airport expansion, and the continued hostility towards the lowest cost renewables and you can see why some green observers will dismiss the net zero emission goal as a distraction from the real business of trying to convince the government to rethink its flawed short term energy strategy.

Meanwhile, it would be a significant surprise if Chancellor George Osborne used tomorrow's Budget to deliver on big businesses' calls for a clear personal commitment to delivering on the Paris Agreement and provide a much-needed boost to a clean energy sector that has been hit by too many policy U-turns to mention.

Businesses should welcome the commitment to new 'net zero' emission legislation and take it as further evidence of a post-Paris trend that shows few signs of slowing down. But they also need to issue a challenge back to the government: a net zero emission economy is possible, and earlier than many people think, but only if Ministers treat it as a political priority and deliver the consistent, stable, and coherent policies businesses need to make full decarbonisation a reality. 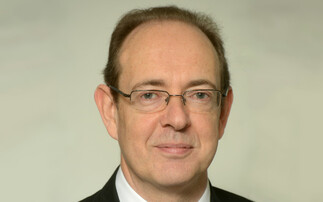 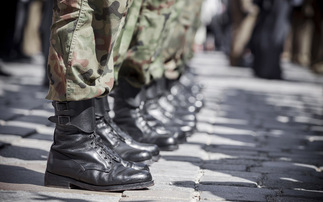 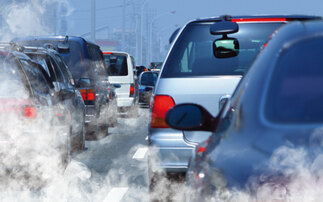