Electronic cigarettes are becoming almost as controversial as their tobacco brethren with endless conflicting news reports emerging about their perceived benefits and downfalls.

Opposition groups are now questioning whether the products truly are the beneficial to smokers' health. However, progressive e-cig brands are moving to ensure that their devices are undoubtedly healthier for the environment.

One of the most notable differences between electronic cigarettes and traditional cigarettes is that the former offers a refillable option that is not available to tobacco smokers unless they own a pipe. This immediately cuts down on waste. A staggering 200 million cigarette butts are dropped every day in the UK (this equates to roughly 122 tonnes).
These butts take roughly a quarter of a century to decompose and can spend much of that time contaminating bodies of water and being swallowed by dogs. So prominent are cigarette butts they accounted for 38 per cent of worldwide litter in 2010.

As the number of smokers decrease thanks to the boom in electronic cigarette popularity, the amount of butts will surely fall. Electronic cigarette brand TECC is currently working on making all of their products 100 per cent recyclable, making it possible for people to enjoy their nicotine fix without so many negative environmental effects.

Furthermore, this pattern will surely decrease the number of trees that are cut down for cigarette production. At the moment, up to 600 million trees are chopped and used to manufacture cigarettes. Even where trees are replaced when felled, this operation exerts huge amounts of energy on the part of the manufacturer, leading to significant carbon emissions.

On the topic of emitting dangerous chemicals into the atmosphere, cigarette smoke can be 10 times more damaging to the environment that the exhaust fumes of a diesel car. Eschewing the health and nicotine replacement argument, top brand Totally Wicked has produced extensive literature demonstrating the monetary and environmental benefits of electronic cigarettes.

The brand has further demonstrated their dedication to producing long-lasting and energy-efficient electronic cigarette devices by offering a five year guarantee on their flagship Totally Wicked Odyssey model. A 20-a-day smoker may buy and discard 1,825 packs of smokes during this five year period - increasing production costs and filling tipping sites.

While cigarettes emit smoke that contains upwards of 4,000 potentially environmentally damaging chemicals such as benzene and carbon monoxide, the emissions from electronic cigarettes are water vapour making them more comparable to a steam cleaner than a tobacco product.

A Joyetech spokesperson explained: "Streamlining the production process to be more energy efficient and environmentally responsible has become a major factor for us. Not only does it reduce overall production costs, but allows us to act in an ethical and beneficial manner."

The clamour to electrify the nation's cars may soon stretch to their cigarettes as well.

Labour accuses government of leaving 54,000 homes out in the cold following ECO reforms

Asda to switch entire fleet of 600 company cars to electric 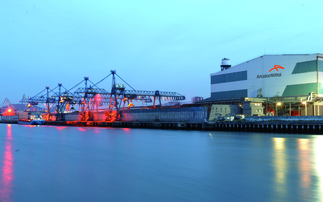 Government ramps up funding for England’s flood and coastal resilience, alongside reforms to flood insurance for home owners and stricter planning guidance for developers