Time for BHP to stop funding attacks on climate action

As BHP Billiton Plc holds its AGM in London this week, it's time for investors to call time on the company's support for those who seek to obstruct action on climate change

In recent weeks we've seen a series of destructive hurricanes and storm surges across the Caribbean, central America and the southern USA. California is now in the midst of its worst wildfires in history. United Nations humanitarian agencies estimate an incredible 40 million people in South Asia are struggling to rebuild their lives after massive floods in August. And in Australia, the Great Barrier Reef is struggling to recover from devastating coral bleaching episodes two years in a row.

As the calamitous effects of climate change grip our planet, communities world-wide are calling for real action. Growing numbers of businesses and other institutions are standing with them. The movement to divest from fossil fuel investments grows ever stronger, with notable recent participants including many arms of the Catholic Church.

Which makes it even more incredible that in 2017, a global company like BHP Billiton would be funding groups who downplay climate risks and attack environment groups calling for climate action. And yet BHP is the biggest funder of the pro-coal industry lobby group the Minerals Council of Australia (MCA) and a member also of the World Coal Association (WCA).

The role played by groups like the MCA and the WCA in global climate policy debates is destructive and disruptive.

As the rest of the world is trying to speed up the transition to a low-energy economy so that we can keep 90 per cent of known fossil fuel reserves safely in the ground, and maximise our chances of keeping global temperature rises under 2C, these groups are lobbying furiously to lock in our reliance on burning coal.

Worryingly, their multi-million-dollar lobbying efforts - underwritten by the membership fees paid by BHP Billiton and others - have been pivotal in shifting government policy.

In recent years the MCA have disrupted and delayed Australian domestic climate and energy policy development and undermined efforts to reach a bipartisan position on mitigating climate change. This has not only held back Australia's progress towards reducing greenhouse pollution but also created a decade of political instability.

Incredibly, and in large part thanks to the interventions of the MCA, climate and energy policy has contributed to the demise of at least three Australian prime ministers, with the fate of a fourth in the brink. Democracy is literally being held captive to the commercial interests of the pro-coal lobby.

Measures now under consideration by the Australian Parliament, at the behest of the MCA, could, if implemented, literally close down many environmental charities and render others financially unviable.

The actions of the MCA on climate and its attacks on civil society stand in stark contrast with BHP's stated commitment to social responsibility. After all, in recent years BHP has been at pains to stress its climate credentials, and in the wake of the Samarco Dam disaster, to renew its commitment to the communities in which it operates.

And yet, as the MCA's biggest funder, BHP contributes both material backing and symbolic weight to its attacks on climate action.

It's time for BHP to cease its membership of industry associations so out of step with the company's own interests and declared policy positions.

Last week, US pension fund giant CalPERS made public its support for a shareholder resolution calling for a review of BHP's industry association memberships. This week, we urge investors to stand with CalPERS, and to hasten BHP's exit from the MCA and WCA.

Bill McKibben is an author, academic, environmentalist and activist. In 1988 he wrote The End of Nature, the first book for a common audience about global warming. He is a co-founder and Senior Advisor at 350.org, an international climate campaign that works in 188 countries around the world.

Fiji calls for 'absolute dedication' to Paris goals, but will the world respond?

CCS and the Clean Growth Plan 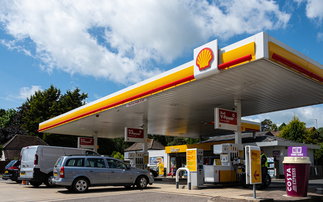 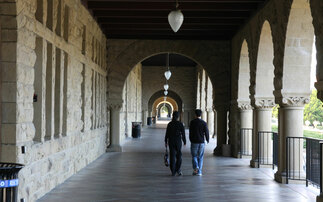 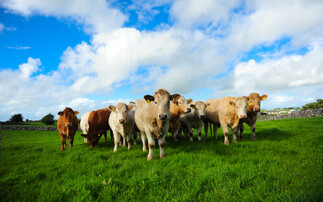