When Bristol was awarded European Green Capital 2015 - the first UK city to receive the declaration - the honour was accepted as more of a challenge than a compliment. We acknowledged that it came with an obligation to learn, to improve and to share the journey towards becoming one of the world's most environmentally friendly cities.

Our sprint is almost run as we near the conclusion of our year as European Green Capital, but the marathon begins. Before we pass on the green baton to Ljubljana in Slovenia, we're welcoming civic and business leaders and other special guests from around the UK and further afield to the penultimate major event of the year, the Bristol Summit Series.

These events provide the opportunity to share our experiences through informed discussion and interactive exhibitions, explore how creative civic governance and forward-thinking business can bring greater profitability and prosperity to all and therefore lay the foundations for the cities of tomorrow.

The United Nations Climate Change Conference in Paris (COP 21) beckons. In the light of our Green Capital experiences, we will have much to say! But most importantly we are united with leaders, businesses and the wider Bristol community in recognition that more action is needed to combat climate change.

That is not just for the long-term welfare of our children, which of course is of absolutely vital importance, but in immediately benefiting the health and wellbeing of our citizens in so many ways. I'm talking, for example, about a determination to deal with energy efficiency, which helps people's pockets; with air quality, boosting our health; and green growth that creates jobs.

Our Green Capital year, which earmarked energy, food, nature, transport and resources as five key areas for special attention, has been a huge success. Bristol City Council is leading by example when it comes to energy use - reducing it by 40 per cent in 10 years and achieving our target five years early. In 2015 we've continued the good work with our business community to invest in the green economy and attract new business to be part of a low carbon, energy efficient city, demonstrated by the unveiling of the award-winning and highly energy efficient Filwood Green Business Park in May.

The wide-reaching schools programme is putting the spotlight on sustainability for Bristol's 36,000 primary school children to leave a lasting impact for future generations both in Bristol and the rest of the UK. The programme, which will be made available nationally, has reached over 10,000 children, with 130,000 playing an educational online game called Sustainable Shaun. It also links with my mayoral initiative for each of the city's 36,000 primary school children to plant at least one tree, leading to the Australian charity ‘One Tree per Child' to work with us to promote this game-changing initiative across the world.

Another successful element of the programme has been the largest environmental fund of its kind, the Bristol 2015 Green Capital Grants programme of about £2million which has resulted in nearly 200 sustainable projects throughout the city. The schemes have brought together community activists and introduced conversations about sustainability, empowering people to understand the environmental challenges facing us and contribute through their own local initiatives. The projects range from an urban food growing trail through the city centre to recycling bikes for children who would not otherwise have access to cycling.

I must emphasise how much our Green Capital programme and status has done to boost Bristol's international standing as a leading environmental city and we are most grateful for the encouragement and support received from the European Commission.

Have the people of Bristol got the message? Certainly, the children have done so, due in no small measure to the great importance we attached to working with schools.

As city leader, I believe my role has been to inspire and to bring together the city administration and city council along with civic society, businesses, education and the voluntary and charitable sectors. That has helped significantly to strengthen the now flourishing Bristol Green Capital Partnership. Its success, I believe, will be one of the greatest legacies of 2015.

During the Summit, I would like to share with city leaders the particular challenge we face in making necessary changes to our way of life within the democratic system. I realise this represents a major challenge - to some, an electoral challenge - yet we have no choice but to act if our cities are to become great places in which to raise families, to become child-friendly, safe and healthy.

Finally - please don't think that any of us should be left in doubt that it will take brave and transformational action to achieve our goals. Creating liveable cities requires major change. Meeting that must be our common goal as well as taking responsibility for demonstrating the point to others - in particular, to national governments. 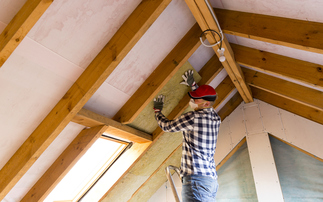 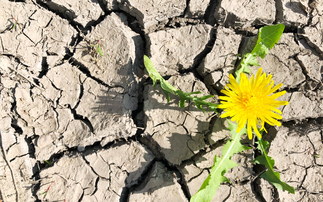 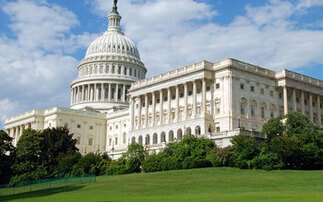