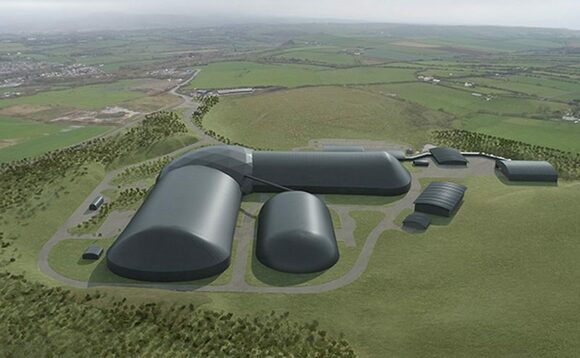 The decision on whether to grant planning permission to a controversial mine in Cumbria that would produce coal for the steel industry has been delayed by a further three months, the government has confirmed.

A letter sent yesterday by the Department of Levelling Up, Communities, and Housing to the Friends of the Earth campaign group, which has been seen by BusinessGreen, confirms the government has extended the deadline for the decision on whether to open the UK's first new coal mine in 30 years until 8 November.

The letter states that Ministers will not be in a position to reach a decision on the application by the original deadline of 17 August because officials had not yet completed their considerations on the "complex matter".

The delay means the decision would lie firmly in the remit of Britain's new Prime Minister, who is expected to be elected by Conservative party members in early September. The new deadline would also coincide with the first day of the COP27 Climate Summit being held this year in Egypt.

Neither of the two candidates to replace Boris Johnson - Liz Truss and Rishi Sunak - have signalled whether they would support the mine or not. Some Cabinet sources have indicated they would like to see the project approved, while others have argued it would send a terrible signal around the world for the country currently holding the presidency for the UN climate talks to approve a new coal mine.

The deadline extension marks the latest twist in the lengthy saga of the metallurgical coal project being planned by West Cumbria Mining, which has become the subject of major controversy in recent years.

A public inquiry was held into the project last autumn, just a few months after then-Communities Secretary Robert Jenrick bowed to intense pressure from campaigners, scientists, and the government's own climate advisors to "call in" the plans for review by central government.

Advocates for the mine have argued the project would reduce the steel industry's reliance on more carbon-intensive imports of foreign coal. The mine is projected to extract about three million tonnes of coal annually, mainly from under the seabed, and the developer has promised to close the mine before 2049, arguing this would make it compatible with the UK's net zero goals.

But campaigners have argued the carbon-intensive project could undermine the UK's short and long term climate targets and damage its international climate leadership. The UK steel industry, meanwhile, has dismissed claims that coal from the mine would displace Russian imports. Tata Steel does not depend on any imports from Russia, and documents have revealed that British Steel would be unable to use the coal from Cumbria.

Critics have also argued that with the global steel industry exploring coal-free manufacturing processes as it seeks to deliver net zero emissions, there is a risk the project could become an expensive stranded asset.

Commenting on the government's decision to extend the deadline to make a decision until November, Friends of the Earth campaigner Victoria Marsom said the case against the mine was "overwhelming".

"The UK and European market for coking coal is set to rapidly diminish as manufacturers switch to greener steel, while coal from this mine won't replace Russian imports," she said. "However, this new mine will increase carbon emissions, with the government's climate watchdog describing it as 'absolutely indefensible'.

"Fossil fuels cause enormous damage to both our environment and economy. Areas like Cumbria should be at the heart of building the greener future we need, so they can reap the benefits of the new jobs and opportunities this would bring."