Environment Secretary Michael Gove has issued an urgent plea for companies to commit to ambitious new targets to cut food waste levels across the UK.

Decrying the "moral, economic, and environmental scandal of food waste", on Monday Gove urged food and hospitality firms, alongside celebrity chefs and social media influencers, to work together to take tougher action to tackle food waste.

The plea comes ahead of the 'Step up to the Plate' symposium next week, hosted by the government's Food Surplus and Waste Champion Ben Elliot.

Attendees at the event will be asked to adopt the IDG's Food Waste Reduction Road Map and halve food waste by 2030, in line with UN Sustainable Development Goal 12.3. They will also be asked to use their voice and profile to empower and encourage citizens to curb waste, including the younger generation.

Gove said he had already committed to the pledge, which will also require a shift in personal buying habits to make sure no food goes to waste at home.

"Together, we must end the moral, economic, and environmental scandal of food waste," Gove said. "The UK is showing real leadership in this area, but I urge businesses to join me in signing the pledge so we can bring about real change."

"Every year, around 100,000 tonnes of readily available and perfectly edible food goes uneaten," he added. "It's time to join together and 'Step up to the Plate' to stop good food going to waste."

The news comes just a few days after the Scottish government launched its Food Waste Reduction Action Plan (FWRAP) in partnership with Zero Waste Scotland, with the aim of reducing Scotland's food waste by one third by 2025.

Around £1.1bn of food is thrown away every year in Scotland alone. Left to rot in landfills, it produces damaging greenhouses gases such as methane, fuelling climate change.

To tackle the issue, the Scottish government plans to expand local food waste collection facilities, which in turn deliver food waste to Anaerobic Digestion facilities where it is converted into green energy in the form of biogas.

There are currently 50 AD plants in Scotland, and the plan has created fresh opportunities to invest in green technology, according to renewable energy investor Privilege Finance.

"I would recommend that interested parties near large towns and cities get in touch with their local councils to understand if there are opportunities to develop AD facilities to process food waste in their local areas," said business development manager Chris Negus.

Gove's comments also came ahead of the confirmation today of the first wave of funding from the government's £15m food waste reduction fund.

Defra announced over £4m is to be shared by four food redistribution projects across England. The successful bids - from Fareshare, Company Shop Group, The Felix Project and Food Works Sheffield - will receive funding from the first tranche of the scheme, helping them to ensure more waste food is collected from manufacturers and retailers and distributed to those facing food poverty.

Solutions supported by the funding include work to develop new supply routes from growers and local distributors, fund new lines and additional staff and increase capacity for repackaging and labelling.

A further round of funding will focus on improving infrastructure for companies to redistribute even more of the estimated 100,000 tonnes of food - equating to 250 million meals a year - which is edible and readily available but goes uneaten, Defra said.

"Food waste is unnecessary and morally unforgivable," said Environment Minister Thérèse Coffey. "We must end it, and our £15m fund is a true game-changer in making that happen. I am thrilled that this first round of funding will allow these terrific projects to redistribute even more perfectly good food, making sure it ends up where it belongs - on people's plates and stomachs."

For water companies, the work to meet SDG6 begins at home 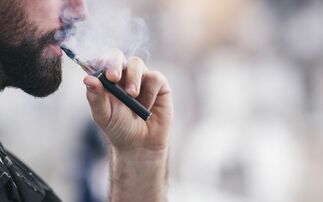 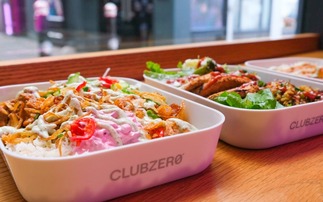