The third annual BusinessGreen Technology Awards 2017 officially launches today with a call for clean tech companies, innovators, and investors to submit their entries for the UK's most prestigious green technology awards.

The awards ceremony and lunch will take place on the afternoon of Friday December 1st at the Institution of Engineering and Technology (IET) in Central London. It will bring together leading clean tech firms, start-ups, investors, and entrepreneurs to celebrate the exciting progress made by the sector in the past year and highlight some of the most inspiring technologies being developed and deployed in the UK today.

Hosted in association with category sponsor Withers and Rogers and Clean+Cool, the awards are open to any company, research body, investor, or innovator with a presence in the UK. Organisations are allowed to submit entries in more than one category.

The deadline for entries is 5pm on Friday October 6th and the shortlist will be announced in mid-October. The entries will be judged by our panel of expert judges from across the green economy, including last year's Lifetime Achievement Awards winner Richard Miller, TechUK's Susanne Baker, Dr Mike Pitts from InnovateUK, and Sustainable Ventures' Andrew Wordsworth.

"The BusinessGreen Technology Awards are now in their third year and have gone from strength-to-strength as more and more clean tech innovators have forced their way into the mainstream," said BusinessGreen editor-in-chief James Murray. "With exciting new technologies emerging in multiple fields this promises to be the most competitive year yet and will provide companies with a unique opportunity to raise their profile with customers and stakeholders alike."

"For Atlantis Resources to win the 2016 BusinessGreen Marine Energy Technology Award was a great endorsement of our leading approach to tidal energy," he said. "We were delighted to be recognised in the industry and wish this year's entrants the best of luck competing for this fantastic accolade."

Meanwhile Tevva Motors, which last year won Transport Technology of the Year for its range-extending technology for trucks, said the awards helped bolster its industry profile.

"Winning a BusinessGreen Technology Award consolidated Tevva's position as a leader in low carbon clean tech," sales and marketing director David Thackray said in a statement. "The calibre of entrants shortlisted in this category demonstrates just how competitive this coveted award was, and reaffirms just how delighted we were to participate and win!"

"BusinessGreen consistently creates both thought provoking and forward thinking content and delivers timely sustainable news across key industries such as ours," he added. "The events and awards organised by BusinessGreen enable cross-industry networking and have helped us build our industry profile."

The BusinessGreen Technology Awards are free to enter. However, before submitting an entry organisations should check they are able to attend the awards lunch and ceremony on December 1st and read the full terms and conditions for the Awards.

Clean tech firms considering entering the awards are also invited to submit an application for the free-to-attend BusinessGreen Technology and Investment Forum. Hosted in association with Innovate UK, the Forum will take place on October 4th and will allow clean tech firms to present to a number of leading green investors.

Editors Briefing: Six months on from COP26, what has been achieved, what hasn't, and what may happen next 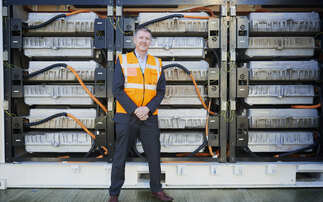 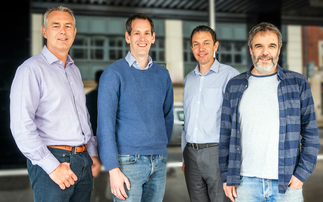