The UN's Human Rights Council (HRC) has unanimously adopted a new resolution that stresses the importance of addressing the impact of climate change on the human rights of some of the world's most vulnerable people.

The Human rights and climate change resolution, championed by the Philippines and Bangladesh and co-sponsored by more than 100 countries, highlights the importance of considering the "direct and indirect" impact of climate change on a wide range of human rights, including the right of life, and the right to adequate food and housing.

It also expresses concerns that the countries likely to be worst hit by climate change are those without the resources to implement effective adaptation plans. This puts some of the world's most vulnerable citizens at risk, the resolution said.

The resolution requires the Office of the UN High Commissioner (OHCHR) to conduct a "detailed analytical study" on the relationship between climate change and the right of everyone to the highest standard of physical and mental health.

This is the fourth climate change-related resolution adopted by the Geneva-based HRC, but its timing ahead of COP21 later this year makes it particularly poignant, according to Shameem Ahsan, UN ambassador for Bangladesh.

"The timeliness of this resolution cannot but be stressed as the world witnesses growing climactic vulnerabilities while working on developing a robust, legally binding outcome this December in Paris," he said.

Cecilia Rebong, UN ambassador for the Philippines, said that the resolution sends a "loud and clear" message that the HRC is unified on the topic of climate change.

"We trust that, with the adoption of this resolution, the OHCHR will now be mandated and allocated financial and human resources for climate change concerns," she added.

Climate change negotiators are coming under growing pressure to consider the impact of climate change on human rights in some of the world's poorest regions.

A group of human rights experts and climate-vulnerable states, led by Costa Rica, called on COP21 negotiators last month to "step up" the global response to climate change to strengthen the global protection of human rights. Ministers must press ahead with bold biodiversity targets that can unlock much-needed investment for efforts to enhance nature, argues The Wildlife Trusts' Eliot Chapman-Jones 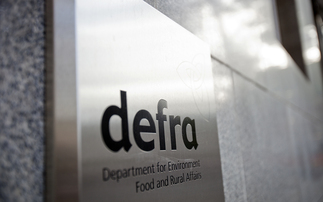 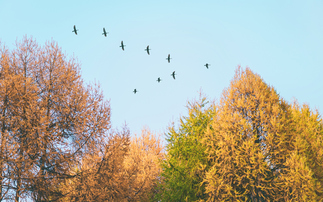 'Do not delay': Office for Environment Protection issues stark warning over state of UK nature

Environmental laws and government strategy and policy have 'not yet proved successful' in slowing down, halting or reversing biodiversity decline, new regulatory body warns