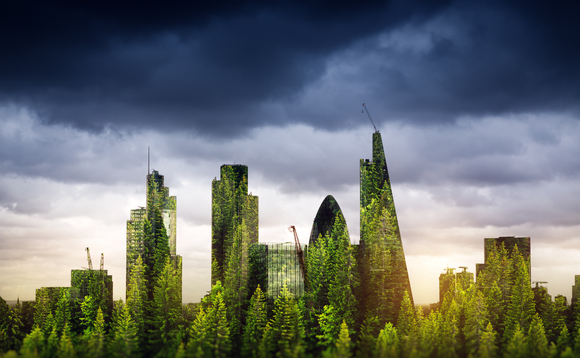 An avalanche of net zero and carbon neutral targets have swept the private sector in recent years, as companies have sought to reassure customers and investors of their climate credentials and commitment to driving the transition to a low carbon economy. Yet confusion still reigns among many observers about the difference between the many varied shades of corporate climate goals, sparking growing fears that some firms' toothless commitments could undermine the whole movement.

Analysts have characterised current corporate climate target landscape as a 'wild west', while UN Secretary General Antonio Guterres warned at the COP26 Climate Summit of a "a deficit of credibility and a surplus of confusion over emissions reductions and net zero targets" as he announced plans for a new group of experts tasked with analysing private sector commitments to reach net zero.

But regardless of their detractors, climate targets are here to stay. Emissions reduction goals are proven to provide a framework for companies to plot their net zero transition and offer a mechanism for firms to be held accountable. They are also increasingly in favour among governments and regulators, with Chancellor Rishi Sunak announcing earlier this autumn that large, listed companies will soon be required to establish comprehensive net zero plans.

The good news is that accreditation schemes for climate targets not only exist, but are gaining traction as corporate climate target setting moves away from its infancy. The Science-Based Targets Initiative, launched in 2015 to help companies set credible emissions reduction targets in line with climate science, has now accredited more than 1,000 companies around the world as having targets in line with a 1.5C warming scenario, the stretch goal of the Paris Agreement. Now, the group formed by CDP, the UN Global Compact, WRI, and WWF has established the world's first framework for corporate net zero target setting, the Net Zero Standard.

Discussing the new standard in a webinar hosted by BusinessGreen in association with EQUANS, WRI director of private sector climate mitigation Cynthia Cummis said the framework had been created to help clarify "what net zero truly means".

To have their net zero plans certified as aligned with the SBTi's new standard, firms must set short and long-term science based targets that are aligned with a 1.5C pathway; pledge to reduce their absolute emissions across all scopes by 90 to 95 per cent by 2050; and set out plans to reduce emissions outside of their own value chain. Firms can only apply for Net Zero Standard validation if they have already had their near-term targets validated as in line with 1.5C with the SBTi, Cummis added.

The hope is that the standard will help the public and investors identify which firms have established net zero targets that are robust and in line with climate science. The net zero concept has faced a something of a backlash in recent months with Greta Thunberg and other environmental activists raising concerns that long-term 2050 targets that rely heavily on offsetting projects, or lack provisions for near-term emissions reduction, provide a cover for firms to continue to invest in polluting infrastructure and business models.

Questioned about whether the SBTi would be calling out firms that failed to meet their near-term goals in the future, Cummis stressed the group's aim was not to 'name and shame' non-compliant companies but to make science-based targets standard practice across emissions-intensive sectors of the economy.

"Our objective is to build momentum, encourage and motivate companies to set more ambitious targets," she said, noting that evidence to date shows that companies that set targets tend to meet them. A recent progress review by the SBTi revealed that firms with science-based targets are exceeding their goals and reducing emissions on an average rate of 6.4 per cent a year, she said.  "Companies that set voluntary targets tend to generally meet them and met them ahead of schedule," she explained. "The theory of change is that transparency drives some level of accountability."

That said, the SBTi is building up its monitoring, reporting, and verification capabilities and plans to create dashboard where companies progress can be publicly tracked. "We are working on providing a stick, not just the carrot," Cummis explained.

She also argued the positive market signals to flow from the COP26 Climate Conference should give companies more confidence to set more ambitious net zero targets backed with major investment programmes. "We didn't get quite what we wanted [from world leaders] in Glasgow, which shows there is still a need for these voluntary efforts and businesses still need to lead the way and drive ambitious action, both by demonstrating to policy makers the level of ambition that can be achieved, but also by advocating the policies they need to meet these targets," she said.

The webinar also saw experts from EQUANS discuss the merits of the SBTi's approach compared with the PAS2060, the international standard for carbon neutrality - an accreditation recently tapped by the UK government to highlight the environmental credentials of the Glasgow Summit.

EQUANS carbon and compliance consultant, Angus Butcher, noted that while both schemes are highly regarded and provide a useful framework within which companies can measure and reduce their emissions, they differ in significant ways. The SBTi endorses corporate climate plans of companies that have pledged to reduce their greenhouse gas emissions in line with the 1.5C warming pathway recommended by climate scientists. Targets are validated by a team of SBTi experts, and must be resubmitted every five years.

In contrast, the PAS 2060 carbon neutrality standard can be awarded an organisation, but it can also be granted to product or service. It is not aligned to a particular warming pathway, but is accredited to entities that can prove that any carbon dioxide released into the atmosphere is being balanced by an equivalent amount being removed elsewhere. Businesses are required to have a management plan to reduce emissions in place and must commit to taking corrective action to ensure targets in the plan are reached, while also demonstrating that all emissions have been offset. Moreover, applicants can opt to have their carbon neutrality targets verified by a third party, or "self-verify" themselves - although PAS withholds the right to challenge any results.

Butcher said both accreditation schemes provided a helpful framework for companies to reduce their climate impact, but added that both needed to work on tighten the rules around reporting of indirect emissions generated across companies' value chains, otherwise known as Scope 3. "There is a slight grey area in terms of the Scope 3 within both standards," he said. "Arguably, the SBTi is more rigorous with calculating it, and certainly pushing it more in the longer-term targets [the Net Zero Standard]."

His colleague Erika Rankin, head of public solutions at EQUANS, said companies availing themselves of either accreditation standard could shore themselves against accusations of greenwashing by being "robust and clear" about the scope of their targets - in other words, which emissions have or have not been included in their accounting.

Both Rankin and Butcher predicted that voluntary target setting schemes were set to become increasingly maintream as the transition to a low carbon economy gathered pace, noting that mandatory energy compliance schemes  -  for instance the UK's Energy Savings Opportunity Scheme and Streamlined Energy and Carbon Reporting framework - fell short of providing companies and their stakeholders with clear evidence companies were stepping up to the net zero challenge.

"Mandatory compliance isn't enough,"  Butcher said. "We're going to have to branch out to voluntary schemes to meet emissions targets, not just in the UK but globally."

BusinessGreen's webinar was held in association with EQUANS. 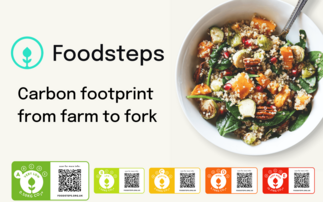 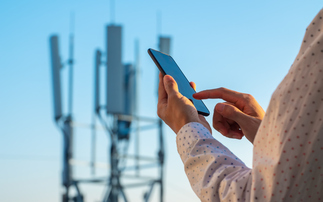 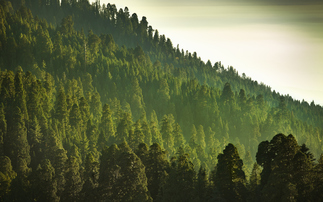