It is hard to know where to start with Bertrand Piccard's impressive CV. Among his long list of career achievements, he is a doctor, psychiatrist, a UN Goodwill Ambassador, a pilot and environmentalist.

But he is perhaps best known as an explorer, having already been the first to circumnavigate the world in a balloon non-stop two decades ago. Then, in 2016, he did it again, this time in a solar powered aircraft, becoming the first person ever to do so, and helping raise awareness of climate change and clean technologies along the way.

A passionate campaigner for climate action, Piccard is now initiator, pilot and chairman of the Solar Impuse Foundation, which - named after that plane he flew around the world - aims to promote and fast-track the implementation of clean technologies and climate solutions worldwide. The Foundation is currenly working to promote 1,000 solutions it claims are implementable and profitable today, launching a certification label and database in 2018 to support governments and businesses in scaling up these technologies. It's overarching target is already very close to being met, too - at the time of writing 939 solutions have secured the 'Solar Impulse Efficient Solution' label.

With the coronavirus crisis having put a hold on his travel plans, Piccard joined BusinessGreen from his Swiss home for a wide-ranging converstation taking in the explorer's many adventures, how psychiatry has influenced how he communicates the need for action on climate change, the key role of politics alongside clean technologies in delivering decarbonisation, and his hopes of going out to explore once again in a post-Covid world. The conversation can be watched in full above. 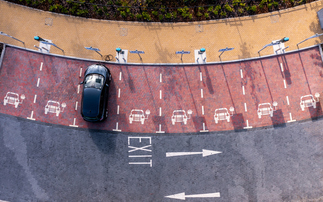 Icelandic company Carbfix has cracked the code on converting liquified CO2 into rock, leading the charge to capture and store excess carbon