Meet the Green Radicals: John Elkington on cross-pollination, getting sued, and the 'Exponential Decade'

At next week's BusinessGreen Leaders Summit BusinessGreen will publish a new report, in association with Greenhouse PR, featuring interviews with some of the leading green radicals who are working to reshape the economy and our collective response to the climate crisis.

Following last year's 'Meet the Disruptors' report and 2017's 'Secrets of the Pioneers' report, this year's series of interviews features some of the leading green business figures and activists who have embraced a new form of green radicalism in a bid to engineer a step change in the pace of UK decarbonisation.

As a preview to the report we are today publishing our exclusive interview with Volans' John Elkington, the entrepreneur and writer who has been at the forefront of green business thinking for four decades.

John Elkington is an author, advisor and serial green entrepreneur, who during his 40-year career has written or co-written 19 books on sustainability and economics and served on more than 70 boards and advisory boards.

As well as co-founding ENDS Report and think tank SustainAbility, John set up sustainability consultancy Volans Ventures in 2008. In September 2019 he helped launch Business Declares, a movement inspired by Extinction Rebellion aimed at encouraging companies to declare and take action on the climate emergency.

BusinessGreen: Do you think it is important that we respond to the climate/environmental emergency?

John Elkington: Once, I would have simply answered "Yes" to this question. That was then. These days, I am afraid, the fact that we still feel a need to ask the question makes me wonder whether our species deserves to survive. With decades of scientific evidence suggesting we have triggered the biggest excursion in atmospheric carbon levels in over 400,000 years, taking them to concentrations that pretty much guarantee tens of metres of sea level rise, alongside driving what ecologists are now calling the Sixth Great Extinction event in Earth's history, my sense is that any artificial intelligence worth its salt - or electrons - would, like Freud, conclude we have a death wish encompassing all life. If, instead, the question is whether we should be talking of a climate emergency at all, my sense is that this term actually soft-pedals where we find ourselves.

Why do you think we need green radicals at a time like this?

Because most people remain wilfully ignorant. If you believe the polls, large number now believe we can turn the corner on climate breakdown by switching to paper straws. Well, good luck with that. Given such entrenched myopia, the rights of future generations of all life must now be dramatised, celebrated, and protected. The emancipation of slaves and the enfranchisement of women was radically accelerated by radical actions. And now here we go again. In April, I supported the first round of Extinction Rebellion protests with a letter to The Times, signed by over 20 CEOs and business leaders. A few of our clients strongly disapproved that we were taking a political stance, which makes me wonder whether they have any sense of the nature and scale of the crisis and, as a result, the opportunity for come up the necessary solutions.

How would you define a green radical?

It's not a term I use, though to me radical thinking has always been a good, necessary thing in that it strips issues back to their roots - and radical action then builds out from that understanding. The difference these days is that you could just as easily apply the term to Bank of England Governor Mark Carney as to the heads of NGOs like Greenpeace or Greta Thunberg.

Do we need to redefine markets to tackle the climate emergency?

No question. Even capitalists now admit that capitalism is broken. The Financial Times recently ran that banner front page with the message: "Capitalism: Time for a Reset." The times, by God, they are a-changin'. Expecting ordinary people to change the world is a misdirect. Leadership means seeing ahead and doing what the future wants us to before the led even see the need. Unfortunately, today's politicians have collectively snorted some form of narcissism enhancer - and have become wilfully blind and deaf to those who can see what's coming at us all.

Do you regard yourself/your organisation as a green radical?

I have spent the last 40 years avoiding the sort of labels others would apply to people like me. If they thought you were an "environmentalist", they would apply a 95 per cent discount factor to anything you said on related subjects. Truth be told, I have always been what some would see as a trouble-maker, albeit one who has chosen to operate through capitalism, markets and business. Volans disrupts Milton Friedman's dictum that "the business of business is business" by insisting that "the business of business is change".

How has your organisation taken a radical approach to environmental action?

We were the first British B Corporation in the UK, which we now see as the entry level for the future. We measure our positive impact mainly in terms of our relationships with clients, whether through projects, boards or advisory boards. For example, I recently joined the board of Conservation X Labs in Los Angeles, whose modest ambition is to "reverse extinction."

How do you build the business case for radical change?

By pointing to places in the world where radical futures already exist and are working - on the basis that anything that exists is unlikely to be impossible.

What's the biggest barrier to you making change?

Two things come to mind: Human nature and economics, although the discipline is beginning to evolve. And, if I were to add a third, the reality bubbles created by the media, and social media in particular.

How have customers, employees, and other stakeholders responded?

Most embrace what we are doing. But some wonder whether we have taken leave of our senses, eschewing professionalism and objectivity in favour of agendas they struggle to get their brains around.

How do you inspire others to radicalism?

I am not a missionary. If anything, I am a catalyst, or as my job title puts it, a cross-pollinator.

What's the secret to taking a radical idea mainstream?

Timing - and a well-developed theory of change. And stamina.

Which area of the economy do you think is most in need of radical change?

Two that I think are going to get it in the neck in the Exponential Decade, the 2020s, are finance (most obviously) and agriculture and food. In the latter case, if you're interested (and we all should be) and you haven't read the RethinkX report on the coming disruption of the cow economy, do it now.

What's the most radical thing you have ever done?

Taking LSD in 1968, says my wife of 51 years, who I met that year. Other than that writing books that upset key clients. Our million-selling Green Consumer Guide back in 1988 led to us being sued for libel by McDonald's and three different parts of the old ICI, a long-standing client of mine at the time. We won in every case. Some, more recently, might point to my product recall (via the Harvard Business Review) of the triple bottom line, which I had launched back in 1994.

Who are the other green radicals that inspire you today? (and have in the past?)

Where to begin? I lit many of my influences on my personal website. These days I would have to say Greta Thunberg. Some in the media would love to cover the story of her burning out - which has to be a real risk. She is a giant, whatever her age and height.

What one radical thing would you like people to do right now to change our future?

To stop believing that is all going to work out fine. It isn't. And stop thinking that with one more small push we'll be there. We won't. This a multi-generational challenge that will require all of us to exert every sinew for decades.

This Q&A is one of a series set to be included in the forthcoming report 'Meet the Green Radicals', produced in association with Greenhouse PR 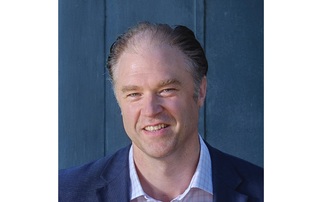