In the latest in our Secrets of the Pioneers series, BusinessGreen's editor looks back on an eventful decade for the green economy

James Murray is editor-in-chief of BusinessGreen, having led the brand's editorial coverage for the past decade. He co-founded BusinessGreen in 2007 and has overseen the website's expansion and the development of BusinessGreen's events and commercial offering since then.

A journalist since 2002, he comments widely on the green economy, clean technology, and the climate crisis.

I was working on the launch of BusinessGreen, building the reach of the blog that it grew out of, and working with the team at Incisive Media to deliver the full website. It was a lot of work, especially when you consider we were launching into what would turn out to be some pretty horrendous economic headwinds. But we are still here and still growing a decade on, and I like to think we have delivered on our vision to provide the green economy with the news and analysis it needs. It would also be nice to think we've played a small role in helping to push green economic thinking into the media and corporate mainstream.

Who knows - the economy and the media industry are changing so fast it is hard to look too far ahead. I'll still be working on environmental issues in some capacity though - that's a life-long project now that I can't ever see myself walking away from. And I still love writing and learning from fascinating people, so if I can continue to combine those passions I'll be pretty happy.

What is the most important lesson you have learned over the past 10 years?

Twitter is a huge drain on daily productivity. More seriously, I think my understanding of the all-encompassing nature of the low carbon transformation is the single biggest lesson. Too many people still don't understand the scale of the risk and the scale of the opportunity we face. Naomi Klein called her book on climate change This Changes Everything, and while I don't agree with all her analysis it is a brilliant title, because the climate crisis really should change everything. We, as a green economy and environmental campaigners, still haven't worked out how to communicate the immense reach of the clean industrial revolution that is already underway.

The other big lesson is the carbon bubble hypothesis - the unanswerable logic of that argument really should prove to be a game-changer and every economics and MBA course on the planet should be teaching it.

What is your vision for the green economy in 10 years' time and what do we need to get us there?

By 2027 we need to be clean and ultra-low carbon in the areas where we know how to decarbonise. That means an extremely low carbon grid, built around renewables and some nuclear (assuming Hinkley Point is online by then). It means electric vehicles with long ranges dominating the national fleet, and it means a step change in energy efficiency.

That needs to be accompanied by a sharp increase in R&D spend in the areas where decarbonisation will be difficult, such as aviation and industry.

The good news is all of that is entirely deliverable if the transition is finally treated with the urgency it requires by business and political leaders. A few more Teslas and a strengthening of the Paris Agreement around 2020 could put us on track. That is why I am so worried about Brexit, it risks distracting everyone from what needs to be done just as we enter this crucial decade.

What top three sustainability challenges will be top of the agenda in 2027?

I'm hoping the agenda will be dominated by the next phase of decarbonisation, rather than a continuation of the tired debate about the efficacy and cost of existing clean technologies. If I still have to write pieces in 2027 explaining that electric vehicles and wind farms won't actually crash the grid then we're all screwed.

So I hope by 2027 the debate is focused on curbing emissions from agriculture or delivering genuinely green flight or making scalable negative emissions technologies a reality. I also fear we are going to be talking a lot more about climate resilience by then - that seems tragically inevitable.

Will the world be on course for two degrees?

I doubt it, which is why negative emissions technology is so important.

If you could invest in one clean technology through to 2027 which would it be and why?

The obvious choices would be solar and storage due to their remarkable cost reduction curves. But if you want an investment tip I suppose you want an area that is undervalued currently. There is some fascinating work going on in material science - light-weighting materials, graphene, sustainable plastics, manufacturing from captured carbon. It's not particularly glamorous, but it could be transformational.

I also think we'll see a lot of important innovation around business models and financing models. There's been a huge amount written about the servicification of the economy and that could continue to be the dominant story of the next decade. Related to that is the recognition that if we can get financial services right we can remove the cost barriers to clean technologies.

I'm also excited by some of the moon-shot ideas. We need to find a way to capture atmospheric carbon emissions and we are long overdue a technology revolution in agriculture. Both areas could offer fertile territory for investors.

What advice would you give to a sustainability professional starting their job today?

I'm afraid it would be all the same old patronising stuff that people in the workplace always tell young people entering the workplace. Work really hard on mastering the basic skillset - learn how to write and communicate and work well as part of a team. Keep reading. These issues are evolving too fast to ever think you have got a handle on it. And recognise that while you are engaged in a project of epic importance, not everyone understands that, so finding effective ways to make the case for sustainable action is crucial.

Are you optimistic or pessimistic about the future?

I'm quietly pessimistic, I think, but as a relatively new parent I find that hard to admit. We've made immense progress in the past decade, but we have not gone far enough or fast enough, and Trump and co feels like a pretty serious backlash.

I got quite frustrated recently at the #climateoptimist campaign, which to me, perhaps unfairly, felt like an attempt to gloss over the scale of the challenge we face and a promotion of the idea that if we all just believe hard enough that everything will be OK then we will all be fine. Unfortunately, it is going to require a lot more than that.

That said, the amazing businesses and technologies we write about every day do allow for some optimism to break through. We do have many of the technologies we need to decarbonise. The mission now is accelerating their development and tearing down the barriers to deployment. Someone mentioned the old Gramsci line recently, 'pessimism of the intellect, optimism of the will'. That feels about right. 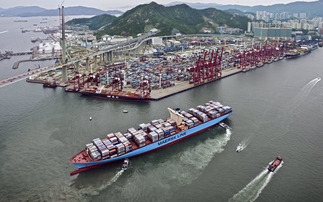 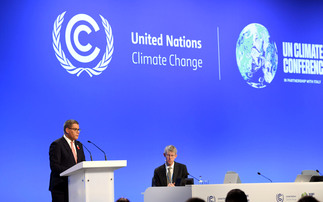