The Bill was proposed by Democrat Representatives Henry A Waxman and Edward J Markey, hence its colloquial name.

The bill was passed by the House of Representatives on 29 June 2009, and then moved to the Senate for approval. However, it faced staunch opposition in the senate and was superceded by a new version of the bill drafted by Democrat Senators Barbara Boxer and John Kerry, which has similarly faced numerous delays.

It would also enable the development of a nationwide carbon cap-and-trade scheme, which would allocate 85 per cent of emissions allowances to industry on a free-of-charge basis, with the remainder being subject to auction.

The revenues made from these allowances would then be used to fund the conservation of tropical forests abroad and to help support domestic businesses and low income households affected by the higher energy bills that would result from the scheme.

The bill also included a renewable energy standard that would require electricity suppliers providing more than four MWh of energy to generate 20 per cent of their power from renewable sources by 2020.

In addition, the wide-ranging legislation mandates increases in the energy efficiency of buildings, home appliances and electricity generation and provides for the modernisation of the electricity grid as well as the expanded production of electric vehicles. 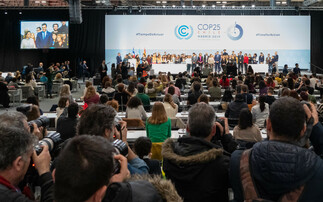 As fears of a 'COP flop' get an airing, the battle to define what constitutes a successful Glasgow Summit is hotting up