AstraZeneca is focusing on SDG3 through projects that target prevention of ill health, but its initiatives promise multiple co-benefits, including for the environment

Pharmaceuticals and clean energy may not seem like an obvious combination for a company. But a pilot project in Kenya by AstraZeneca is hoping to prevent ill health before it happens, while also protecting the environment and empowering women.

In common with millions of people across the developing world, families in Dunga Beach in Kisumu, Kenya typically rely on wood fuel for cooking. However, smoke from the indoor fires is a major cause of respiratory illness - globally 4.3 million people are estimated to die prematurely due to indoor air pollution from wood fires.

It is this interlocked health and environmental crisis that has prompted AstraZeneca to partner with the Cambridge Institute for Sustainability Leadership (CISL) to introduce biogas technology to the community at Dunga Beach. The biogas stoves use fuel produced in a biodigester fed by waste material that is freely available, such as animal dung and water hyacinth from Lake Victoria - an invasive species that is clogging up the lake.

The stoves have multiple benefits other than reducing exposure to smoke from wood fires, and will contribute simultaneously to several of the Sustainable Development Goals (SDGs). Women and children in the community will be freed of the need to collect firewood, a task that typically takes several hours a day, and can cause other health problems such as musculoskeletal disorders that result from carrying heavy wood and injuries from tripping or falling. They will instead be able to free up more time for education or income-generating activities.

Moving households from firewood to gas is also expected to improve the local environment by protecting trees, supporting a target set by the Kenyan government to increase the country's tree cover from 6.2 per cent currently to 10 per cent.

The biogas can also be used for other purposes such as incubating chicks and purifying water, while bioslurry produced as a waste material can be used as liquid feed for growing crops.

Jim Massey, vice president for sustainability strategy and engagement at Astra Zeneca, says the project and its multiple-co-benefits fits in with a shift in the company's focus from purely treating health problems, to actively helping to prevent them. The change has been prompted by the fact the biggest cause of death globally is now non-communicable diseases (NCDs) such as heart disease and diabetes, rather than infectious diseases, as in the past.

"Dunga Beach is a really innovative programme that focuses on more than one of the SDGs, but the way it started was our obligation to what we're should be doing as a company to address the global crisis we're facing with NCDs," Massey reflects. "Cooking food for your family should not set you up to be a patient of AstraZeneca. There's another way to solve this."

Fifty of the biogas stoves and biodigesters have been installed in homes so far, with a further two community-scale systems also being installed. Researchers have carried out a baseline study, and will return in six months, then 12 months, to monitor results. The project also aims to raise awareness among local people about respiratory health and the benefits of biogas stoves when they visit health centres.

Massey says he is working on ideas for funding options so that the technology can be deployed more widely if the pilot delivers the anticipated benefits for the community. He is also hopeful the project can be integrated with other environmental intiatives across the company he is keen to explore, for example, bringing in a travel tax for internal company meetings to help pay for the project as an offset.

Dr Jake Reynolds, executive director of sustainable economy at CISL, is similarly enthusiastic about the project's potential to scale up. "I've been working in development and sustainability for a long time, and this is one of the super-opportunities," he says.

Benefits include empowerment of women, job creation and environmental conservation, as well as health, he says, adding that it is rare to "find technology that ticks so many boxes and where the potential demand is massive". In countries such as Kenya and neighbouring Uganda, 70-80 per cent of the population is dependent on wood-based cooking, he points out.

The Dunga Beach project is not the first by AstraZeneca to target prevention of ill health in developing countries. Its Healthy Heart Africa programme aims to tackle hypertension and cardiovascular disease across Africa by educating communities about how lifestyles can contribute to heart disease, train healthcare providers, and provide access to low-cost medicines to treat hypertension.

In Asia, the company has a Healthy Lung Asia programme, focused on preventing asthma and chronic obstructive pulmonary disease (COPD), and lung cancer in nine Asian countries. It has provided education, diagnosis and treatment of COPD or asthma to 134,000 people, and trained some 5,000 healthcare professionals. The firm also has a programme to educate young people about health and reduce the uptake of unhealthy behaviours, in order to improve their health as adults and reduce their risk of NCDs.

Meanwhile, the firm also has a health and wellness strategy for its own employees. The initiative is due to be relaunched this year with a renewed focus on diet and movement, Massey says. As the company operates worldwide, the programme varies geographically, but includes measures such as subsidising healthy food in staff cantines, providing facilities for staff to discuss mental health issues, and encouraging employees to go for a walk while having a meeting. Again, the inter-play between behaviours that are good for our health and good for the wider environment is likely to be apparent. Tackling SDG3 can quickly deliver progress in tackling a raft of related SDGs.

But there is also a compelling business case for such initiatives, alongside the obvious health and environmental benefits. The improved understanding of disease causation AstraZeneca gains during extensive research and development into new drugs puts it in a unique position to help prevent NCDs, Massey says.

"It's not enough to provide medicines, we need to work with the societies in which we operate to come up with local solutions," he says. And in doing so the opportunity to nudge economies towards more sustainable development paths becomes self-evident.

In an event hosted by BusinessGreen, the energy and industry giants behind the largest industrial decarbonisation project in the UK sketched out their vision for how emissions produced by high carbon plants on England’s East Coast could be captured and... 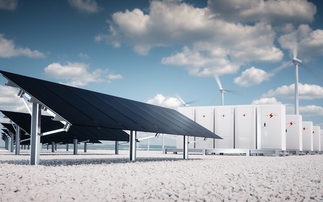