Is the scandalous corruption of our political campaigns also undermining our response to the environmental crisis?

As a specialist journalist operating in a specific field, whenever a big story breaks - I mean a really big story - the temptation is to search for the angle that applies to the topic you know best. Sometimes this can be a stretch. Is there a renewable energy angle on the MPs expenses crisis? Where is the green business interest in the Royal Wedding? But with the unfolding scandal engulfing Cambridge Analytica and Facebook - a genuinely huge story if ever there was one - you do not have to apply too excessive a crowbar to find several intriguing, big picture environmental components.

First up, anyone who followed the debates surrounding climate change over the past two decades will have experienced a wearying sense of familiarity as they watched the shock victory of the Brexit campaign and the political ascent of Donald Trump. The president wasn't just a climate sceptic, he was a student, and then the master, of the climate sceptic playbook. It was all there: contempt for experts; cherry-picked data; accusations that your opponents weren't just mistaken, but 'crooked'; a refusal to ever apologise or correct the record; fake news; a 'teach the controversy' desire to exploit the media's obsession with false balance; the death of nuance; the reckless embrace of risk. Trump and his advisors - not to mention several of the leading Brexit campaigners - took techniques perfected by climate sceptic lobbyists, applied them to every issue going, and weaponised them for the social media age.

Behind all the technical wizardry at Cambridge Analytica, the algorithms and the psychometric warfare, there were simplistic campaign messages designed to stoke confusion and dumb down complex issues. The thread that runs from the tobacco industry's years of amoral misinformation, through the climate wars, to Cambridge Analytica's turbocharged fake news is as obvious as it is utterly dispiriting. Lobbyist dirty tricks, puppet candidates, plausible deniability, a willingness to make common cause with petrostate authoritarians, it is all achingly familiar to anyone who has spent any time around climate sceptic campaigns or the murkier end of the global energy industry.

As the DeSmog website has documented this week, it even turns out that several of the key characters in both scandals are precisely the same people. It's a small world. A small world that is getting hotter with each decade.

Second, there are the obvious risk management lessons contained in Facebook's Greek tragedy-level hubris and cloth-eared response to the crisis. The simple reality is that the more complex a system becomes, be it digital or physical, the more points of vulnerability arise.

As the retail industry could tell you, handing responsibility off to third parties and pointing the finger at them when things go wrong, simply won't cut it anymore; not with customers, not with regulators, and not with investors. If you are the biggest name in a corporate chain you will end up owning the scandal no matter where it originates. Audits need to be regular, robust, and, if necessary, ruthless. Partner and supplier contracts need to be policed and enforced.

We are entering an age of metastasising risk. The ubiquity of digital networks and the mixture of opportunities and vulnerabilities they bring with them, coupled with the escalating impacts from climate collapse, means risk management is set to move from a dull compliance issue to a core skillset for any corporate with hopes for longevity.

But there is also something bigger going on here that has serious implications for the global response to the climate threat.

The practice of micro-targeting may be employed by every political party and large business, but it essentially a populist and divisive approach. It is about identifying a narrow demographic, a shared sense of values - be they liberal, socialist, illiberal, conservative or authoritarian - and pandering to them as shamelessly as possible. Messages of aggressive reassurance aimed at a single, relatively small demographic then almost inevitably result in the reinforcing of prejudice and the stoking of division. Add in the way in which only the target demographic will see these messages and you also have fertile soil for exaggeration, fake news, and conspiracy theory.

There is no leadership to be found in this sort of campaigning, no progressive vision. It is backwards looking - 'Make America Great Again', 'Take Back Control' - it builds both digital and physical walls, rather than tears them down.

As the journalist Hugo Rifkind observed in an essential Twitter thread, not every candidate could successfully deploy the Cambridge Analytica modus operandi. "Nobody credibly claims that social media targeting etc could take literally any candidate or platform and trick it to victory," he wrote. "In fact, the landscape favours particular candidates, and particular platforms. It favours the populist. The clickbaity. The outrage-causing. The shareable… Clinton couldn't have done Trump's campaign, because he didn't have his policies, or platform or personality. This is why when people say "Obama did this" they are not quite telling the truth. He could have. He didn't. Because his policies weren't about division."

It should be obvious that this form of politics is antithetical to global decarbonisation and climate action. Its inherent divisiveness is the precise opposite of the sense of shared endeavour and international co-operation contained in the Paris Agreement. No wonder Trump hates the treaty so much - it is the diametric opposite of everything he believes.

It should also be obvious that the digital tools and murky campaigning tactics deployed by Cambridge Analytica are most brutally effective in the hands of nationalists whose raison d'etre is divisiveness and whose understanding of the world is one of zero sum competition. As such, they strengthen those who are most likely to be opposed to climate action on the simple grounds that they instinctively oppose anything that smacks of collective international cooperation.

This data-driven campaigning is also calculated in every sense of the world. If the data tells you 90 per cent of people support clean energy and 10 per cent oppose it, but the 10 per cent are fiercely motivated in their opposition and live in your key target constituencies, while the 90 per cent's interest in the issue is soft and dispersed amongst voters who won't vote for you anyway, then you end up loudly opposing clean energy, regardless of what is in the national interest. Yes, it has always been thus, but Big Data analytics has turbo-charged campaign cynicism, rewarding populism and leaving ever less space for political idealism.

And then there is us and our unwitting - or more accurately partially witting - complicity in this whole sorry saga.

You can make a case for social media aiding the fight against climate change. Silicon Valley has been the world's premier crucible of technological innovation, much of which will be essential to building a net zero emission economy. Social media has helped create and nurture communities of like-minded eco warriors and green business leaders that stretch around the world. Writing as someone who spends far too much time sounding off on Twitter about green business issues there is a huge temptation to sign up to Silicon Valley's touchingly utopian belief that if you connect people and give them a platform then net benefits inevitably flow from the resulting interactions.

But there is a counter argument that Cambridge Analytica throws into sharp relief. The dopamine hits and addictive qualities that were coded into these platforms are encouraging us all to turn inwards, to look at our screens precisely at the point in history when we should be looking hard at the world around us. The ad revenue-maximising filter bubbles are locking us in to partisan groups and self-reinforcing tribes, precisely at the time when global decarbonisation requires an historic exercise of persuasion and bi-partisan consensus building. Thanks to The Observer's tireless investigative journalism we can now also see how these bubbles are supremely vulnerable to propaganda and confusion, precisely at the point when confidence in the institutions that will be essential to driving global decarbonisation needs to be buttressed.

We have collectively created a system of fragmented communities and then allowed it to be infected with competing versions of the truth, a miasma of fake news, at the exact point in human history when the global need to work on shared solutions from a basic rational, science-based epistemic standard has never been more acute. We are, as US blogger David Roberts memorably puts it, in the grips of an epistemic crisis. And that, ultimately, is the depressing environmental angle on this scandal.

The Cambridge Analytica scandal has broken in the same week as another big story, this time of the existential variety. The International Energy Agency confirmed global energy-related carbon emissions rose last year for the first time since 2014. Meanwhile, the World Bank warned of the prospect of 140 million climate migrants by 2050 and researchers warned flooding and extreme rain have increased 50 per cent in the past decade. These developments generated not a fraction of the coverage of the Facebook scoop, but in truth, climate change and the collective response of the green economy is so all encompassing there is almost always an environmental angle on any big story. The problem is we have created both a conventional and social media landscape where the climate-related angles we need to identify and act on are all too easily concealed by the fog of the information war. 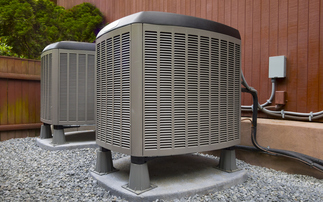 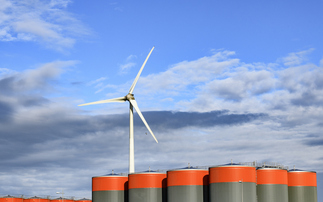