Hugh Fearnley-Whittingstall should wake up and smell the coffee, corporate trials are not always 'greenwash'

Should the green trials and pilots engaged in by big brands automatically be regarded as 'greenwash'?

Hugh Fearnley-Whittingstall certainly seems to think so if his comments on The One Show last week are anything to go by. The leading environmental campaigner and broadcaster was on to discuss his latest show on the ivory trade, but he also found time to provide an update on his recent effort to get the UK's coffee chains to tackle the 2.5 billion coffee cups that end up in landfill each year.

Asked which of the leading brands had responded best to his expose showing how the vast majority of coffee cups are not recycled he offered a damning indictment of not just the coffee chains, but pretty much all corporate CSR efforts.

"What happens often, the corporate response to these kind of things - when people start to say 'this isn't good enough', when the public says 'we want change' - [is] they do a trial," he said, gesturing to a table in front of him filled with branded coffee cups. "These guys are trialling in one street in Manchester with 11 extra bins, trying to gather all the cups - Starbucks are not taking part, maybe they are doing something else. To me that is a greenwash corporate response: ‘We are trialling some recycling in Manchester, we'll get back to a year or 18 months'. Until I see one of these big companies brandishing a properly recyclable coffee cup I'm afraid it's..." And with that he swept the thankfully empty cups onto the floor.

Now Fearnley-Whittingstall is one of the UK's foremost environmental campaigners with a hugely impressive and successful track record. His work on fisheries alone marks him out as something of an eco-hero and he has built on that campaign with a series of highly effective programmes pushing the oft-ignored issue of waste up the public and political agenda. The recent series highlighting the coffee cup mountain drew attention to an issue the leading chains had shamefully been allowed to ignore for far too long.

And yet does his sweeping condemnation of corporate trials really help resolve complex environmental issues? Or is it a case of a watchable polemicist tipping over into the field of counter-productive and unjustified knee jerk criticism?

Full disclosure: I have an interest in this particular row. The Manchester trial that is the target of Fearnley-Whittingstall's ire is being carried out by the environmental charity Hubbub, of which I am an (unpaid) trustee. Like all good green charities Hubbub is extremely careful to avoid any project that smacks of being a "greenwash corporate response" and is only interested in identifying the best way of tackling what Fearnley-Whittingstall has rightly diagnosed as a huge environmental problem.

It is the Himalayan scale of the coffee cup mountain which is precisely why you need trials. Faced with 2.5 billion coffee cups a year, the overwhelming majority of which are not recycled, there are only two options: you either find a way to replace all these cups with a new design that can be recycled through conventional recycling streams without contaminating existing recycling with soggy receptacles, or you find a way to separately collect and recycle the coffee cups we already have.

Inevitably, both approaches have their pros and cons. A new cup would require no behaviour change from customers, but there are questions about whether such a cup can be produced at the same cost and to the same standards as existing cups, and whether half-drunk cups slung into conventional recycling bins risk increasing contamination rates. In contrast, identifying a dedicated way to recycle existing cups would require no change to an effective and popular cup design, but customers would have to make use of special recycling bins for their coffee cups. Both approaches would require considerable investment, a degree of process re-engineering by the coffee chains, and significant new recycling capacity if a meaningful dent in that 2.5 billion cup waste stream is to be made. Of course you need trials to work out the best route forward.

Thankfully, encouraging progress is being made on both these fronts, albeit years later than should have been the case.

UK start-up Frugalpac has launched a new cup design which it claims can be recycled in standard paper recycling mills. And Hubbub has identified a recycling facility that can turn used coffee cups into plastic pellets and is working with a number of coffee chains on the #1moreshot campaign to see if Mancunian coffee lovers will make use of dedicated recycling bins.

Fearnley-Whittingstall has already signalled his preference is for a "properly recyclable coffee cup", but that description fits both the proposed new cup design and existing cups, which can be "properly" recycled if the right infrastructure is put in place.

The reality is that regardless of which solution the coffee chains eventually hit on, various alternative approaches need to be tested first. No business is going to invest millions in a new approach for managing their waste stream without a pilot to see if the proposed reforms work. No reasonable customer would expect them to, nor would they want to see the price of their coffee increase to cover the cost of any waste stream misadventures. It is critical the coffee chains look carefully at alternative cup designs, just as it is imperative they carry out proper independent pilots to see if they can drastically improve recycling rates for their existing cups. Then they can make an informed decision on the most environmentally and cost effective way to proceed.

The thing is, Fearnley-Whittingstall surely knows all this. That is why when his River Cottage was considering deploying a new technology for reducing food waste in its kitchens it undertook a pilot - also known as a trial - at one of its sites first. After all, no small business, no matter how environmentally minded, would want to shell out on a new approach without testing whether it worked.

If in a year's time, having undertaken their various trials, the UK's coffee chains have still failed to come up with a more credible approach for boosting woeful cup recycling rates then they will deserve all the caffeine-fuelled criticism Fearnley-Whittingstall lays at their door, just as they deserved the initial round of criticism over their failure to get a handle on this issue much earlier. That point of reckoning will come, and the coffee chains know as much.

But in the meantime, while branding genuine attempts to overcome a complex environmental problem might make good television, it is premature, unfair, and risks becoming counter-productive if corporations start to feel their concerted efforts to tackle an environmental issue will simply be dismissed as 'greenwash' out of hand. If pilot projects are good enough for River Cottage, they are good enough for the UK's coffee chains. 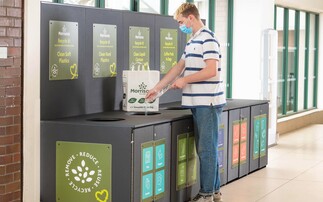 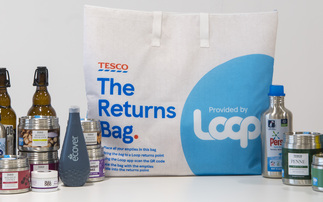 In the Loop: Tesco partners with Terracycle to trial reusable packaging service