How the Paris Summit can unleash Green Business 3.0

The Paris Summit is about so much more than delivering an international agreement, it is the market-making moves that will determine its success

What is the Paris Summit for? The answer seems obvious, its goal is the delivery of an ambitious new international climate change deal that provides a more co-ordinated approach to meeting the previously agreed target of keeping temperature increases within 'safe' margins, be they 2C or 1.5C. That is what it is for.

But it is also about something else. The delivery of a new accord and the agreement of new temperature targets will not, in and of themselves, reduce global carbon emissions by one gram. In fact, given the willingness of those ministers who could catch the train to the talks to take a flight the summit will increase carbon emissions by more than it should have done. The primary goal of the summit is therefore to help mobilise massive investment in the low carbon infrastructure, which, according to recent evidence, can deliver the necessary reductions in emissions without harming the global economy. Against this measure, regardless of what happens in the next few days of political machinations, the Paris Summit has far surpassed expectations.

An ambitious agreement this weekend will provide yet more policy certainty for businesses and help unlock levels of low carbon investment which are higher still. But significant progress on this front has already been achieved.

The avalanche of green business announcements seen over the past 10 days has been genuinely remarkable. From the tech billionaire's multi-billion dollar R&D commitments to the states and cities detailing plans to cut emissions by a level equivalent to the total current emissions of China. From the development banks unleashing billions of dollars of new climate funding to the various sector alliances promising to accelerate the development of solar power, green buildings, zero emission vehicles, and various other clean technologies. From the Financial Stability Board's climate risk disclosure commitment to multinational firms sourcing all their power from renewables. It is increasingly clear the shift in corporate engagement with climate change that has been gathering pace for the past decade is finally starting to come of age.

What is so encouraging about the flurry of announcements is the extent to which they go beyond the outbreak of target-itis that has marred previous climate summits. Yes, there are still plenty of well-meaning and vague climate change commitments being made that will only be tested well after the bosses that made them have left to spend more time with their yachts. But there are also a host of solid investment, project, and technology commitments to back these targets up. What we are seeing at Paris goes beyond the usual rhetoric and instead delivers real market-making plans that will serve to create demand for clean technologies, driving the march of LEDs and solar panels and electric cars and so many other emerging technologies further into the mainstream.

Crucially, it also promises ever tighter collaboration across industries and between the public and private sector in a bid to drive global demand for clean tech ever faster. The sharing of best practices enabled by groups such as IRENA and Narendra Modi's new solar alliance looks set to knock decades off the amount of time it takes to deploy clean technologies at scale. Some of these initiatives will no doubt disappoint and end up as little more than Air Mile-generating talking shops. But others will rapidly expand the reach of the green economy into new markets and industries, cutting emissions and driving investment in the process while also helping emerging economies avoid the coal-fired development path that would spell disaster for the global economy, not to mention the lungs of their citizens.

It has been said before, but what is underway is the world's first planned industrial revolution. In the past 10 days the planning has taken a giant leap forward.

What is so encouraging for the clean tech and green business sectors - beyond the obvious fact that every billion dollars of new low carbon investment and every national climate action plan creates major new markets for them - is that the Paris Summit comes at a point when growing numbers of businesses are ready for this uptick in demand. By luck or by design COP21 has coincided with a period when the companies that have driven the green economy to date are entering an exciting new phase in their development.

The first phase of green business development was about awareness there was a serious problem and acknowledgement more sustainable business models were part of the answer. The second phase of green business development, which has spanned much of the past five to 10 years, was dominated by the aspiration to deliver greener ways of doing business. At its best it was defined by effective target-setting, pioneering clean tech pilot projects, and the emergence of some genuinely low carbon organisations; at its worst it was characterised by cynical levels of 'greenwash'. The third phase, which a growing number of global businesses have now entered, is all about action: large scale investment and deployment of low carbon infrastructure, the transition of successful green pilots into company-wide initiatives, the creation and expansion of new clean tech markets.

Incidentally, the fourth phase rather annoyingly breaks the run of words starting with an 'A' - I'll never have what it takes to write a corporate self-help book - and is defined by transformation. It is probably another 10 to 20 years away, but you can see its seeds in proposals from the likes of Unilever to become a genuinely sustainable multinational or the growing number of companies signing up to net zero emissions targets. They will deliver a corporate world markedly different from the one we have all grown up in and the pace at which this transformation is completed will largely determine whether internationally agreed temperature goals are honoured.

The numerous market-making and market-shaping initiatives announced in the past few days go with the grain of this phased corporate transition. As do the flurry of new corporate commitments that go beyond worthy but inadequate pledges to trim carbon emissions and instead set clear science-based emission reduction goals or unequivocal plans to end investment in and reliance on fossil fuel energy.

The network of INDCs, Mark Carney's climate risk disclosure crusade, the billions of dollars of new R&D funding, the climate-related development finance, the co-operation and co-ordination between cities, regions, and businesses are all designed to put in place the carrots and sticks necessary to drive this new phase of clean tech deployment and emission reduction action (interestingly, the approach appears weighted in favour of carrots over sticks - political leaders know the easiest way to get a positive response from business leaders and are still reluctant to wrestle with the obvious implications the low carbon economy has for high carbon incumbents).

These measures also make those businesses and governments currently seeking to pull in the opposite direction and undermine clean tech markets look ever more isolated and short-sighted. As new markets expand, the myriad of initiatives born on the sidelines of the Paris Summit make it clear those seeking to protect old, unsustainable, polluting markets are backing the wrong horse.

What is the Paris Summit for? Its goal is the ushering in of a new era of Green Business 3.0. It looks like it might just succeed in doing so. 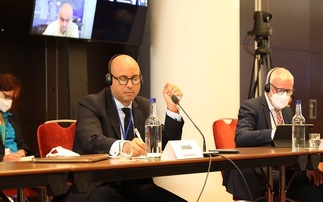 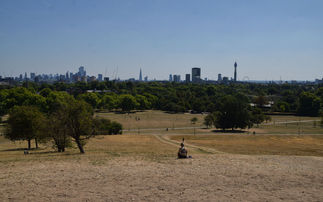