The government's fracking planning shake-up offends any sense of fair play, like so much of the Conservative shale gas strategy it could prove to be counter-productive

The double standards inherent in the government's plans to fast-track planning decisions for the fracking industry are as obvious and shocking as a gas flare towering above a rural meadow. It is as if someone took the brass neck required to condemn 'benefits cheats' while rinsing parliamentary expenses and decided to turn it into a workable energy policy. Amber Rudd and Greg Clark deserve immense credit for managing to announce the apparently 'one nation' plan without turning to the affected communities and renewable energy developers, shrugging their shoulders, adopting their best impression of New York accent, and declaring 'whad ya gonna do'?

For what little it is worth, I think ministers should have more powers to intervene in planning decisions that are clearly in the national interest and councils should be given the resources (and potentially face the penalties) needed to ensure decisions are made much faster than at present. But the government's move to grant itself sweeping powers to intervene in planning decisions relating to fracking just weeks after handing local communities more power over wind farm planning decisions is a genuinely shameful double standard, which, as with so much of the government's green agenda, is being pursued without full justification or reasonable scrutiny.

Add in the fact wind and solar farms have routinely been forced to wait years for planning decisions without so much as a breath of complaint from Conservative ministers and the injustice becomes even more obvious. As Rudd effectively threatens to deliver planning decisions on fracking projects that have not yet reached their desks within 12 months, the average time it took to get wind farm planning decisions over the past year stood at 15 months. It is the energy industry equivalent of 'one rule for them, another rule for us' and is pretty much as edifying as every other instance where this resigned mantra is applied.

The shale gas industry is no doubt celebrating today, as the chances of some projects finally, one day, getting developed have received a rare boost. But as so often with this nascent sector the celebrations could prove short-lived. The problem is the government's fracking strategy has now become so one-eyed and dismissive of reasonable reservations that it risks becoming counterproductive. Like Tony Blair intervening in the Labour leadership race, each government move to strengthen the frackers' hand risks doing more harm than good, by emphasising the extent to which decisions appear to have already been made and objections will be steamrollered.

Every time the government attempts to reassure local communities or explain to the public why fracking is a good thing, polling suggests opposition to the technology climbs. Even the Department of Energy and Climate Change's amusingly cheery video detailing how fracking works (which was promoted on Twitter today by the Prime Minister) manages to create the impression that if fracking is approved in your village you will be inundated with an avalanche of drilling rigs and cartoon trucks that resemble nothing so much as a holiday-ruining motorway traffic jam. In primary coloured, animated 2D the whole thing somehow still manages to evoke a backdrop from There Will Be Blood.

As Maf Smith of RenewableUK, who admittedly has his own dog in this fight, opined this morning: "One of the best qualities of the British people is their innate sense of fair play. So many will be concerned that the government is setting different rules for different energy sources, by taking decisions on shale gas away from local councils and putting them in the hands of ministers." The planning reforms will, of course, anger green groups, which will not bother the government one bit, but they will also anger countless Telegraph readers and rural voters who will be furious at this latest instance of Whitehall imposition.

The fracking industry is about to discover what the wind industry spent a decade finding out: government support and appropriate siting is often not enough, without local public support every project becomes a costly and time-consuming arm wrestle. Businesses need a licence to operate that extends beyond the licences about to be dished out by the government. Ministers will approve some projects and drilling will begin, but protests and backbench rebellions will follow. Meanwhile, the Conservative's fracking monomania has led to an inevitable fracturing of political consensus. A coherent opposition will eventually emerge and it will have a fracking industry that has become too closely associated with one political party in its sights. Scaling up this industry will be even harder than scaling up the wind energy industry, which has hardly been a cake walk.

As I've argued repeatedly before, the tragedy for those who want to see fracking in the UK play a role in the transition to a low carbon economy is that it really did not have to be this way.

I do not agree with the 'green fracking' argument that suggests domestic shale gas development is essential if we are to cut carbon emissions. As a climate hawk, I'd maintain accelerating fossil fuel exploration at a time when widespread carbon capture and storage (CCS) technology remains at the blueprint stage and climate science makes clear we need to be winding down carbon-intensive development is reckless at best, appallingly irresponsible at worst.

But I'm also aware this is not a universal position among green experts. The Committee on Climate Change has suggested we can develop some shale gas capacity and stay within our carbon budgets, especially if CCS is delivered. The US experience shows renewables and shale gas can co-exist as part of an emissions reduction strategy, if both are treated fairly. There are energy security arguments for developing domestic gas supplies, especially when gas remains our primary fuel for heat and cooking. Carbon Tracker's analysis of the 'carbon bubble' implications for the gas industry shows it has a much bigger role to play as part of a low carbon transition compared to coal and oil - although it also makes clear it is an extremely complex sector and not all projects are free of stranded asset risks; in fact, relatively high cost fracking projects could be the first to struggle in a decarbonising world.

The government could have nurtured these arguments and developed an environmentally semi-credible fracking strategy. It could have minimised local opposition by starting with a government-backed and tightly controlled trial to ease concerns about localised impacts. It could have quietly positioned new wells as an extension of the existing onshore oil and gas industry. It could have addressed reasonable fears about regulation by promising additional funds for the Environment Agency and accepting the recommendations of an industry-backed(!) task force for independent well monitoring. It could have promised that planning processes would be standardised for all strategically important clean energy technologies. And most of all it could have made it clear fracking would only go ahead in conjunction with the roll out of gas CCS technology.

Instead, ministers have spent the best part of six years making ever more dubious claims about the potential for a world-beating, epoch-shaping new fossil fuel industry in the UK and then acting surprised when the public voices fears the impact will be considerable. They fired the starting pistol on a dash for gas well before the public and developers were ready, leading to laughable mis-steps that eroded public confidence further. They redacted a report that raised perfectly reasonable concerns about the impact of fracking projects on local communities and house prices, ensuring it became a cause celebre before it was eventually published in full. And now they are responding to low levels of public confidence by attempting to browbeat democratically elected local authorities. You'd be hard pressed to recall the introduction of an industry that has ever been so badly mishandled. 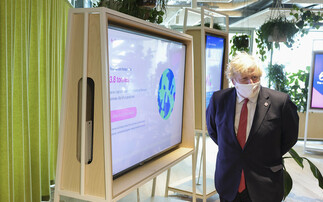