Over the past few weeks, I've written extensively on the government's all-out assault on the UK's green policy framework and its ongoing failure to detail how it will twist the resulting wreckage into the credible decarbonisation strategy it promised. So now it is time for something even more dispiriting. Ladies and gentlemen, I give you the Labour leadership race and its failure to say anything of interest on the biggest security challenge and most compelling economic opportunity of our times.

I know it has become de rigueur to condemn the Labour leadership race for its failure to deal with big issues or offer a compelling vision for the UK's economic development, beyond Jeremy Corbyn's bold assumption that what voters really want is a dose of unreconstructed socialism. But the inability of any of the leadership candidates, including Corbyn, to sketch out a compelling vision for a green, sustainable, and low carbon economy is truly remarkable and massively disappointing for those who want to see decarbonisation pushed up the political agenda.

I'll admit I haven't watched every minute of the Labour leadership hustings, because who wants to intrude on private grief?  But judging by the media coverage to date none of the candidates has gone out of their way to make climate action an explicit part of their pitch to the party or the country. Where they have sketched out their thinking on climate change it has evidently failed to excite.

Liz Kendall gave an intriguing interview arguing Labour needed to define itself through its response to big issues such as "globalisation, climate change, our ageing population and the threat of extremism". Both Kendall and Yvette Cooper namechecked climate change as one of the biggest threats facing the UK. Andy Burnham has praised the 'carbon bubble' concept and indicated he wants a moratorium on fracking. And Corbyn has made it clear he backs climate action and does not agree with his brother, climate sceptic weatherman Piers Corbyn, when it comes to the causes of climate change. Bold climate policies and a compelling vision for decarbonising the UK and creating a world-leading clean tech hub have been notable by their absence.

For a centre left vision on how to generate political capital from the public's growing interest in climate change and clean technology we have to cross the Atlantic to see how Obama is winning plaudits for his Clean Power Plan and Hillary Clinton is this week detailing how she thinks voters want more, not less, renewable power. Clinton's pledge to install half a billion solar panels (not personally, obviously) and generate enough renewable power for every home in the US is precisely the kind of populist yet plausible clean tech pitch Labour's leadership hopefuls seem strangely reluctant to embrace.

The low profile of the green economy from the Labour leadership race is bizarre for three important and inter-related reasons.

First, from a narrow electoral perspective the trauma that befell Labour in May saw over one million left-leaning voters back the Greens and virtually all of Scotland endorse an SNP platform that majored on clean technology and green growth. Meanwhile, in England the party failed to do nearly enough to reach out to centrist voters, build business support, and exploit uncertainty about the Tories' motives and plans. It seems pretty self-evident an Obama/Clinton style clean tech pitch could help on all of these fronts.

Secondly, in case Labour had not noticed the government is using the opposition's summer of polite debate/vicious in-fighting (delete as appropriate) to push through a host of controversial reforms that were largely unencumbered by anything as infra dig as a democratically endorsed manifesto commitment. Front and centre in this policy blitzkrieg is a high profile attack on a host of environmental policies. The failure of any of the Labour leadership candidates to launch a single effective counter-attack on the government's assault on the green business sector is strategically and tactically naïve. The government is being allowed to push through changes that were not included in the Tory manifesto and which will do considerable damage to the UK's decarbonisation efforts with little in the way of meaningful political opposition.

Thirdly, and most importantly, as Clinton has evidently concluded, a genuinely ambitious clean tech and climate change strategy is a very good look for a centre-left party seeking office. The most frustrating aspect of the Labour leadership campaign is that the more centrist candidates appear to have reached much the same conclusion (witness Cooper and Kendall's declaration climate change is one of the biggest threats facing the UK), but then failed to follow it up with the inspiring, clear rhetoric and eye-catching policies a leadership race demands, leaving the stage clear for Corbyn to press the party's social justice buttons.

Writing on Twitter yesterday, former Labour adviser Theo Bertram argued "the right/centre of Labour needs to enthuse supporters, not write letters to each other, wishing people wouldn't support Corbyn". As numerous commentators have noted in recent weeks, Labour tends to win when it promises to deliver an essential national project sprinkled with a dusting of inspirational idealism: Atlee's welfare state, NHS, and post-war settlement, Wilson's white heat of technology and the swinging sixties, Blair's pledge to rebuild and reform decrepit public services enthused with some Cool Britannia confidence. The UK's necessary decarbonisation and the promise of improved quality of life implicit in so much millennial environmentalism offers such a project in spades. Labour has flirted with it in the past through the Climate Change Act and Miliband's quiet commitment to the green economy, but is still failing to seize this most obvious of opportunities.

Best of all, a Labour leader who made climate action one of their defining priorities would discover both a lever for tackling the welfare, business, and austerity challenges the party seems to have little new to say about, and a route out of the self-defeating prism that attempts to fit candidates' every move onto an increasingly meaningless left-right spectrum - a spectrum that will collapse in on itself the day people realise perhaps binary divisions are not always the best way to organise a complex world. (Is carbon pricing a left-wing tax raid or a right-wing harnessing of market forces? Are social enterprises a lefty exercise in charity re-branding or right-wing expansionism for conventional business thinking? Is renewable energy a mechanism for libertarian independence or communal mutualism? And, yes, I am aware questioning the value of the left-right spectrum is a very centre left, New Labour/centre right, Cameroon thing to do).

If you look at several of the key issues that have left Labour stuck in a never-ending battle between its heart and its head it is clear there is a potential green answer. It is possible to reach out to "aspirational voters" with a pitch based on good green jobs, clean technologies, and capitalism with a purpose. It is possible to love-bomb the alienated business community by offering an ambitious yet credible low carbon infrastructure programme, without compromising your criticism of irresponsible businesses. It is possible to simultaneously address the inter-locking challenges posed by fuel poverty and the giant housing benefit budget with a zero carbon building and energy efficiency retrofit programme. Most of all, it is possible to offer a much more nuanced and effective response to austerity by combining a clear commitment to cuts in certain areas with a Green Investment Bank-led infrastructure investment programme designed to benefit both voters today and future generations.

The avalanche of think pieces offering Labour advice on where to go next are good at sketching out visions, and much less good at offering any real practical suggestions. So what would a compelling centre-left climate strategy actually look like?

Obama and Clinton offer a good template, with eye-catching commitments for half a billion solar panels and a willingness to take on the coal industry. Half a billion solar panels might be a bit rich for the UK, but how about a solar array on every school and a Royal Commission on the carbon bubble and the future of the North Sea and UK fracking? How about a proper community energy strategy and an effective pay-as-you-save energy efficiency scheme? How about a serious debate with business leaders about the merits and pitfalls of quarterly reporting and the need to build climate resilience? How about a pledge to take George Osborne's northern powerhouse vision and show once and for all that you cannot power a 21st century economic powerhouse with 20th century energy and transport infrastructure?

This is the start of what a compelling centre-left green offer looks like. In reality it does not look much different to a compelling centre-right offer (witness Angela Merkel's continuing position as ‘The Climate Chancellor'), but that is kind of the point. Ambitious action on climate change represents a centrist and pragmatic strategy built around sensible regulation, effective risk management, technology innovation and much-needed investment, but it is none the weaker, nor less inspiring for that. Best of all, as Merkel and Obama have shown, such a vision offers the Labour leadership candidates an opportunity to spin idealism as pragmatism, and vice versa - a talent they all desperately need to master.

The failure of the Labour leadership candidates to emulate their front-running counterpart on the other side of the Pond and deliver such a vision remains one of the biggest mysteries of a logic-deficient political summer.

How APP is embracing the 'landscape approach' to end deforestation 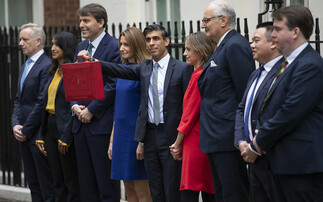 BusinessGreen rounds up all the top reaction from green business figures, politicians, think tanks, NGOs and academics to Chancellor's Budget 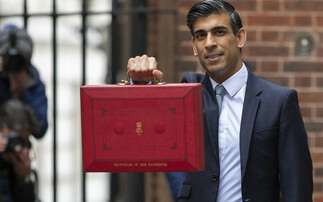 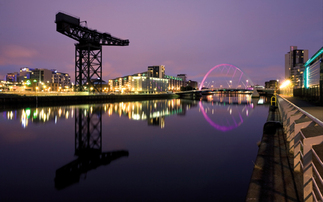 Sign up now for a webinar series being hosted by BusinessGreen’s COP26 Hub, in association with Schneider Electric and BCG, with the first event taking part on Friday