From polls to protests, the shale gas industry is its own worst enemy

Shale gas may have a role to play in a low carbon energy mix, but the industry will never deliver unless it can cut out the PR blunders

It is hard to know where to start with the shale gas industry's latest week from hell, not least because a fair few of its current woes spring from a report in which large sections were redacted. The campaign to build a domestic shale gas and oil industry now appears to be collecting PR blunders like the Russian oil industry collects spills, that is to say frequently and with a remarkable insouciance.

The week started badly for shale gas lobbyists, with Defra's heavily censored report on the Rural Economy Impacts of shale gas featuring the word "redacted" so many times it looked more like a national security report - although given the crucial debates surrounding fracking centre on questions of climate and energy security, I suppose, on some levels, that is exactly what it is.

Someone may have thought the scale and nature of these redactions would help protect the industry from yet more difficult questions, but as is so often the case with state censorship they have only invited further speculation.

Defra's highly contestable assertion the redactions are justified because early disclosure of parts of the analysis could "close down discussion", only fuels suspicion that it is seeking to suppress evidence that may hamper the government's pro-fracking strategy. This suspicion is further stoked by the extent to which the redactions appear to be weighted against those sections where you would reasonably expect concerns about fracking's impacts to be located.

The Institute of Directors' controversial estimate that shale gas investment could reach £3.7bn a year gets a full hearing (it is worth noting once again for comparison that renewables investment cleared £8bn last year), but the sections on social impacts, house prices and conclusions are heavily redacted.

The decision to redact an entire section on one of the three "social impacts" identified by the report is particularly egregious. The report acknowledged there could be impacts on house prices and local services from fracking, and then redacted the entire third part of the chapter, leaving readers to wonder whether fracking could also result in plagues of locusts and storms of fire.

What could this mystery social impact be? There is no way of knowing, but it is perhaps worth noting that you would expect a thorough report on the potential impact of shale gas on rural communities to at least acknowledge some of the "community cohesion" issues the shale gas boom has sparked in rural America as an influx of mostly male oil and gas workers have brought with them strip clubs and gambling dens to previously quiet rural towns. It is highly unlikely Balcombe is about to be turned into Sin City, but concerns about the social tensions of fracking are surely at least worth considering.

If anything, Defra's response to questions about the report's redactions and its focus on house price impacts only made things worse for the industry. "There is no evidence that house prices have been affected in over half a century of oil and gas exploration in the UK, or evidence that this would be the case with shale," a spokeswoman said, glossing over the fact one of the few parts of the department's own report that was not redacted admitted there was some evidence of falling property prices near fracking sites on the other side of the Atlantic. Apparently, the US shale gas experience is relevant when talking about jobs and energy costs, but suddenly irrelevant when talking about house prices.

As the venerable Geoffrey Lean observed in The Telegraph (hardly a cheerleader for anti-fracking protests), "rightly or wrongly [the report] can only raise suspicions in Middle Britain that ministers and the industry have a lot to hide on how fracking will affect its vital interests".

All of this would have been bad enough for shale gas industry lobbyists, but the row over the secret impacts of fracking also served to overshadow the release of their latest survey on the level of support for fracking projects - a survey which quickly found itself similarly mired in controversy.

A poll commissioned by the UK Onshore Oil and Gas (UKOOG) association and carried out by Populus found that 57 per cent said the UK should exploit shale gas reserves, while just 16 per cent were opposed and 27 per cent claimed not to know. The suggestion that around double the proportion of people supported shale gas than had done in previous polls immediately sparked suspicions among green groups, even before the government helpfully published its own poll showing the proportion of people who support fracking has fallen to 24 per cent, the number opposed has risen to the same proportion, and nearly half of people can't be bothered either way.

UKOOG's PR company attempted to put a quite remarkable spin on the contrasting set of results, suggesting the difference can be explained by their decision to give respondents to the question on shale gas development the chance to reply only 'yes', 'no' or 'don't know'.

"DECC offered a wide range of answer options including 'neither support nor oppose' - and 47 per cent of people picked this," they said. "In the UKOOG poll we wanted to get a clear view of people's attitudes if they had to make a clear choice, either supporting or opposing shale production (with a 'don't know' option offered). When given this choice 57 per cent supported shale gas exploration. A lot of people who would sit on the fence if given the option support shale gas production when asked to make a choice. The real finding of the DECC tracker is that 51 per cent of the population 'neither support nor oppose' production (47 per cent) or 'don't know' (four per cent)."

Leaving aside the fact that you know a lobbying effort is struggling when its argument boils down to 'look, we've spent all this money for three years and we're delighted the majority of people remain utterly indifferent to our technology', there is another 'real finding' from the contrasting surveys, namely that you can achieve a lot with leading questions.

The reduction in the number of multiple-choice options may have had an impact, but as polling expert Leo Baresi explained in an excellent blog post, so did the series of leading questions that presented context-free arguments for fracking. "This isn't an attempt to find out what the public think about fracking," he concluded. "It's message testing."

As if all this is not enough, the shale gas industry's woeful week is about to get worse. Up to 1,000 protesters are expected at an anti-fracking camp near Blackpool from today and, while many of them will fit the stereotype of unwashed eco-loons, their numbers will be swelled by the local residents hugely concerned about the impact of drilling in the area on house prices and quality of life.

The big problem for those who think shale gas has a major role to play in the UK's energy future is that this week forms part of a pattern for what must be one of the least successful lobbying efforts of recent times. The industry may have been able to convince the government to give it the relaxed planning rules and tax breaks it wanted, but its communications effort has been so confused that it has singularly failed to secure the public support it needs to gain a social licence to operate. The net result is protests, rejected planning applications and, for all the talk, a distinct absence of the test wells needed to demonstrate whether all this heartache actually has a purpose.

It all could have been so different. The shale gas industry could from the start have made a much more forceful case for domestic gas replacing coal and imported gas as part of a low carbon energy mix. It could have lobbied for a decarbonisation target, come out in favour of stronger carbon targets, pushed for more spending on carbon capture and storage, and made a genuine effort to build allies across the political and campaigning spectrum.

Instead, intentionally or otherwise, the government and the industry hyped the benefits of shale gas to a frankly unbelievable degree, while literally redacting the potential costs and risks. It buddied up with the climate sceptic commentariat and foolishly failed to stop support for shale gas becoming a political virility test for the right wing, alienating plenty of centrists in the process. It mismanaged planning issues and singularly failed to cut through with reassurances about the scale of local environmental impacts, allowing horror stories from the under-regulated US to gain traction. It stuck its head in the ground in response to the carbon bubble hypothesis, largely ignoring the mounting concerns about the long-term economic viability of the US shale gas boom. And all the while some of its more visible cheerleaders responded to legitimate concerns by attempting to shout down critics.

The big problem for environmentalists is that, firstly the shale gas industry's meandering from one PR fiasco to the next distracts from the real game-changing developments underway in the renewables, energy efficiency and nuclear sectors. And secondly, as Geoffrey Lean points out, the industry's continued failings mean it is in danger of ruling itself out from a potentially useful role in that greener energy mix.

Domestic shale gas may possibly play a part in a clean energy mix built around renewables, nuclear and, most crucially for the gas industry, carbon capture and storage technology. But it will have no chance of doing so if it can neither win over the public nor make common cause with genuinely clean energy sectors.

Intriguingly I was once told by a senior figure at a green NGO that opposition to shale gas was initially not the cut-and-dried issue for the organisation that you might expect. But its mind was quickly made up by the extent to which the fracking industry and its supporters in government angered the campaign group's rank-and-file members and rode roughshod over environmental concerns.

UKOOG gamely insists everything is still to play for and, with over half of respondents to the government's poll expressing indifference towards the technology, the door does indeed remain ajar for some form of domestic shale gas industry. But it cannot expect to push open that door if it continues to experience weeks when fracking is associated with falling house prices, redacted reports, and controversial polls.

The government and the industry urgently needs to build public trust and it should start by coming clean about the likely impacts of shale gas on rural communities. There is no justification for secret government reports on this issue. Once that is done it should also engage much more fully with the legitimate questions that are being asked about its impact on local habitats and climate change, not to mention the financial risks the sector faces from any carbon bubble.

Failure to tackle these issues would spark another question that may prove fatal to the UK's fledgling shale gas industry: with thousands being spent on the best lobbyists, could it be that the reason the public are failing to embrace fracking has less to do with the repeated communication missteps and more to do with the fact that the prospect of a domestic shale gas industry at a time when clean technologies are more popular than ever is just not that appealing?

Coal generation down as Germany breaks yet another renewables record 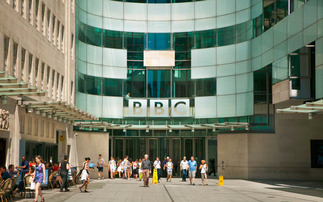 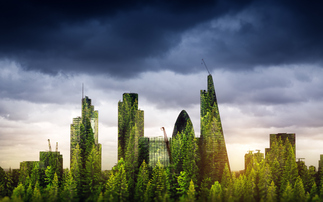 Survey: More than half of consumers do not trust corporate green claims

SEC Newgate poll warns of 'deficit of trust' between consumers and corporates in the UK, as public concern over climate change hits record levels 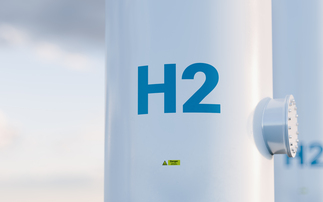