Is sceptics' 'McCarthyism' spin their cleverest ploy yet?

This much we know. Last week Professor Lennart Bengtsson of the University of Reading quit the board of the Global Warming Policy Foundation (GWPF) after just two weeks, complaining that the "enormous group pressure" he had faced from colleagues meant that were it to continue, he would "start to worry about my health and safety". He added that the criticism he had faced for joining a think tank renowned for its climate sceptic stance reminded him "about the time of McCarthy".

GWPF chair and former Tory chancellor Lord Lawson responded, accepting the resignation with "great regret" and adding that the "reference to McCarthyism is fully warranted". The Times and the Daily Mail, to name but two, then picked up on the story and elaborated on how the 79-year-old Bengtsson had, in his own words, become "most upset" when a colleague from the US resigned as co-author of a paper because of his involvement with the GWPF.

The stories were followed on Friday by a front-page splash from The Times, making serious allegations that a paper on climate sensitivity had been dismissed by Environmental Research Letters because one peer reviewer thought it would be "harmful" on the grounds it could be spun by climate sceptics to suggest there were errors in current climate projections. The story was subsequently picked up by newspapers and blogs around the world as evidence that climate sceptic arguments were being "suppressed" and that those who challenged the orthodoxy on climate science were being "harassed".

This much we also know. Later on Friday, Environmental Research Letters' publisher IOP Publishing issued a comprehensive and detailed statement categorically rejecting The Times' allegations that Bengtsson's work had been "deliberately suppressed" because it challenged climate projections. Nicola Gulley, editorial director at IOP Publishing, confirmed the draft paper had been rejected because it "contained errors" and "did not provide a significant advancement in the field". She added that "the decision not to publish had absolutely nothing to do with any 'activism' on the part of the reviewers or the journal, as suggested in The Times' article".

The publisher also took the unusual step of publishing the reviewer's comments about the paper being "harmful", which were partially quoted by The Times. Taken in context, they revealed that the reviewer's concerns centred on the belief the "the overall innovation of the manuscript is very low" and that flawed comparisons of observations based on estimates of warming and model-based estimates were like "comparing apples and pears". It was this flaw and the conclusions drawn from it that the reviewer felt was "harmful as it opens the door for oversimplified claims of 'errors' and worse from the climate sceptics' media side". In giving voice to concerns that the flaws in the paper could be spun by climate sceptics, the reviewer's wider concerns over the reports' flaws appear to have been spun by climate sceptics.

Meanwhile, requests from the Guardian newspaper for Bengtsson to provide some examples of the "enormous group pressure" that had prompted him to fear for his health went unanswered. Although late on Friday, Bengtsson did issue a statement confirming unequivocally that he did "not believe there is any systematic 'cover-up' of scientific evidence on climate change or that academics' work is being 'deliberately suppressed', as The Times front page suggests". However, he did voice concerns over a "wider trend that science is gradually being influenced by political views" and the manner in which "the Environmental Research Letters reviewer's comments suggested his or her opinion was not objective or based on an unbiased assessment of the scientific evidence".

Leaving aside the apparent contradiction presented by a scientist who opted to join a policy-focused think tank chaired by a former chancellor and funded by opaque means complaining two weeks later about the politicisation of science, the statements from IOP Publishing and Bengtsson should draw a line under this sorry saga.

IOP has made it plain the primary reason for rejecting the draft paper was due to its quality (or lack thereof) and Bengtsson has accepted the decision, even if he remains concerned by the way in which one reviewer mentioned that the flaws in the paper were ripe for misinterpretation by climate sceptics. There has been no evidence, as yet, to substantiate claims from Bengtsson and his supporters that he has been subjected to McCarthy-ite harassment and suppression (it will be fascinating to see if evidence does emerge showing that people have over-stepped the line in their criticism of Bengtsson), although it should perhaps be noted that it is possible for someone to feel harassed without any individual necessarily having committed harassment. For example, one of two colleagues informing you, even in robust terms, that they think you have made a grave error of judgement is upsetting. One or two hundred colleagues, all making the same point, would be distressing in the extreme. If this is what has happened, Bengtsson deserves some sympathy.

However, if a line should now be drawn under this hyped-up story, the likelihood is that we haven't heard the last of this incident.

I try (and often fail) to avoid writing about climate sceptic spin too often, partly because it is like pinning the proverbial jelly to a wall, but mainly because it is a distraction from the real issues: the growth of the green economy, the policies and technologies that underpin it, and the climate risks we all face. But this latest bout of spin from the GWPF and its allies feels important, as it represents an extremely clever new ploy that could prove to be the next front in climate sceptics' war on green policies and scientific consensus. Just as the previous "teach the controversy" tactic, the amplifying of the so-called "climategate" emails, and the recent focus on climate adaptation, all sought to muddy the debate on how best to respond to climate change, sceptic groups – by accident or design – have hit on a new trope that aims to deliver precisely the same effect.

By claiming that climate sceptic viewpoints are being "suppressed" and that climate sceptics are being "harassed" you effectively tar all criticism, however legitimate, with the brush of McCarthyism ultra-lite. By claiming victim status in this manner and accusing opponents of silencing them, the sceptic camp is able to pre-empt any criticism of their arguments. Moreover, the more frustrated scientists and environmentalists become by climate sceptics' misleading arguments, and the more robust they become in their criticism of the truly reckless policy proposals put forward by Lord Lawson and his supporters, the easier it becomes for sceptics to paint themselves as innocent victims of a bullying establishment.

It is a staggeringly cheeky tactic when you look at it closely. It is an insult to those brave men and women who stood up to senator McCarthy to liken the professional opprobrium aimed at climate sceptic academics with the US witch-hunts. It is an affront to those who face real suppression to argue that climate-sceptic views are being denied a fair hearing – an affront made all the more remarkable by the manner in which complaints of compromised free speech are made from the pages of national newspapers. It is pretty low to effectively accuse your critics of a lack of integrity and when they get angry about it, imply that they are bullying you. It is to be hoped that those sceptics complaining about their rights being impugned never have to face genuine injustice.

The question, as always with climate sceptic spin, is what to do about it.

Dame Julia Slingo provides part of the answer in this morning's Times, with a plea for cool heads to prevail and for the scientific component of the climate change debate to be carried out in a professional and dispassionate manner that eschews personal attacks. The best way to deal with the scientific arguments put forward by climate sceptics is to continue to engage with them on their own merits and highlight any flaws that may emerge. It might be frustrating to be forced to re-tread ground that the vast majority of climate scientists believe is settled, but that is how the scientific method works and to date it has proved highly effective at showing how manmade climate change is happening and poses a potentially serious threat. As Slingo argues, "all scientists – no matter what their viewpoint – must be free to review and debate their research unfettered and without personal attacks".

As I've argued many times before, climate change is predominantly a risk management issue and responses are divided between reckless proposals to wait and see what happens, perhaps while making modest investments in adaptation measures, and more cautious proposals to try to mitigate the impacts of climate change and urgently adapt to those that cannot be stopped.

It is possible to find climate projections to support both of these policy responses, but several decades of research – and the largest ever exercise in scientific peer review in the form of the most recent IPCC report – have made it plain that the most credible projections demand urgent action to tackle gargantuan and escalating climate risks. No one has been silenced, the reams and reams of evidence have been assessed and the vast majority of the world's finest scientific minds continue to warn that we are facing a serious problem.

Moreover, from a business perspective it does not matter if you personally think we should take a punt on climate change not being as serious as the scientific warnings suggest, because the majority of policy makers, business leaders, insurers and investors disagree with you. There are a few notable exceptions – the Australian government, the US Republican Party, a few oil companies – but from the White House to the Chinese National Assembly and from the labs of Google to the boardroom of Lloyds of London, the desire to tackle climate risks is now firmly entrenched.

All climate-sceptic spin boils down to one central argument: that we should bet the farm, or more precisely the entire global economy, on climate change being slow enough and minor enough so as we don't have to worry about it. Any business or politician with long-term concerns knows that such irrational optimism is reckless in the extreme. The best way to disarm the sceptic spin machine is to continue to make the case that the sensible and responsible course of action is to dispassionately assess the evidence and take urgent action to mitigate the huge risks that we all face – not take a punt on the vanishingly small chance that almost the entire scientific community is wrong. It is an easy and compelling case to make, not least because tackling climate risks will simultaneously deliver a healthier, more resilient and more sustainable economy. This much we know.

Mind the gap: Why ESG reporting at private companies is essential for achieving net zero

Five surprise technologies that can turbocharge the net zero transition 'No more business-as-usual': Are these the three guiding principles for building a commercially viable net zero business? 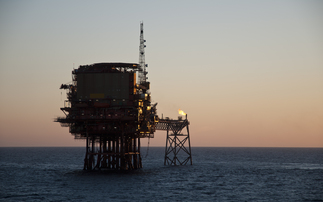 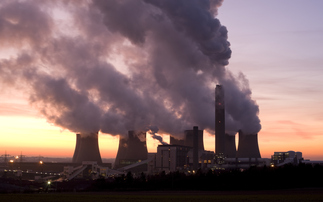