How hard are the Lib Dems willing to fight for their green reputation?

The Lib Dems are about to face one of the biggest tests of their time in government in the upcoming battle over carbon budgets. Losing is not an option

For decades, Conservatives and Labour alike have sneered at the smaller of the three main parties and pointedly asked, "what are the Lib Dems actually for?" The question has always prompted an equally pointed response, along the lines of "we're for the civil liberties you trample over, the liberal, centrist stance you refuse to take, and the environmental responsibility you fail to demonstrate". However, the inevitable compromises of coalition have seen the Party face ever more hostile questions about its purpose and motives, and not only from its natural political opponents.

These questions are particularly acute when it comes to the Lib Dem's long held commitment to environmental responsibility and the green economy. It has long been taken as a given that the Lib Dems are the greenest of the three main parties. Yes, the Greens may have the most ambitious (and controversial) environmental plans, but it is the Lib Dems that have repeatedly pioneered demanding yet largely realistic green policies. You might not have agreed with every green policy they proposed - for example, the party's long standing opposition to nuclear power continues to divide environmentalists - but for much of the past 20 years the Party has maintained an admirably distinctive green voice at Westminster.

The Lib Dem leadership would no doubt like to retain this reputation as green pioneers right through to the next election and beyond. Green issues animate the party's base like few other topics, while the Lib Dem's unashamedly pro-green stance draws a clear dividing line between the junior coalition partner and the rump of the Conservative Party. Moreover, they will have a pretty compelling case to make, despite the now frequent warnings from green business leaders that the UK's low carbon policy push has lost its way. Nick Clegg and Ed Davey will be able to point to the Green Investment Bank, the Green Deal, the Renewable Heat Incentive (RHI), and most importantly the Energy Bill, as evidence of the party delivering on its green promises. Continued growth across the green economy will aid this narrative, as will the signals from George Osborne and co that many (but not all) Conservatives want to row back on these policies.

However, growing numbers of green business leaders and environmental campaigners are now asking whether this record constitutes true green leadership. Speak to many clean tech executives and green policy experts and frustration with the Lib Dem leadership's failure to deliver more progress is often palpable. They argue the welcome green achievements delivered by the government were in the coalition agreement and were backed by both parties, with green Conservatives keen to take their share of the credit. Where the Lib Dems have demanded more ambition - on the Green Investment Bank's ability to borrow or the decarbonisation target in the Energy Bill - they have been repeatedly blocked by George Osborne and short termist trolls of the Treasury. Meanwhile, in some areas where progress was expected, such as waste, green taxation, or planning reform, the coalition has singularly failed to deliver and there has been hardly a peep of protest from the Lib Dem benches.

Of course, Clegg and Davey will argue, not unreasonably, that without them things would have been a lot worse for the green economy. Without Lib Dem opposition Osborne would no doubt have imposed an even worse settlement on the renewables sector through the Energy Bill, authorised his reckless gas strategy, and already torched the carbon budgets for the mid-2020s. You only have to look at the all-out assault on green economic policies now under way at Defra and the Department for Communities and Local Government to see what can happen when right-wing Conservative cabinet ministers are given their head in departments with an environmental brief. It has taken a considerable amount of political skill from Clegg, Davey, and Chris Huhne before him, to hold onto the green gains inscribed in the coalition agreement.

But that said, "it would have been a lot worse without us" is hardly up there with "Labour isn't working" or "Morning in America" when it comes to compelling electoral slogans. If the Lib Dems are to build on their reputation as green leaders they will need to secure a number of genuine victories between now and the end of the parliament, at the same time as advancing a green economic vision that is commensurate to the scale of the environmental challenges we face.

The Party faithful knows all of this, which is what makes the Green Growth and Green Jobs policy paper that is up for debate at the Party's upcoming conference such an interesting contribution. Media attention will inevitably be drawn to the proposal to either reject all new nuclear plants or accept nuclear playing a "limited role" in the future power mix. But the rest of the document is a fascinating collection of progressive and ambitious green policy proposals, ranging from short term dividing lines with the Conservatives such as support for a decarbonisation target and only limited fracking, to long term goals to phase out cars with internal combustion engines by 2040 or ensure all thermal power stations utilise their waste heat. Some of these policy proposals lack detail, but taken as a whole they at least acknowledge the scale of the climate challenge we face and the necessity for bold and potentially controversial policies - something few political leaders are willing to do.

I would not be surprised if many of these policies command almost complete support from Lib Dem members, just as they always have done. The question is what, if anything, will the party leadership do to push forward this vision? And, perhaps more pertinently, what can they do?

It could be argued that there is not much more the Lib Dems can achieve during this parliament; the green policies that are going to be delivered have already been introduced and all that can be done is now is to ensure that delivery is successful. But this thinking is emblematic of the kind of defensive stance that has consistently left the green wing of the coalition struggling to pull off the kind of comprehensive victories that are needed. There is plenty the Lib Dems can still do to build on their green reputation, if they are willing to fight for it.

First up, there is the small matter of the upcoming battle over the fourth carbon budget. It is an open secret that George Osborne wants to use the December review of whether the UK's emissions targets for the mid 2020s will put it at a competitive disadvantage to the rest of Europe to water down the targets and the manufacturers trade association the EEF this week fired the first shot in what promises to be a titanic battle by calling for the targets to be lowered.

The Lib Dems and the green wing of the coalition have no option but to win this fight. It must be non-negotiable for an Energy and Climate Change Secretary that they work to carbon budgets that are credible and compatible with the recommendations of the government's independent economic and scientific advisers. There is no wriggle room here, the government cannot comply with the Climate Change Act and recognise climate change as a serious threat to the UK's long term security at the same time as watering down its decarbonisation ambition to suit political ideology or vested interest. Osborne will no doubt demand some concessions in return, but the Lib Dems, the green Tories, and indeed the Prime Minister need to make it clear that ambitious carbon targets are sacrosanct. This is a fight that they need to win, and be seen to win. Billions of pounds of investment and the credibility of the UK's position in the fast expanding global green economy are at stake.

Secondly, and as importantly, the Lib Dems need to find a way to promote and perhaps even push through a second wave of ambitious green policies. Conventional wisdom suggests the focus will now be on delivering on existing policies and hopefully securing international progress at an EU and UN level. But at Defra and DCLG Owen Paterson and Eric Pickles have shown that it is possible to advance their anti-green economy agendas during the second half of the parliament. The Lib Dems need to show the same political savvy.

Here is just one idea that would cause an almighty political scrap, but would also serve to demonstrate that the Lib Dems are not simply in the business of holding what they have. If Paterson is willing to launch a land grab on DECC and order a review of the impact of energy projects (read wind farms) on house prices because of the effect on rural communities, what is stopping Davey ordering a review of the UK's waste strategy because it is impacting on his department's ability to meet its renewables targets? If Defra with its staggeringly unambitious waste strategy and DCLG with its watering down of efficiency regulations will not play a full and proper role in helping the UK meet its emissions targets, why shouldn't DECC put forward its own proposals to ban food waste from landfill or ensure the UK's building efficiency rules are enforced? It may represent the politics of the playground, but it was Paterson and Pickles that started it.

For years the Lib Dems have been strong advocates of the green economy, but as conference season approaches green business leaders will be hoping for a powerful demonstration that environmental responsibility and ambitious green policy is still core to the party's purpose. 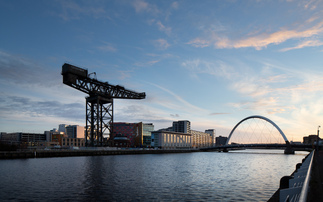 City leaders from around the world commit to 'just transition', as protesters criticise pace of UK climate action 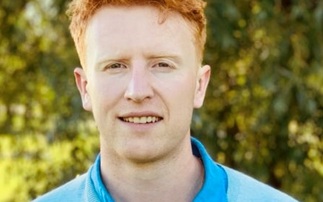 With 100 days until CO26, where has the government has got to?

Now should be the time for the Prime Minister to get more involved in diplomatic work for an ambitious outcome at COP26, writes Green Alliance's Joe Tetlow