Green businesses have nothing to fear from proper lobbying reform

Wide-ranging reforms of parliamentary rules are long overdue, and green businesses and NGOs should be leading the charge

In the words of those great moral philosophers of our time, Radiohead, "you do it to yourself, you do – and that's what really hurts". The initial reaction to the latest wave of lobbying scandals to rip through Westminster is to wonder once again, when will they ever learn? Tim Yeo and Lords Cunningham, Laird and Mackenzie of Framwellgate all deny any wrongdoing and with no agreements having actually been reached with the undercover reporters, I suspect each will mount a pretty strong defence. But your casual observer will remain amazed at both the manner in which certain parliamentarians will consider commercial opportunities and the extent to which the rules governing conflicts of interest apparently allow conflicts of interest so long as they are declared.

Regardless of the outcomes of the various investigations, the fact is that parliament's reputation has been tarnished yet again, and, like it or not, the Sunday Times' decision to pose as a solar company and target an MP with known clean tech interests has tarnished the reputation of green businesses by association. With Yeo announcing that he is to step down from his role as chair of the Energy and Climate Change Select Committee to focus on clearing his name, anti-green voices in the media have been quick to try and make the environmentally-focused nature of Yeo's commercial interests central to the story.

This is such a ridiculous red herring that the argument falls apart on the most cursory of inspections. Unfortunately, this scandal could have been replicated using fake businesses from any number of sectors, as evidenced by the fact that before the Sunday Times published its investigation, Tory MP Patrick Mercer resigned the whip over allegedly failing to fully declare money offered by lobbyists purportedly acting on behalf of the government of Fiji. The Sunday Times' investigations say as much about the solar industry and the behaviour of green-minded parliamentarians as The Telegraph investigation says about the Pacific Islands and the behaviour of ex-soldier MPs. The identities of the characters created by the undercover reporters are wholly incidental to the real story.

That said, it is clear the Sunday Times made a conscious decision to use an imaginary solar company as the front for its expose in order to add further fuel to its increasingly anti-green editorial line. It is also worth noting that while I do not doubt for a second that there are serious conflicts of interest amongst parliamentarians with links to oil, mining, and other carbon intensive industries, I suspect fossil fuel lobbyists and the politicos they work with are more savvy about how they speak to people they do not know. As such the green economy has been dragged into this scandal, and its opponents will now use the Sunday Times' revelations to push forward a narrative that suggests clean tech firms are subsidy junkies whose profitability is only assured by their lobbying nous.

What can green businesses do to challenge these unfair allegations? The answer is simple, green businesses and campaigners should be at the forefront of the push for real and meaningful lobbying reform.

Legitimate lobbying is entirely justified and necessary. Businesses, NGOs, think tanks, and trade unions of all stripes have the right to deliver proposals and advice to governments and MPs – in fact, many of the most successful policies of recent years originated outside of government and were only made possible by responsible and effective lobbying. It is noteworthy that some of the most powerful advocates for lobbying reform are lobbyists themselves, who realise that their legitimate activities are compromised by the behaviour of their less responsible peers.

A lobbying register and greater transparency is a good place to start and it is shameful that David Cameron waited for the latest scandals to break before finally acting on his long-standing promise to deliver new rules. But while it would be useful to know which clients Lynton Crosby works for on the days when he is not advising the Prime Minister, it is clear that greater transparency alone will not tackle the conflicts of interest that are at the root of nearly all lobbying scandals and which so undermine public confidence in the political process.

The bigger problem is posed by the direct links between corporations and parliamentarians that create these conflicts of interest. The arguments for allowing MPs and Peers to hold separate commercial posts are well established – it allows them to retain a wide range of interests, keeps them abreast of the latest business developments, and ensures they remain part of the 'real world'. But, valid as these arguments are, each lobbying scandal makes the arguments against such dual roles ever more compelling. It is time for a serious debate about tighter restrictions on the commercial roles parliamentarians can take, and if this means paying MPs and Peers significantly more then so be it.

This debate has finally started with calls mounting for Chairs of Select Committees to be restricted from taking posts that are directly related to the issues they address. With the interim Chair of the Energy and Climate Change Committee, Sir Robert Smith, kicking off his time covering for Tim Yeo by reiterating that he has registered shareholdings in Shell and Rio Tinto it seems as good a time as any to have such a debate. However, it already appears that its parameters are too narrow. If the chair is the only person who can influence the committee, why have a committee at all? Is there is a single credible argument as to why committee members are allowed to serve as paid directors in industry's they are paid by the taxpayer to oversee? Whether MPs are being paid by green energy firms like Yeo or fossil fuel companies like Peter Lilley, is it appropriate that declared conflicts of interest are simply waved through by parliament?

Proper widespread reform of the parliamentary rules governing external posts would no doubt send shockwaves through Westminster and it would have to be accompanied by a serious pay hike for MPs to stop an exodus of talent. But even if MPs are justified in arguing that their external sources of income have no bearing on their behaviour in parliament, they must surely accept that it would help their profession's battered public reputation if they did not have to defend themselves against charges of conflicts of interest.

Moreover, there is no doubt that a more concerted effort to sever the link between corporate cash and our democratic representatives would only benefit the green economy. As campaigners such as George Monbiot in the UK and Bobby Kennedy Jr in the US have argued, the low carbon transition would be a lot easier if comprehensive democratic and political funding reform stopped vested corporate interests lining the pockets of our political representatives.

The Sunday Times' stings may have sought to highlight the role of green lobbying, but the fact is that those corporate interests seeking to protect the status quo and block the low carbon transition have far more financial clout and political influence in the world's corridors of power than the clean tech sector ever will, as evidenced by the way in which global subsidies for fossil fuels still dwarf those on offer to renewables. This may seem naively idealistic, but there is no doubt that a concerted effort to get corporate money out of politics would make it far easier for politicians to make a dispassionate assessment of the need to decarbonise and the best way to do so based on the available evidence.

Green businesses and legitimate lobbyists have nothing to fear from comprehensive and ambitious reform of parliamentary rules, they should be leading calls for better regulation, not allowing anti-green voices to pull them into a scandal that is not of their making.

'We must pull together': Alok Sharma urges world leaders to honour their climate pledges at COP26 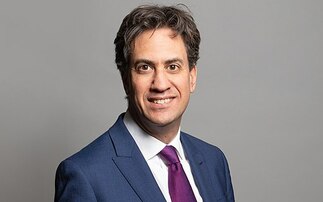 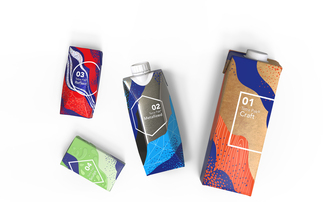 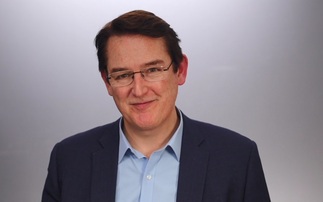