The Tank has never been one to stand on ceremony, although turning up to our cousin's wedding in nothing more than the tightest pair of Speedos owed much to a tragic misreading of the dress code rather than our legendary insouciance. And let's not rehash the infamous 'dress down Friday' incident we took to its logical, naked conclusion. My, the looks we got on the Tube.

So in that spirit we raised a fine glass of Los Vascos 2008 Cab Sauv at the news that Chile's government wants to reduce the hum of air conditioners across the South American nation by simply asking businessmen to remove their ties.

An advert airing across the country features economy minister Pablo Longueira whipping off a rather fetching pink and white number and undoing his top button with obvious relief.

"Let's all take our ties off this summer to save energy," he says, before the other energy minister and other senior government officials shuffle into view sans ties.

A sterling effort to reduce energy consumption and bring a bit of levity to national affairs, the Tank thought, as we chowed down on a rather splendid Pastel de Choclo.

But it seems that one Santiago resident was rather less impressed.

"There are things that really go along with being formal and well structured," Gonzalo Castro told news agency Reuters. "The president can't go around without a tie. Nor should a government minister, an engineer, a doctor or a journalist."

A low blow, that last one. Still, it proves the one immutable rule of government: you can't please all of the people all of the time.

"Quite a coup" - Green quotes of the week

Success in Durban can not disguise need for climate adaptation 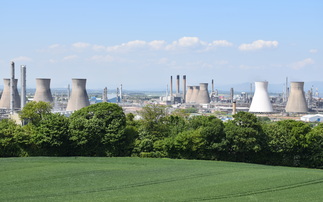 Ahead of the recent dramas in the energy market, Octopus Energy CEO Greg Jackson spoke to BusinessGreen about how the sector has to adapt to technological and climate realities