Solar campaign threatens to leave blood on the rooftops

An escalating conflict between government and the solar sector reached new heights today when  Friends of the Earth threatened to take ministers to court over plans to slash feed-in tariff incentives.

And, as any environmentalist knows, a successful campaign must have a good name - a name that conjures up images of justice, resistance, victory and, in the case of the solar industry, Tarantino-esque ultraviolence.

You can understand the solar industry's anger at proposals that will push many successful firms to the brink of bankruptcy, but is naming your campaign Cut Don't Kill the best way to win delicate floating voters to your cause?

Why not go the whole hog and call it, Stab Don't Slaughter, or Trim Don't Traumatise? After all, every successful lobbying campaign needs to be associated with images of evisceration, bloodshed, death and destruction.

Inevitably, The Tank has already heard rumblings of discontent from the solar industry's pacifist wing, some people arguing that the campaign should adopt a name that does not sound like the tagline for a slasher film.

Even Alan Simpson, not one to back away from a fight during his days as an MP, is reluctant to march under the banner Cut Don't Kill and is now leading calls to change the campaign name to Raising the Roof, a reference to the need to raise the feed-in tariff spending cap as the most effective way of supporting the industry.

However, The Tank understands that a name change is now looking unlikely, meaning that the admirable campaign to get the government to rethink its potentially catastrophic changes to the feed-in tariff might need an 18 certificate. 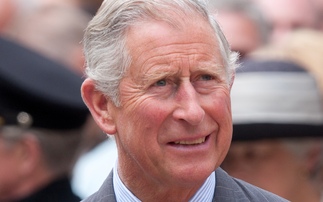 RE:TV will feature films on the most innovative recycling and reuse ideas