The argument against mandatory carbon reporting has hit the canvas

Let's be honest, most green and low-carbon policies are pretty complicated. You may believe they are urgently required and will prove beneficial, but unless you are a particularly one-eyed environmental campaigner it is usually possible to understand there is another side to the argument.

As such, even the most ardent supporter of renewable energy should accept that policies to support the sector must be well structured to address concerns over costs, while growing numbers of environmentalists recognise that national and regional climate change policies could be undermined if they simply encourage carbon-intensive firms to relocate to countries with less stringent emissions rules.

However, green policy proposals occasionally emerge, where the case is so watertight and the opposition so weak it is hard to imagine why they have not been introduced sooner.

The government's recent decision to enact the fourth carbon budget in line with the independent climate change committee's recommendations was one such occasion, where the committee's case for action so outweighed Treasury concerns about the impact on the economy that David Cameron had no choice but to sign up to the new emissions targets or risk seeing his environmental credibility go up in flames.

The proposals to introduce mandatory carbon reporting rules for large firms, the consultation for which draws to a close today, are another such occasion.

To use a timely analogy, the case for and against imposing mandatory reporting rules on large firms is as mismatched as a Haye-Klitschko title fight. The case 'for' is Klitschko, while the case 'against' keeps falling over and whinging about its broken toe.

Those arguing against the introduction of rules requiring large firms to report on their carbon emissions each year in line with standardised reporting rules are few and far between.

Some small business groups have raised fears about the potential administrative burden, choosing to ignore the fact that the proposals put forward in the government's consultation would only impact listed companies or large energy users.

Meanwhile, some Conservative backbenchers and old school business dinosaurs have teamed up to complain against the proposed rules on the grounds that all environmental "red tape" is evil and unnecessary. Although this argument rather falls down when the CBI and a large number of high-profile businesses are actually arguing that the new reporting rules should be introduced on the grounds they will deliver net commercial benefits.

Moreover, study after study has shown that while the cost of compliance with any mandatory reporting rules will be relatively modest, the savings that could be realised will be substantial, both in terms of financial costs and carbon emissions.

The only barriers standing in the way of this sensible and entirely pragmatic proposal are anti-regulation zealots in Defra and the department for business, and the government's absurd one-in one-out rules for any new regulations.

There is quite simply no compelling reason for these proposals not to be enacted. As with the debate over the carbon targets contained in the fourth carbon budget, the argument against action is so weak that the government has no choice but to support the proposals or risk watching its green credentials get knocked out. 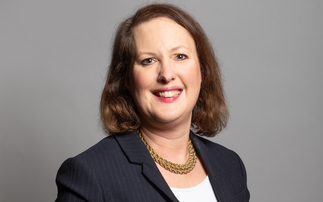