How soon is now for British Summer Time?

Time is tricky business. As you might have gleaned from the title of his iconic song, Morrissey never quite got the hang of it. Actually, the Tank was once informed that the illusory effect we call time is a product of our inability to perceive everything at once, which immediately tipped us off that we'd called entirely the wrong hotline.

Yet, despite its fabricated nature, as a race we've long tried to own time: humanclock.org has brought a new meaning to clock faces, various points during the day have been hijacked by gas-filled lager brewers and pop non-entities to give us, respectively, Miller- and Chico-time, while The Sceptic Tank doesn't even need a watch to tell when it's beer o'clock.

So the proposal to put the UK's clocks forward an hour has both exciting and worrisome aspects for the Tank. For example, when do we now eat After Eights? And at what time is the sun sufficiently over the yard arm to crack open the sherry cabinet?

Of course, while the media would have you believe the real debate is over massive carbon savings and accident prevention, the Tank knows what's really going on here.

Yes, we're pretty certain that Tim Yeo, head of the Energy and Climate Change Committee which backed the time switch, is a cricket fan and has spent much of his life agitating over whether little Dickie Bird would allow that additional hour's play so often lost to murky summer evenings.

Although, with the England nearly losing to the Netherlands yesterday and the world's best team visiting this summer, Straussy, Broady, Swanny et al might just hope they are spared the prospect of sunny summer evenings watching India bat them into the ground.

Holcim cements plans to be 'nature-positive' by 2030

From laggard to leader: How the UK can capitalise on the heat pump opportunity 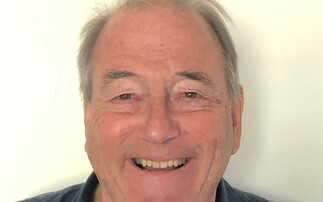 The Green Heat Network Fund will replace the Heat Networks Investment Project from 2022 and aims to fund 10.3 megatons of carbon emission savings by 2050

We're talking about the cost of clean energy wrong