Why cities need to go further than net zero pledges

Action at city level is essential to meet national targets to limit drastic increases of global temperatures. More than half the world's population lives in urban areas and generates 70 per cent of global energy-related greenhouse gas emissions. In the run up to COP26, we saw the number of net zero pledges and climate commitments coming from cities soar. In fact, more than 1,000 cities and local governments committed to limiting global temperature rise to 1.5°C, in line with the Paris Agreement.

As the latest report from the Intergovernmental Panel on Climate Change (IPCC) highlights, cities are on the front line and critical to meeting national climate pledges. These pledges  - if met in full and on time -  should limit global temperature rise to 1.8°C by 2100 according to the International Energy Agency (IEA). However, few cities have made credible science plans that are truly based on scientific evidence and are actionable, measurable and sufficiently funded. As national climate pledges are ultimately underpinned by pledges on a city level, as well as dependent on local governments successfully reaching their targets for progress to be made on a national level, they are also consequentially doomed to fail if cities fall short in meeting their own.

While pledges are a great marker of ambition, they are voluntary commitments, meaning that little is often disclosed about how they will be achieved, or how the target dates and interim milestones are calculated. Often, pledges around carbon neutrality, or certain temperature targets to be achieved by a specific year can be misaligned from a city's actual carbon-budget and divorced from scientific rationale.

When cities do not calculate their carbon budget, fail to base their pledges on scientifically proven actions, or to create a realistic funding plan, it casts doubt on whether they will be able to contribute to achieving national climate targets at all.

To make sure that they are useful and constructive, net zero pledges must have an implementation plan that comprises science-based targets, clear costs and benefits of implementation, and structured funding plans. They must also tightly link the set out actions to emissions in a logical and evidence-based way.

But why is it that cities do not succeed in creating concrete plans to support their pledges?

Currently, cities have a huge quantity of data, but lack both the tools and the methods to make sense of it. Overwhelmed and ill-equipped decision-makers delay much needed, concrete action to make cities more resilient, while also failing to harness their capacity to mitigate the worst impacts of climate change. Leaders at the city level need concrete guidance on how to build plans that effectively support their pledges, as well as integrated tools that support their decision-making throughout the entire process.

Building a credible, effective and science-based plan with the ClimateOS platform

The challenges presented make it clear that cities need to adopt new ways-of-working when dealing with the complexities of climate planning, as well as to move from mere goals and promises towards concrete, well-developed and well-understood plans and actions. For that, cities must have the ability to analyse data and to draw insights that can reliably inform their decisions.

Transparency is crucial to achieve broad buy-in and support from the urban community, as well as from other stakeholders and funders. Digital, integrated platforms that enable planning and reporting may provide cities with the best opportunity to achieve this and to progress towards implementation. To be effective, such a platform must also help urban administrations to handle the latter steps of the implementation process, such as modeling and analysis; monitoring and reporting; and stakeholder engagement and communication. The latter of which also benefiting the local government during the fundraising and financial planning stages.

By using ClimateView's ClimateOS platform, cities who have set a net zero pledge can make sure it is delivered upon by developing a credible and verifiable plan that will move them towards accelerated and effective climate action.

By using an end-to-end approach and working through the entire lifecycle of a climate action plan, the ClimateOS platform enables the user to analyse the data in an user-friendly and effective way, linking emissions to targets and targets to action and cost. This empowers decision-makers to create verifiable plans, while also being able to identify the gaps that would otherwise lead to the pledge falling short on and being unable to contribute to national targets.

In doing so, the ClimateOS platform equips leaders with the right knowledge and tools to turn climate failures into success stories, helping cities to take on their role as frontrunners in climate action.

This article is sponsored by ClimateView. 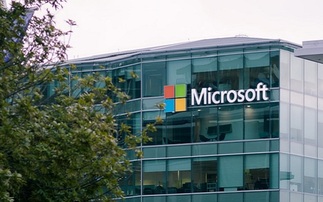 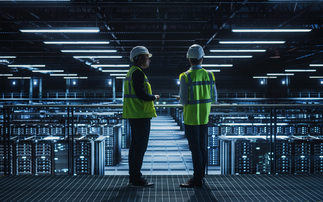 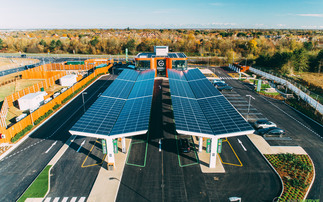