There is clear consensus that our energy market requires change, but no one can agree on how far and deep the changes should go. The Committee on Climate Change has concluded that the market is bust and has called for radical reform to ensure that most new electricity generation is zero carbon by 2020. In contrast, some of the big energy companies want incremental change to avoid an investment hiatus and to protect their energy trading businesses.

Yesterday's green paper suggests that Chris Huhne wants to keep both the reformists and the incrementalists happy by using the language of transformation, without threatening the interests of the current energy players. He opens the door to bold reform, but has not yet set the low carbon trajectory that will determine the investment patterns of the electricity sector.

First, the good news. The Coalition's favoured option offers the prospect of overcoming two very significant barriers to a low carbon energy system. The first is that it reduces the huge variability of prices that power generators receive for their green energy and therefore brings down the cost of capital. This will make financing new renewable schemes cheaper.

The second is that it offers the real prospect of creating a market for energy efficiency, in which businesses can bid to save energy and sell 'negawatts' rather than megawatts of power. This is a system that has operated well in California, and should stop power companies building new plant that we don't need.

There is no doubt Chris Huhne is dangling some carrots for energy businesses to do the right thing. Whether they are tempting enough to deliver the radical decarbonisation the Committee on Climate Change has called for, however, is an open question.

The answer depends largely on whether more money can be made by building conventional gas power stations, or whether emissions standards drive investors away from unabated fossil fuels. New gas power stations are currently the most attractive option with a record number of applications and the prospect of a second 'dash for gas' in the UK. The first happened shortly after electricity privatisation in the 1990s and had a very positive impact on carbon emissions because it replaced coal generation. The second may well increase carbon emissions because it could crowd out investment in new zero carbon generation.

The Committee on Climate Change has recommended a number of ways to solve this problem. Its central recommendation is to tender long-term contracts for carbon, which would ring fence increasing volumes of the market for zero carbon generation. Yesterday's green paper reflects a government leaning in this direction but still undecided.

Unfortunately it seems strangely ambivalent about another complimentary recommendation, which is to use an emissions performance standard (EPS) to provide certainty about the future of carbon capture and storage on gas and coal plant. Using an EPS to send long-term signals to investors was actively championed by the Conservatives in opposition, and it remains the benchmark for successful market reform for the environment community. Without an EPS to constrain high carbon investment, government makes itself entirely dependent on being able to set a high enough price for renewable and CCS generation for them to be more attractive than unabated gas. That's a big gamble and it makes government vulnerable to having its arm twisted by generators if they demand higher prices to meet carbon and renewable targets.

The last government produced four major energy policy reviews in eight years. It talked big on the challenges but walked small in the decisions it made. Whether this process breaks the trend depends on whether the Coalition has the courage to build a decarbonisation pathway into the architecture of the energy market. If it does, it will provide clarity to investors, bring new businesses into the market and bolster the prospects of green growth in the UK. However if it produces another incremental step for energy markets it will end up having created an investment hiatus for little gain. This consultation will trigger a fierce debate but we will have to wait a few more months to know whether Chris Huhne will deliver on his promise to oversee the biggest reform of energy markets in a generation.

Matthew Spencer is director of the Green Alliance think tank 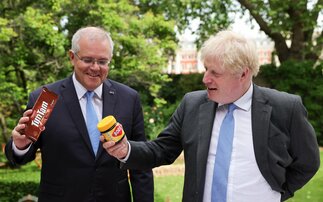 After net zero, we will need to go much further and clean up historic emissions

51.6 per cent of voters strike down federal government’s plans to hike taxes on petrol diesel, heating oil and natural gas