Building a better, low-carbon future is within our grasp but we need a plan to deliver it

The atmosphere here at the Paris COP21 Climate Summit has been one of bustle, camaraderie and positivity, quite a contrast to the drama and desperation we all felt in Copenhagen six years ago. A temporary town of chipboard stands and pavilions on the outskirts of Paris is playing host to thousands of examples of business solutions for climate change. Meanwhile, in an adjacent area, government negotiators are quietly working through the final details of the legally binding agreement that is fully expected to come out of this Summit.

The focus for us at Bioregional at COP21 is around our work on creating zero carbon new homes and communities. Thirty per cent of energy used globally is in buildings. IPCC scientists tell us that to stay within a 2C temperature rise and avoid dangerous runaway climate change, all buildings need to be zero carbon in building energy use by 2050; to achieve this, the work needs to start now.

So it was great to see a Global Alliance for Buildings and Construction launched at the COP21 last Thursday by France's ecology and environment minister Segolene Royal, who then committed to zero carbon buildings in France. She was followed by a raft of commitments from industry leaders including CEOs from LaFarge, Holcim and Saint Gobain and governments from Finland to Senegal.

Energy efficiency and renewable technologies in our buildings are a no-brainer in that they save carbon and money, as well as making for a more comfortable living environment. But how to finance it? We heard Canadian Minister Glen Murray talk through the dilemma of costs to retrofit buildings today needing to be offset against future energy bills, with the big challenge being the creation of new financial products to support this.

The last UK government wasn't able to make a success of this idea with the Green Deal. Surely, given some light touch enabling support by government, this is a massive business opportunity for our financial services industry in the UK at a time when the growing divestment movement is freeing up trillions of dollars looking for a safe home.

At Bioregional, we only build zero carbon homes which enable a low carbon or what we call a 'One Planet' lifestyle. We do this because it's the right thing to do but also because it brings a commercial advantage. Our 172 apartment One Brighton development in central Brighton, a JV with Quintain and Crest Nicolson, was built to zero carbon standards and this was achieved at a cost similar to that of other buildings. It sold faster than comparable developments and has higher rental values. The low carbon lifestyle design makes for a more attractive place to live and work.

This year we secured investment in a joint venture with a leading American real estate company to build zero-carbon 'One Planet Communities' in Greater London to the value of £200m and are currently working to raise a larger ‘One Planet Communities Fund'. The low carbon sector has had a head start in the UK and we have found that our own experience is much in demand around the world, as we advise and partner with local authorities and developers from Australia to China and North America.

There will be renewed enthusiasm and commitment from business to grow the low carbon sector following the Paris deal, both internationally and at home in the UK. But as the Aldersgate Group, of which we are members, has highlighted several times to government in recent months, there is considerable work to do if the UK is to stay on track for meeting its own climate targets under the fourth carbon budget and grow its low-carbon economy. With most funding and policies ending in the course of this Parliament, the Treasury has a particularly important role to play in ensuring that the UK has the means to meet its low carbon ambitions through clear policy signals and funding allocated to energy efficiency and the development of low-carbon infrastructure beyond the end of this decade.

Business is more ready than ever to support government in building a thriving, low-cost and decarbonised economy in the UK. But we rapidly need a clear plan from government to help us deliver this vision.

Sue Riddlestone, OBE, is CEO and founder of Bioregional 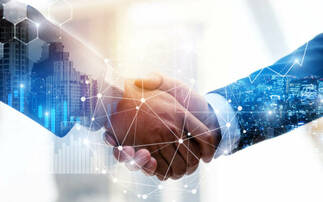