Technology, resilience, and affordability will be high on the agenda for green businesses next year

The climate change debate is getting heated. Scientists predict that 2015 will be the warmest year on record "by a mile" whilst a raft of predictions suggest the two degree celcius target will be exceeded. Politically countries such as the USA and China have set out their ambitions leading up to the Paris negotiations, while the new Sustainable Development Goals contain environmental commitments.

The pressure will be on companies to respond to the dual pressures of political desire and scientific evidence. Hubbub believes there will be four key themes emerging in the year ahead around which companies should focus their response.

For too long responding to climate change has been dumped by politicians, companies and consumers into the "can't afford it now" category. Concerted effort needs to change this narrative and there is a wealth of evidence to back-up a change in the storyline. A growing band of economists are demonstrating that taking no action will be costlier in the long run than thoughtful investment. The cost of new technology - particularly in renewable energy - is decreasing making it increasingly price competitive. Most intriguingly a growing number of companies, such as IKEA, are demonstrating that sustainable products can be produced at no additional cost to the consumer bringing change into the mainstream.

Companies need to be honest in confronting the fact that business as usual is not a possibility in a world where the climate is changing. Across the spectrum from investment in fossil fuels through to the future supply of coffee beans, people need to be aware that we have to change existing models and that these changes are necessary for future well-being. Persuading people that the status quo is not a viable option will create a more receptive audience as companies seek to develop increasingly resilient business models.

New technologies and disruptive business models are emerging and these need to be implemented rapidly and at scale. In any period of change there will be winners and losers. This has to be acknowledged and government needs to step up to the plate by ensuring there is a safety net for sections of society that are going to be adversely hit. Similarly companies cannot get away by shining the light on just the most sustainable parts of their business while carrying on less salubrious activities elsewhere. Change is needed across the board.

Many proposed solutions such as smart cities, smart homes and driverless cars require data to be collected and shared. There needs to be debate about who owns this data and how it is used. On the one hand smart meters sound fantastic but what happens if people hack into the system and have control over your home energy and water which could have significant consequences? Similarly public space in our towns and cities could offer more sustainable solutions such as communal growing of local food. How best to utilize this space is an untapped debate.

It is likely that 2016 will be a momentous year and Hubbub will be seeking to explore these four themes in greater depth as the year progresses. 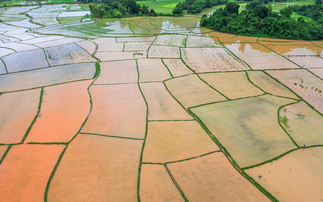 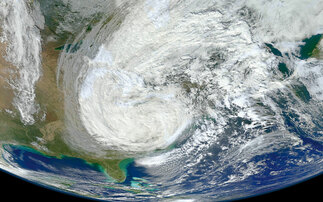