For business leaders gathering in the Swiss Alps this week, 'Globalisation 4.0' holds the answers to one of the world's biggest problems: climate change.

The buzzword that will dominate the World Economic Forum (WEF) in Davos this week is a call to resist the urge to withdraw behind national barriers and create a world of public-private partnerships that guide the free market to create economic growth, sustainability and social benefits, according to WEF's founder and executive chairman Klaus Schwab.

However, green groups and academics counter that government regulation remains vital for protecting citizens and the environment from the failures of the market. The same technological changes driving this new phase - automation and clean technology, among others - are destabilising society and politics, raising serious challenges for the response to climate change.

Domestic upheavals such as Brexit, the French gilets jaunes protests and the US government shutdown are forcing political leaders to turn their attention inwards - in fact keeping Britain's Theresa May, France's Emmanuel Macron and America's Donald Trump from attending the Davos summit.

In the energy sector, the speedy shift to renewable energy is already leading to job losses in more labour-intensive coal mining and power generation, while the automation and electrification of cars is set to change the skills needed in the auto industry.

The backlash response has been calls for protectionism of jobs and critical industries. But, Schwab argued, cross-border problems like climate change require "a new social compact between citizens and their leaders, so that everyone feels secure enough at home to remain open to the world at large".

"It will take an unprecedented level of collaboration and innovation, involving many outside the public sector, to trigger the big, systemic transitions required in industry, technology and the design of consumer goods and services to keep warming to less than 1.5C," he wrote last week.

BlackRock's chairman and chief executive Larry Fink echoed the sentiment in his annual letter to CEOs last week, saying society is "unnerved" by the government failure to resolve social and economic issues - and looking to companies to fill the gap.

Environmental concerns dominated the top risks for business leaders surveyed by the WEF this year. They include extreme weather, the failure to mitigate climate change and adapt to its effects, man-made damages such as oil spills and a major loss of biodiversity.

Green campaigners and academics agree that the private sector is crucial to developing new clean technologies and re-directing investment, and that globalisation can help spread and share the work.

Yet they want governments to take a stronger role in shoving companies in the right direction and making sure that business incentives don't trump social issues such as employment and poverty.

Climate change is a symptom of a "broken global economy" that focuses almost entirely on GDP growth and ignores the negative consequences such as inequality, environmental damage or unpaid care work at home, said Tim Gore from Oxfam International.

Globalisation so far has also made economic production more vulnerable to climate change, as a flood or typhoon in one country can lead to higher prices for exports to another, Germany's Potsdam Institute for Climate Impact Research found in a study last year. For example, Chinese exports to the US and Europe will pass on the effects of rising river floods in China, which won't be balanced out by trade back to the country.

"We agree that the market, and thereby globalisation, can dampen impacts along supply chains, but it very much depends on whether you are well equilibrated in your trade relations," said Anders Levermann, an author of the study. But it has to be directed by political goals. "A market is a good thing because it's very powerful, but it has to be complemented by an incentive structure that is set by what we as a society want. It cannot be stand-alone."

Campaign groups agree, saying a new wave of globalisation without a strong regulatory role risks widening the gap between those in Davos and the so-called 'precariat' who will be hit hardest by climate change.

"One in which governments take a stronger role to regulate the private sector, ensuring that there isn't a race to the bottom on social and environmental standards between companies, but rather a strong foundation on which the market has to be built, where emissions have to go to zero and the most egregious forms of inequality need to be reduced," said Gore.

The World Economic Forum's survey shows that economic, social and environmental problems are interconnected, and require more than a shift in business to fix them, added Katherine Kramer from Christian Aid.

"Business tends to have a fiduciary duty to maximise profits, and that doesn't necessarily create the space that we need, unless we have government regulations looking at social and environmental impacts," Kramer said. "If you're looking at economics only, then you're not doing sustainability properly." 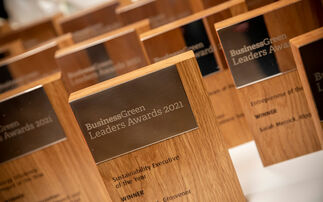 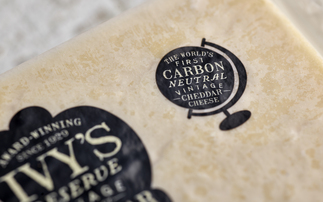 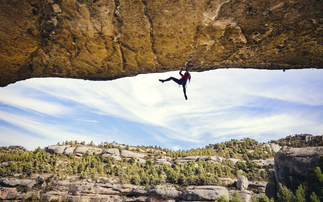