A total of 155 countries have now submitted climate action plans ahead of the UN climate talks in Paris, after a number of laggards submitted emissions pledges this week as international climate negotiators gathered in Bonn for the latest round of talks.

Three weeks after the official deadline for so-called Intended Nationally Determined Contribution (INDC) plans to be filed with the UN, Burkina Faso today became the latest country to submit its proposals for tackling climate change. The submission followed similar pledges in recent days from Sri Lanka, the United Arab Emirates (UAE) and Afghanistan.

Burkina Faso pledged to reduce its emissions 6.6 per cent by 2030 compared to a business as usual scenario, rising to 11.6 per cent if international climate finance is secured to help it invest in clean technologies. The pledge comes less than a month after a coup saw a military junta take power for a week in the landlocked West African country, before stepping back down.

Meanwhile, the UEA's plan, which it submitted yesterday, failed to make any concrete commitment on reducing greenhouse gas emissions. However, the country did include a target to source 24 per cent of its energy from clean sources - which it says includes nuclear - by 2021, a significant rise on the 0.2 per cent it contributed in 2014.

A major report released earlier this year concluded the UEA could save $1.9bn (£1.27bn) a year by securing 10 per cent of the country's energy from clean sources by 2030.

The submitted plan also says the country will increase efficiency and reduce emissions in the oil and gas sector and undertake "comprehensive policies" to reduce energy and water demand including tariff reform, however no other concrete pledges are given. The UEA said its actions are based on a strategy for "economic diversification" which will "yield co-benefits" for mitigation and adaptation.

However, the UEA has so far failed to pledge any climate financing for poorer countries, despite being among the richest nations in the world.

The UEA is the second Gulf state to submit an official climate action plan after Oman, which on Monday submitted its proposals to reduce greenhouse gases by just two per cent below a business-as-usual scenario by 2030.

Sri Lanka also submitted its plan yesterday, promising to reduce its emissions seven per cent by 2030 compared to a business-as-usual scenario, rising to 23 per cent with external support.

Afghanistan submitted its plan last week, saying it would reduce emissions by 13.6 per cent compared to a business-as-usual scenario by 2030, though this is conditional on it receiving over $17bn in climate finance.

Niger, Guinea, Uganda and Togo also submitted their pledges this week. Niger promised a 3.5 per cent reduction by 2030 compared to its business-as-usual scenario, rising to 34.6 per cent on condition of external financing. Guinea, meanwhile, laid out plans for a 13 per cent emissions reduction by 2030, based on 1994 levels, conditional on international support and excluding land-use change and forestry. In its submission, the country highlighted that its national poverty rate stood at 55.2 per cent in 2012, with one in every three children suffering from malnutrition.

Uganda also highlighted its vulnerability and low emissions impact in its submission. The plan set out a range of policies, which it said could result in a 22 per cent emissions reduction by 2030 compared to business as usual. Meanwhile, Togo's submission pledged an 11.14 per cent reduction by 2030, rising to 31.14 per cent if climate funding is given, again based on a business-as-usual scenario.

Iran, the largest polluter yet to submit a plan, said on Wednesday it will reveal its contribution in mid-November. Speaking to Bloomberg, Majid Shafie-Pour - Iran's delegation chief at the ongoing UN climate talks in Bonn - said the country could quadruple its pledge if economic sanctions imposed by the US, United Nations and European Union are ended.

"We would really have to have at least two different plans - one with the existing technology available to ourselves, the existing level of investment and financial resources and the capacity under the unjustifiable sanction regime," Shafie-Pour told Bloomberg. "The other side of the coin that we are favourably looking at would certainly be making three to four times the effect once the sanctions are lifted."

Saudi Arabia, Venezuela and Nigeria have also not yet submitted their plans. However, the vast majority of countries have now unveiled emission reduction plans, fueling hopes the system of INDCs can mobilise a major increase in clean tech investment around the world.

Critics have warned the pledges submitted so far are not compatible with the internationally agreed goal of limiting temperature increases to 2C. But diplomats gathered in Bonn this week have been discussing plans for a review mechanism for the INDCs that could see them strengthened over time.

Are the Paris Climate Talks having a last-minute wobble? 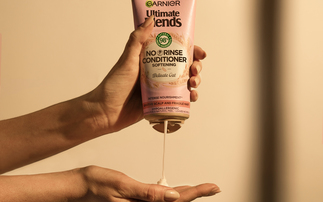 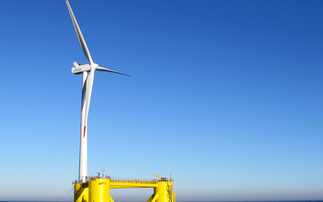 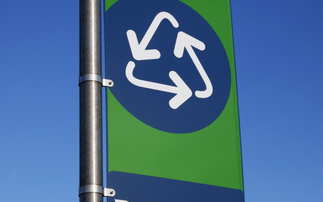