The old joke suggests nuclear fusion is always 30 years away, but undeterred a British firm is now working to connect a nuclear fusion reactor to the grid by 2030

The idea of nuclear fusion someday providing a cheap and abundant source of clean energy has been around for decades, but has long considered by many nothing more than a pipe dream.

Although we can see the effects of fusion taking place on a daily basis in the sun and stars, the technological development of any kind of nuclear fusion reactor capable of generating a useful amount energy back here on Earth has remained tantalisingly out of reach.

However, while it is unlikely the old joke about nuclear fusion - 'nuclear fusion is 30 years away, and always will be' - is unlikely to be retired any time soon, the fusion research scene has quietly begun to show signs of progress in recent years. Steady developments in the science behind nuclear fusion have led to a host of private-sector start-ups, and even major players such as defence giant Lockheed Martin are getting involved, leading to testing of innovative ways of building on the decades of work undertaken by government-funded institutes.

Among these is Tokamak Energy - a British firm in the process of developing a small nuclear fusion reactor which it says could be connected to the grid within the next 15 years.

Fusion is a process by which small charged nuclei fuse together to make bigger atoms, the huge advantage being the release of torrents of energy without the toxic waste or danger of explosion created by the nuclear fission reactions currently harnessed in current nuclear plants where larger nuclei are broken into smaller fragments.

However, the big hurdle which has proved so difficult for nuclear fusion researchers to overcome is the inability to deliver the sustained and massively high temperatures and pressures required to make nuclei hit each other and fuse together.

Since these conditions are so extreme, matter turns into a plasma which can not be contained with solid materials - other ways of holding them, such as magnetic fields, need to be used instead, and much of fusion research is focussed on developing magnetic confinement using stronger and stronger magnetic fields.

Large scale commitments such as the Joint European Torus (JET) project at the Culham Centre for Fusion Energy in the UK and the Tokamak Fusion Test Reactor at Princeton - which began working at full power in the 1990s - have delivered some results, with JET actually managing to produced 16MW of fusion power in 1997 - albeit only for a second and with 24MW of input energy.

Speaking to BusinessGreen, Dr David Kingham, chief executive of Tokamak Energy, explains how through these experiments it became clear the copper magnets normally used had too high a resistance to maintain the magnetic field for long enough to produce power. Scientists therefore realised superconducting magnets - which offer zero electrical resistance when cooled to very low temperatures - would be essential to get long lasting energy generation. The decision was therefore made to construct the ITER, an enormous reactor currently being built through an international research project in Southern France, which aims to use superconducting magnets to produce 500MW of fusion power. However, while construction of the €20bn, 35-metre-wide device began in 2007, it has encountered a number of difficulties and has still not been completed.

"Progress has been slow and people have got frustrated, and worried that these very large devices are going to be very slow to develop," says Kingham. "And given that you might need two or three more steps after ITER to get to commercial fusion, it starts pushing it into the 22nd century before it's a useful power source."

But as these projects have floundered and many have given up hope on nuclear fusion as a feasible power source in any kind of short to medium time scale, small firms such as Tokamak Energy are increasingly using scientific advances to try out new ideas for how energy from nuclear fusion could be made a reality.

Tokamak Energy is focused on the Tokomak technology used by these larger projects - a ring-doughnut shaped vessel first developed by Russian scientists in the 50s which has magnetic coils which trap the plasma. However rather than the conventional doughnut shape of Tokamaks, it uses a more compact spherical Tokamak developed by another side project at Culham laboratory called the Small Tight Aspect Ratio Tokamak (START).

Plasma in the START spherical Tokamak at Culham in 1997

In the experiments at Culham the device produced record plasma pressures for a given magnetic field, but its small size - which restricted the overall size of the magnetic field - initially made it difficult to see how the very high fields needed for fusion could be produced, says Kingham.

But the recent advent of high temperature superconductors - materials that behave as superconductors at much higher temperatures than the very cold conditions superconductors usually require - has changed this. These materials were discovered 25 years ago but its only in the last five years that their manufacture at scale and high quality has become possible, Kingham explains, opening up the doors to creating strong magnetic fields in the compact spherical tokamak.

Tokamak Energy was founded in 2010 by Kingham along with two scientists from Culham laboratory with backing from tech firm Oxford Instruments and government seed funding.

It has so far built two small devices of around one to two metres - one with copper magnets, another with high temperature superconductor magnets - and has plans to build three more small reactors as part of a five stage plan which it hopes will result in a small nuclear fusion reactor capable of being connected to the grid by 2030.

Hinkley will leave Britain behind the curve on energy policy Just days after seciring government funding for gigafactory plans, Britishvolt announces new partnership with UKBIC to support development of next generation of batteries for mass production 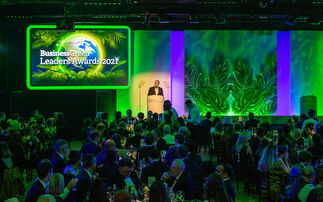 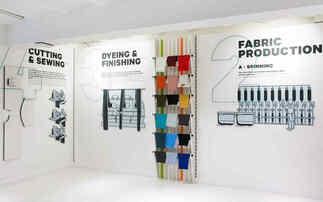 Plasma and laser treatments, spray dyeing, foam dyeing and supercritical CO2 all set to be tested in Fashion for Good scheme, which aims to accelerate the shift from wet to dry processing of textiles