Why the Sixth Carbon Budget is a BFD

The UK's world leading new carbon target for 2035 is worthy of celebration, but there are considerable caveats and growing fears about the government's 'magic decarbonisation tree'

This week's confirmation the UK is to set a legal target to slash its emissions by 78 per cent against 1990 levels by 2035 is what President Biden would call a BFD.

Whichever way you cut it, it is a truly transformational goal. It cements the UK's position as a global leader in decarbonisation, it will unleash waves of new climate policy and low carbon investment, and it means that before a child starting school this year has graduated the country will be more than three quarters of the way towards building what could be the world's first net zero emission economy.

It points to a world in which electric vehicles are completely dominant, all electricity comes with zero emissions, gas boilers are being sent to recycling centres in their millions, woodlands and peatlands have been expanded and restored, and new multibillion pound industries have been established to capture our industrial emissions, produce our hydrogen, and decarbonise our buildings, aircraft, and ships.

It would all add up to the largest, fastest, and most consequential industrial revolution in history, and with every major government and business in the world signed up to achieving it you would be brave to bet against it happening. After all, as the government was at pains to point out yesterday, all the carbon budgets to date have been met with room to spare and raw economics are now firmly working in favour of accelerated decarbonisation. Plenty of people said those first three carbon budgets were practically impossible and prohibitively expensive - they were wrong.

Yes, past performance is not a guide to future performance, but we do know how to slash emissions by 78 per cent. We know the technologies exist to put us within touching distance of the overarching net zero goals. We know those technologies can slash costs, boost health outcomes, improve quality of life, drive exports, create jobs, and help us 'build back better' in every sense. We can do this.

It would be nice to stop there. Nice, but dishonest.

Biden's famously sweary declaration that "this is a big fucking deal' was sparked by the passage of Obamacare - an historic victory for Democrats for sure, but a partial one that failed to trigger the wider reforms the US healthcare system so desperately needed.

The UK's Sixth Carbon Budget is part of an encouraging global trend that enjoys unparalleled cross-party support. But the details on how it will be achieved remain murky, and if anything yesterday's announcement managed to muddy them further. Number 10's statement stressed that "the government will look to meet this reduction target through investing and capitalising on new green technologies and innovation, whilst maintaining people's freedom of choice, including on their diet". It added that "that is why the government's Sixth Carbon Budget of 78 per cent is based on its own analysis and does not follow each of the Climate Change Committee's specific policy recommendations".

What does that mean? They land on the same number, but how then does the government's internal analysis of what can be achieved through the Sixth carbon budget differ from the CCC's calculations? Why is the government reluctant to follow the CCC's specific recommendations? Which policy proposals does it have a problem with? It sounds suspiciously like the government has identified a 'magic decarbonisation tree' to help it meet its targets that the CCC has not yet thought of. Could this new approach allow the government to avoid politically difficult decisions on diets, buildings, boilers, and coal mines on the understanding various techno-fixes will ride to the rescue in the early 2030s?

The government is keen to downplay such concerns, pointing to the Energy White Paper, Industrial Decarbonisation Strategy, National Infrastructure Bank, and North Sea Transition Deal, as well as the imminent policy moves on buildings, heat, and myriad other areas, as evidence of its seriousness.

But analysts have offered each of the government's decarbonisation policy moves to date a decidedly mixed welcome, praising the ambition, but warning they lack the necessary regulatory and investment support to put the UK on decarbonisation trajectory towards net zero emissions. As a separate major new report yesterday from Green Alliance warned, based on current policies the UK is set to badly overshoot its emissions targets for 2030 and beyond, even before you consider the moreambitious 2035 goal.

Meanwhile, anyone rushing to buy a new build property ahead of the end of the stamp duty tax break will likely find that it comes without solar panels on the roof and with a boiler they will have to soon replace with a zero emission alternative. Anyone looking to buy an EV has just seen the plug-in car grants cut and anyone looking to install insulation in their home has just watched the untimely demise of the government's primary green stimulus scheme and main mechanism for improving domestic energy efficiency.

The Sixth Carbon Budget is still a BFD. The investment signals are stark and the policy environment and technology landscape is improving all the time. There is a good chance the goals will be met and the economy remade in the process. But, as numerous expert commentators have stressed, if the hugely ambitious target is to be delivered then the government cannot rely on its instinctive techno-optimism. Bold political leadership and detailed policy development is also needed. And it is needed PDQ.

'We wanted to come up with something that was credible': Environment Agency Pension Fund reveals net zero plans

Study: EVs still three and a half times cheaper to run than petrol cars

'We need to get our skates on': The UK hydrogen pipeline is advancing, but will government give the greenlight? 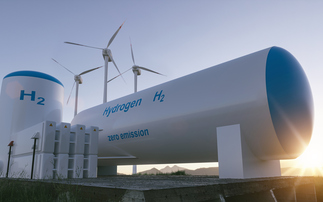 'We need to get our skates on': The UK hydrogen pipeline is advancing, but will government give the greenlight? 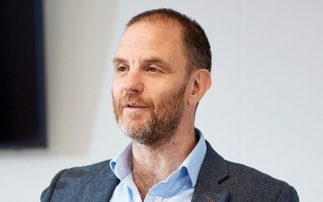 If the government wants growth, it needs to embed environmental protections in planning

There is a major opportunity to harness reform to the planning system to drive sustainable development, writes UKGBC’s Simon McWhirter